How will autonomous vehicles impact society?

The relationship between society and mobility is a two-way street.

All the ways and means by which people get around have profound impacts on how we interact with each other. At the same time, social considerations help steer the technology and infrastructure we use for transportation. Perhaps no state understands this better than Michigan, home of the Motor City and a rich history of automotive innovation. It’s also home to Michigan State University, a premier research university helping usher in the future of mobility, which includes a shift toward smart, connected autonomous vehicles.

As MSU’s researchers drive innovation in mobility, they’re also asking the important questions about how those changes will affect society and helping people prepare for those impacts. Not only are Spartan experts leading this line of research, they’ve helped give it a name: sociomobility.

“We are the first group to use the term ‘sociomobility,’” says Peter Savolainen, an MSU Foundation Professor in the Department of Civil and Environmental Engineering. “There is a wide range of societal issues that self-driving vehicles and transportation in general come with.”

Savolainen and his colleagues at MSU are trying to get a handle on that range in a variety of ways. For one, they host a Research Experiences for Undergraduates program that brings talented, diverse students from other universities to MSU to address important sociomobility questions.

For example, what will be the environmental impact of autonomous vehicles? How will older generations perceive these vehicles compared with younger ones? And what will become of parking garages when more cars can operate without a driver, enabling the vehicles to do something that’s more useful than being parked?

Another way Spartan researchers across campus are furthering the field is by generating valuable data.

For his part, Savolainen studies road-user behavior and roadway safety. Publicly available crash data is an incredibly useful tool in this work. When it comes to autonomous vehicles, however, the data here is scant compared with collisions involving more conventional cars and trucks.

That’s because vehicles that can operate autonomously don’t yet represent a substantial portion of traffic, Savolainen said. “And some of the data we do have isn’t particularly insightful yet.”

This dearth of data is an issue across the board — not just for crashes — so MSU is helping address that. The university is home to three autonomous vehicle platforms, including a first-of-its-kind autonomous bus. As these vehicles traverse campus, they’re generating all kinds of valuable information that researchers analyze and share with the larger research community, including some about interactions with pedestrians and other drivers. 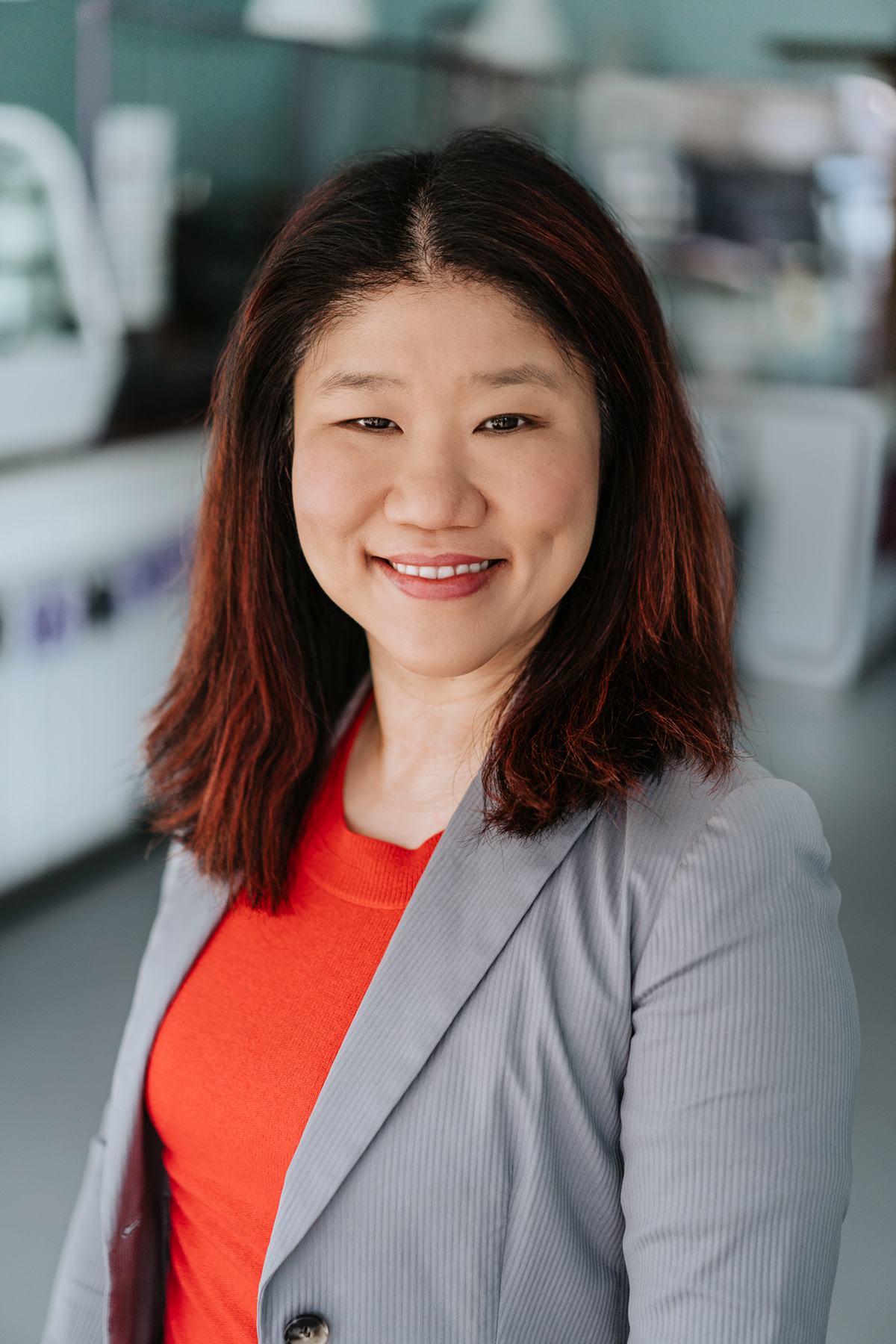 To get at other valuable insights for sociomobility, Savolainen and his team are also collaborating with the Institute for Public Policy and Social Research in the College of Social Science. The institute’s latest State of the State Survey included a couple dozen questions about driving and self-driving cars to better understand people’s experiences with autonomous vehicles.

But a lot of people aren’t sure how to feel about cars and trucks with capabilities to drive themselves, which gets back to the modest fleet penetration Savolainen mentioned. And this represents a challenge for MSU researchers who are committed to helping workers whose jobs might be most impacted by vehicles with more autonomy.

“We are trying to predict the future of a technology that is kind of there, but not quite,” said Chu-Hsiang “Daisy” Chang, a professor in the Department of Psychology. “There are a lot of uncertainties in terms of what autonomous vehicles are going to look like.”

Bracing the economy for autonomy

Chang and Elizabeth Mack, an associate professor in the Department of Geography, Environment and Spatial Sciences, are co-principal investigators on a project called Preparing the Future Workforce for the Era of Automated Vehicles, abbreviated WEAVE.

WEAVE is supported by a nearly $2.5 million grant from the National Science Foundation. The project aims to monitor workers and help them adapt in the industries that will be the first and most disrupted by autonomous vehicles, such as trucking and ride-hailing.

Learn more about the WEAVE project from this 2020 video.

“Technology can be a double-edged sword,” Chang said. Smarter, autonomous vehicles stand to offer many benefits, such as improved roadway safety and better fuel efficiency. Developing the technology will also create jobs.

At the same time, the technology could render certain jobs obsolete, Chang said.

“The important question is really how to take advantage of the technology while providing support for the precarious segment of the working population that may potentially be negatively impacted by it,” she said. Chang, Mack and the WEAVE team are working with that population to best prepare it for whatever changes do happen. Part of that work involves understanding workers’ attitudes towards autonomous vehicles which, again, is only beginning to solidify.

“Right now, there’s not a lot of technology to experience,” Mack said. “The people we’re talking to haven’t sat in an autonomous vehicle or seen all the things they can do.

“That’s where places like MSU can come in and really help. We have the autonomous bus, we have other vehicles that can show people what that looks like and actually make it real for them.”

Another component of the project is following trends in autonomous vehicle development to forecast which jobs will be most affected, then ensuring the people occupying those have support and resources to adapt. It’s an area clouded by uncertainty now, but MSU’s researchers are helping it come into focus through collaboration.

“It’s an area where people need to be talking and communicating across groups,” Mack said. “Here, we have that access.”

That means not only having access to experts on-site at MSU, but also within Michigan’s University Research Corridor, one of the nation’s leading academic clusters that includes MSU, Wayne State University and the University of Michigan.

“We have some really great opportunities to work on problems and test them in the community,” Chang said. “Being able to work with collaborators with a diverse range of expertise makes MSU a great location for working on research related to autonomous vehicles and sociomobility.”