Troy Distelrath graduated from James Madison College and the Honors College in spring 2022 after double-majoring in Comparative Cultures and Politics and Social Relations and Policy. He was a student researcher with the MSU Institute for Public Policy and Social Research as well as the Mekong Culture WELL project. Distelrath was a 2021 National Finalist for the Harry S. Truman Scholarship and an MSU nominee for the George J. Mitchell Scholarship in 2021-22. He is a teacher at Birch Grove University Prep and Montessori, a progressive, non-profit K-12 school in Oakland Charter Township, Michigan. 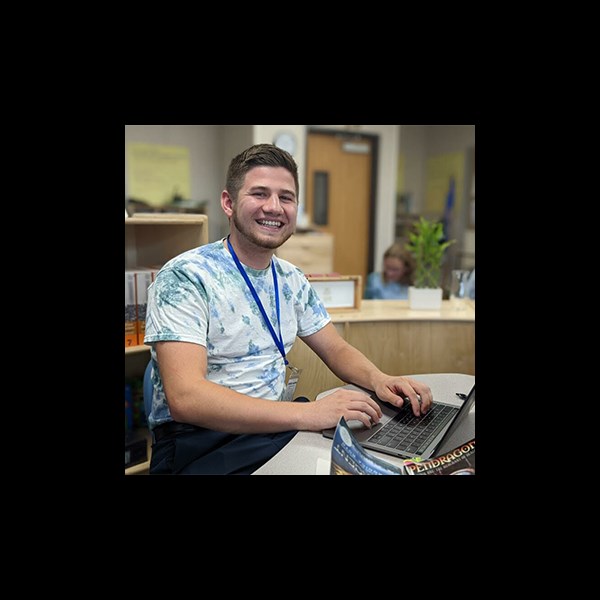 Of all the sociopolitical systems in contemporary public affairs that feel as if they have reached an inflection point, perhaps none is as desperate for subversive change as that of American education. Forty years after the birth of the Internet, and 25 years after the birth of Google, most American schools still ask their students to perform tedious acts of rote memorization (which manifests as superficial regurgitation), even though the answer to most every question is one search away. America’s schools overall, especially due to underfunding in the public sector, fail to capitalize upon the seemingly limitless creativity, productivity, connectivity and instantaneous reflexivity that technology offers — in turn failing to prepare learners for the novel, collaborative economy its emergence has forged.

America’s youth are largely mis-served by what my Birch Grove University Prep colleagues and I call the “industrial model” of education: straightforward rows of desks inspired by obsolete factory floors, hourly bells plagiarized from the 20th Century’s paternalistic modes of labor discipline and accountability to a surveilling supervisor (read: teacher) who possesses arbitrary authority over one’s future prospects.

As the son of a high school principal and high school English language arts teacher who each worked in the public sector for my entire upbringing, I arrive to the work of shifting this paradigm at BGUP not out of reactionary animosity toward public education, but in the hopes that it may be saved for the vast majority of children unable to afford the alternative.

Taking inspiration from various pedagogical forebears like Paulo Freire, bell hooks, Maria Montessori, Susan D. Blum, the Mastery School of Hawken and Acton Academy, among others, BGUP is a non-profit, private school premised upon placing the well-being of our kids over content, growth over grades, mastery over seat time, critical historical consciousness over blissful naïveté, and a personalized “Hero’s Journey” over the flattening, passion-extinguishing monotony of the industrial model’s one-size-fits-all approach.

In his landmark work, “Pedagogy of the Oppressed,” Freire contends that “[p]roblem-posing education affirms men and women as beings in the process of becoming.” As we build the 6-12 program at BGUP from our humble beginnings this year (24 current sixth to eighth grade students), we do so with the belief that only through relationships of horizontal comradeship, not top-down tyranny, can children acquire the skills of critical thinking, compassion and collaboration that are sorely needed in our public life today.

Although helping to educate others is a family trade, I would never have gained the confidence, skills, or subject-area expertise to perform this job at a high level without the students, staff and faculty of James Madison College. There, I learned from my professors the power of the Socratic method for discussion facilitation, an approach I utilize every day to provide my students a map toward knowledge rather than a dependence-inducing set of GPS coordinates to their exact destination.

Moreover, the unparalleled personal relationships that JMC undergraduate students are able to form with their instructors, and in particular which I was able to form with Drs. Amanda Flaim, Daniel Ahlquist, Amy Simon, Sejuti Das Gupta, Jennifer Goett, Jennifer Sykes and more, showed me the power of feeling seen and appreciated as a whole human being, a kindness I strive to bestow on my own pupils now.

This story originally appeared on the James Madison College website.