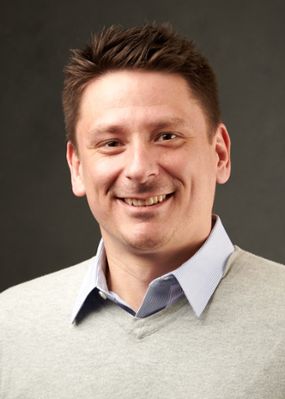 “A prominent but often neglected feature of the neocortex is the numerous neural connections linking higher-order cortical centers with the areas responsible for receiving and initially processing sensory signals,” said Crandall, whose primary research focuses on how different cells in our brain (also known as neurons) communicate and work together to generate behavior. “I always found it fascinating that the cortex talks mainly to itself. This curious feature implies that it may have a powerful influence on sensory processing and, thereby, its own perception.”

The neocortex is the largest and most unique part of our brains. Comprised of several functionally distinct areas, neural events generated in this brain region are essential for normal sensation, motor control, and cognition. It is the part of the brain where raw sensory information gathered by the senses integrates with past experiences to predict and drive behavior.

Given the potential power of these top-down pathways, neuroscientists have spent considerable effort trying to understand their functions, and it is generally thought that they mediate cognitive processes such as attention, prediction, expectation, and awareness. However, the complexity of these neural connections and the inability to access their processes using conventional approaches has long been a significant challenge to understanding them.

To zero in on these difficult to study pathways, Crandall’s research team will utilize new generation optogenetic technologies, which are modern research tools that integrate genetics and optical methods, allowing them to precisely control the activity of neurons with light in both isolated and intact brain preparations.

Crandall said the results of his research would provide fundamental knowledge about how the brain works and may lead to improved treatment strategies for certain neurological and psychiatric disorders that involve abnormal communication in the neocortex.

“We want to be one of the first labs to determine how the neocortex influences its own sensory responsiveness at the level of cellular, synaptic, and circuit mechanisms,” Crandall said. “With several new and powerful genetic, optical, and physiological tools and support from the NIH, we are at the forefront of developing a comprehensive and mechanistic understanding of brain function.”

This story originally ran on the College of Natural Science website.