The original Star Trek television series took place in a future when space is the final frontier, but humanity hasn’t reached that point quite yet. As researchers like Michigan State University entomologists Sarah Smith and Anthony Cognato are reminding us, there’s still plenty to discover right here on Earth.

Working in Central and South America, the duo discovered more than three dozen species of ambrosia beetles — beetles that eat ambrosia fungus — previously unknown to science. Smith and Cognato described these new species on June 16  in the journal ZooKeys. 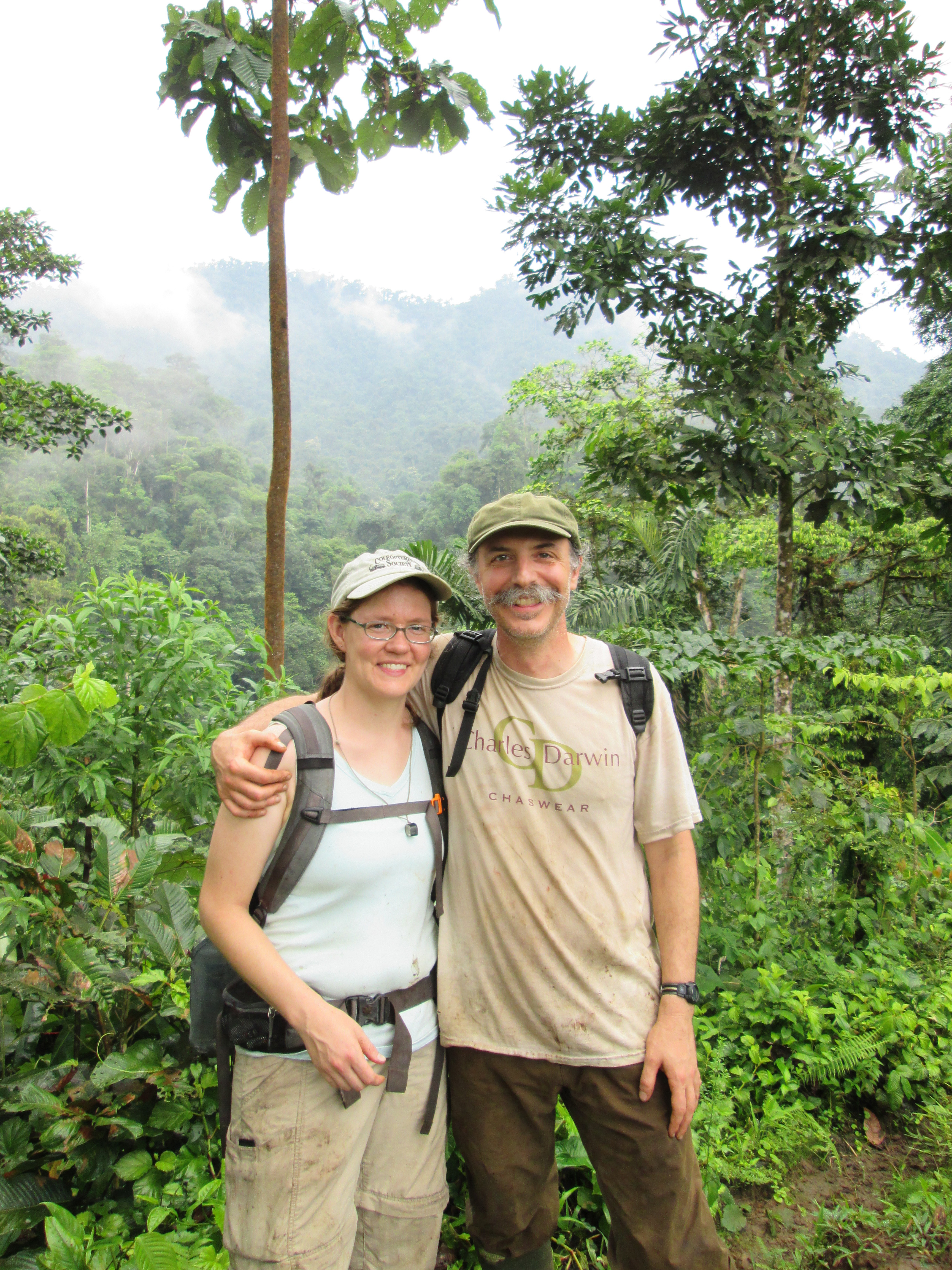 MSU entomologists Sarah Smith (left) and Anthony Cognato (right), who are partners in work and life, pose for a photograph during field work in Ecuador in 2015.

The Spartans also selected an unusual naming theme named in deference to the female beetles who have helped their species survive and thrive by boldly going where they hadn’t before.

Many of the new species are named for iconic female science fiction characters, including Nyota Uhura of “Star Trek”; Kara “Starbuck” Thrace from the 2000s “Battlestar Galactica” TV series; and Katniss Everdeen from “The Hunger Games” books and movies.

“One of our colleagues from London asked if it’s good to name a species after popular characters, if the popularity would backfire and make people think this is frivolous,” said Cognato, director of the Albert. J. Cook Arthropod Research Collection. He’s also an entomology professor with appointments in the College of Agriculture and Natural Resources and the College of Natural Science.

“But overall, our colleagues think it’s a good thing,” Cognato said. “It gives us a chance to talk about taxonomy — the science of classifying organisms — and about diversity.”

Understanding the world’s biodiversity is one of the major drivers of this and related research. Scientists estimate that there are 10 million nonbacterial species in the world and that humans have classified only about 20% of those.

“And some are lost before they’re ever discovered,” said Smith, who is the curator of the A. J. Cook Arthropod Research Collection. When people disrupt native ecosystems with farming and mining, for example, undiscovered species can face extinction before researchers know about them. 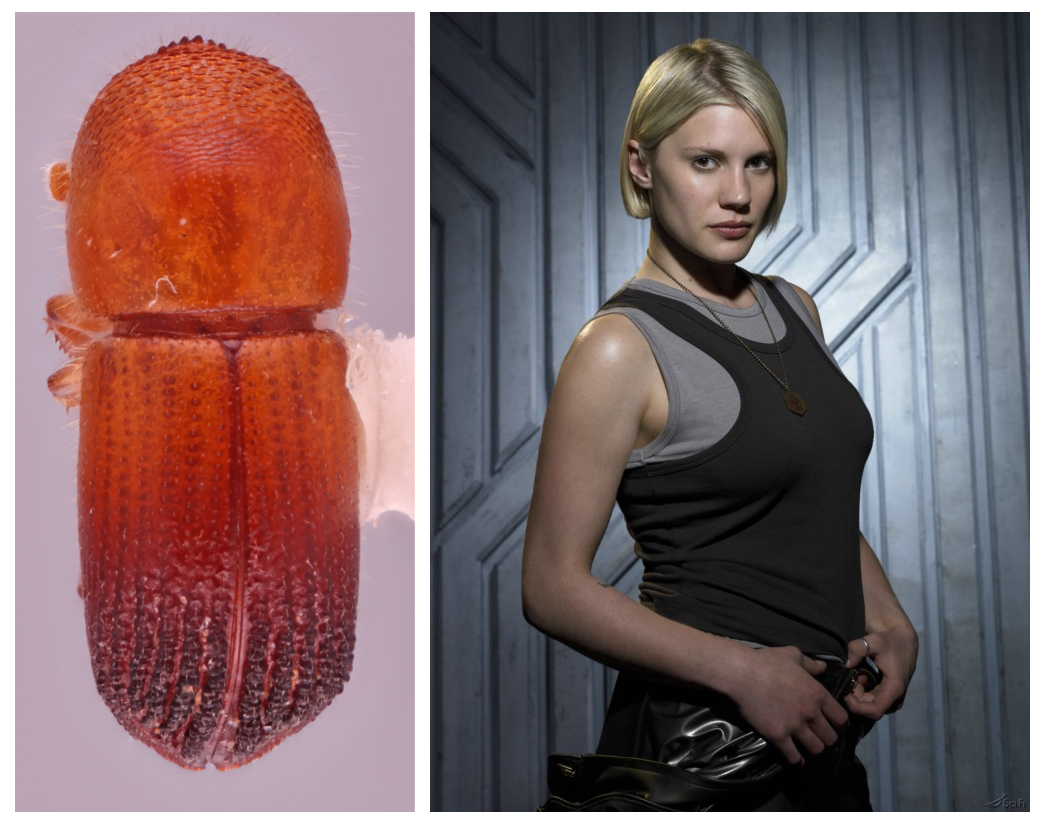 For this project, the team did some of its field work in Peru, where illegal gold miners can be particularly devastating to forests. “They’re turning the forest into a wasteland” Smith said. “It may never recover.”

Working in such threatened areas, Smith and Cognato are helping identify beetle species before it’s too late, as well as characterizing a rich variety of physical traits and behaviors.

To be clear, they did this field work long before the pandemic struck, starting around 2008. But it takes time to perform the thorough investigations required to ensure that a species is indeed distinct from its closely related cousins.

“With South America, it can be really hard to know whether a species is new or not, just because the fauna is so poorly studied,” Smith said.

With the stay-at-home orders in effect, she and Cognato had time to focus on projects that had been simmering on the backburner, such as this one that details ambrosia beetles they had collected belonging to the genus Coptoborus. 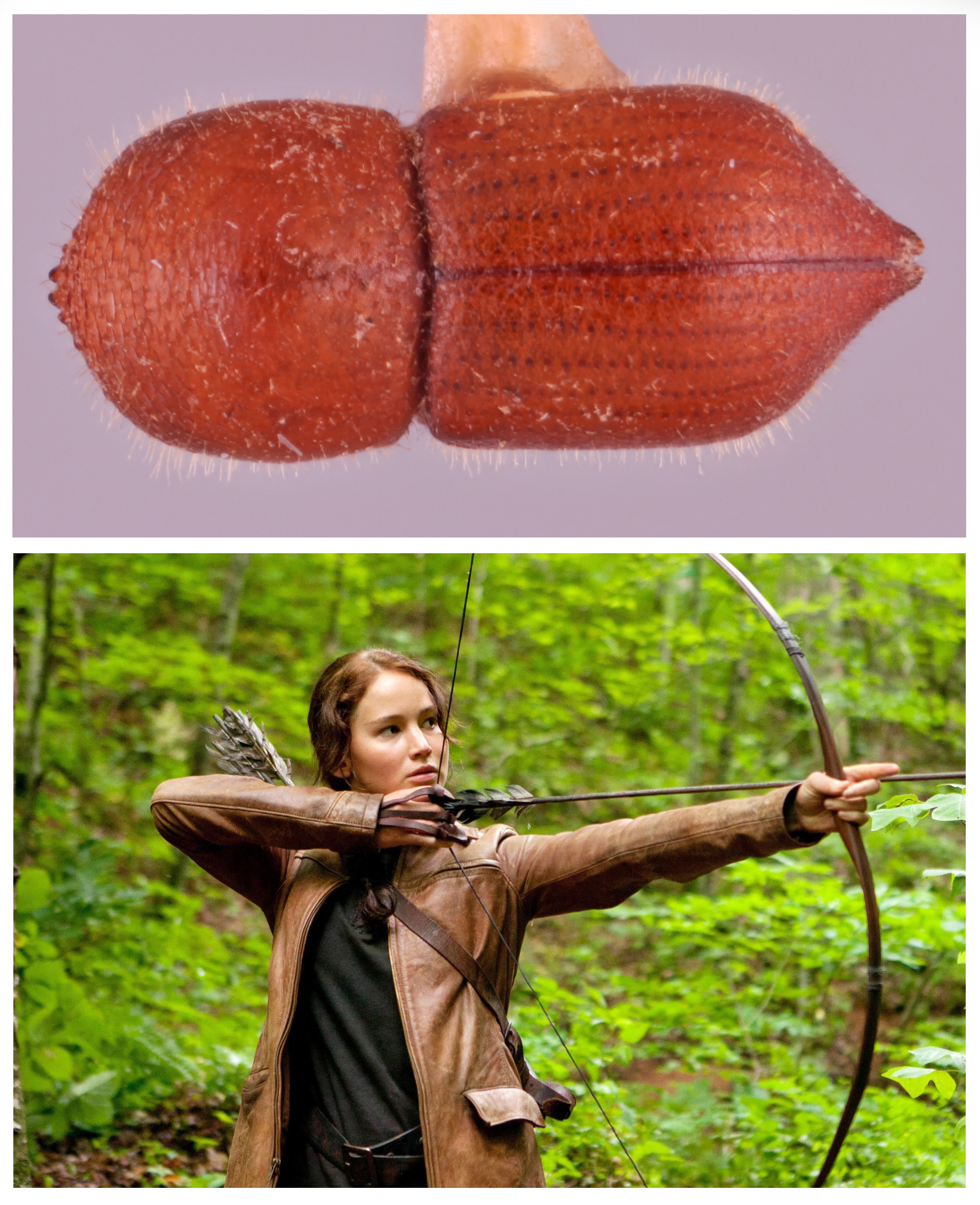 The wing coverings of the C. katniss come to an arrowhead-like point, which reminded the researchers of Katniss Everdeen from "The Hunger Games," shown below. "The Hunger Games" image courtesy of Lions Gate Entertainment Inc.

These tiny beetles make their homes by boring into trees. Once inside, they sustain their nests by cultivating fungus that serves as food. There, a mother produces many female offspring and one or two dwarfed males. The main job of those males is to mate with their sisters, creating a new generation of females prepared to disperse and produce a new brood. This all leads to another reason for studying these beetles: they can become pests.

These females arrive at trees ready to bore inside, start a fungus farm and reproduce. Though most prefer to nest in dead or dying parts of trees, some can attack fully healthy trees that are ecologically and economically important. For example, there are species within the genus known to attack balsa trees in Ecuador, the world’s leading exporter of balsa wood.

And if tree-dwelling beetles find their way into nonnative habitats, they can pose large threats to trees that have no natural defenses against the insects. Michiganders are all too familiar with the emerald ash borer, which has claimed millions of ash trees in the state. Another nonnative species of fungus-farming beetle devastated redbay laurels and avocado trees in the Southern U.S.

By identifying species abroad, in their native habitats, researchers including Smith and Cognato are helping the U.S. better prepare for if and when a new pest shows up here. And, historically speaking, Coptoborus beetles are hardy travelers.

Their ancestors originated about 20 million years ago, likely in Southeast Asia, before emigrating and making homes across much of the tropics. 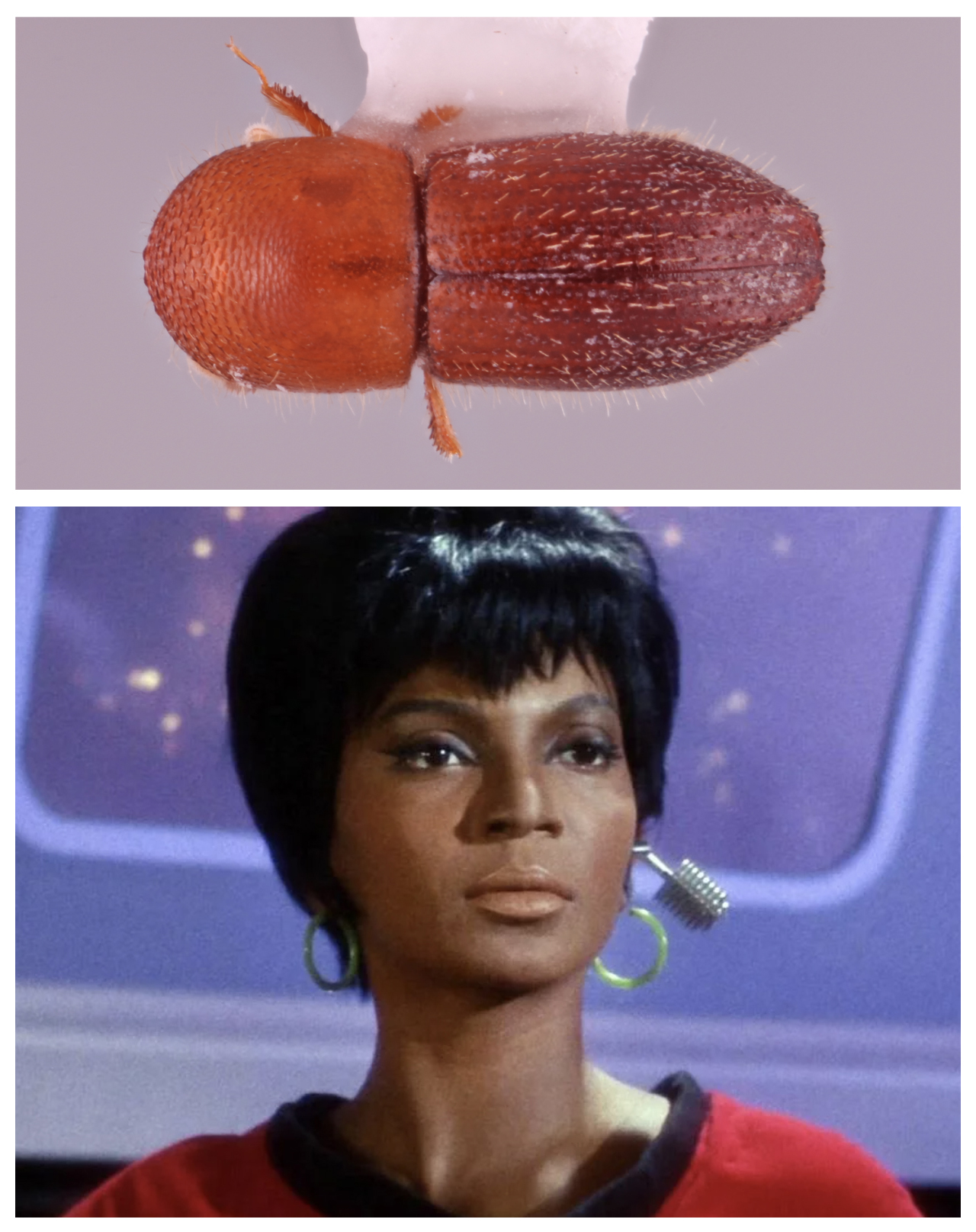 “That’s one of the reasons we chose to name them after female sci-fi characters. Not to anthropomorphize too much, but you have these adventurous females that were blown off their log or had their wood-encased home thrown into the ocean by a mudslide,” Cognato said. If these mated females made it to a new land, they could start a new population, allowing the species to proliferate.

“Along the way, there were so many ways to die, but they ended up colonizing an entire continent.”

Fast forward to now and there are thousands of ambrosia beetle species, including more than 70 of the Coptoborus genus — and counting. In christening the new beetles, Smith and Cognato got some inspiration by finding similarities between the beetle and its namesake.

For instance, the C. uhura was given its name because its reddish color, reminiscent of the uniform worn by Nichelle Nichols’s Uhura character in the original “Star Trek” TV series. The C. ripley is glabrous, which means hairless, reminding the researchers of Ellen Ripley and her shaved head in "Alien 3," shown on the right. "Alien 3" image courtesy of Twentieth Century Fox.

And Sigourney Weaver’s Ellen Ripley character in the “Alien” film franchise had a shaved head in the movie “Alien 3.” One of the beetles, now named C. ripley, was also glabrous, or without hair.

Other names were selected because the duo just liked the characters and found them inspiring. For example, the C. scully beetle was named after Dana Scully, Gillian Anderson’s character on “The X-Files.”

The character is also behind what’s known as the “Scully Effect.” By showing a successful female scientist on TV, the show helped raise awareness of science, technology, engineering and mathematics — or STEM — professions among young women.

In their paper, Smith and Cognato wrote, “We believe in the ‘Scully Effect’ and hope future female scientists, real and fictional, continue to inspire children and young adults to pursue STEM careers.”

Smith and Cognato also took the opportunity to name some beetles in honor of real-life people who have made an impact on their work and their lives.

For example, the C. erwini, is named after a renowned entomologist and friend Terry Erwin, who passed away in 2020. Erwin helped popularize a technique called canopy fogging to collect beetle specimens living in treetops.

"Without his dedication to canopy fogging, this species and most of those described in this publication may never have been discovered," Smith and Cognato wrote in their study, which is part of a special issue in memory of Erwin, who was also editor-in-chief of ZooKeys. 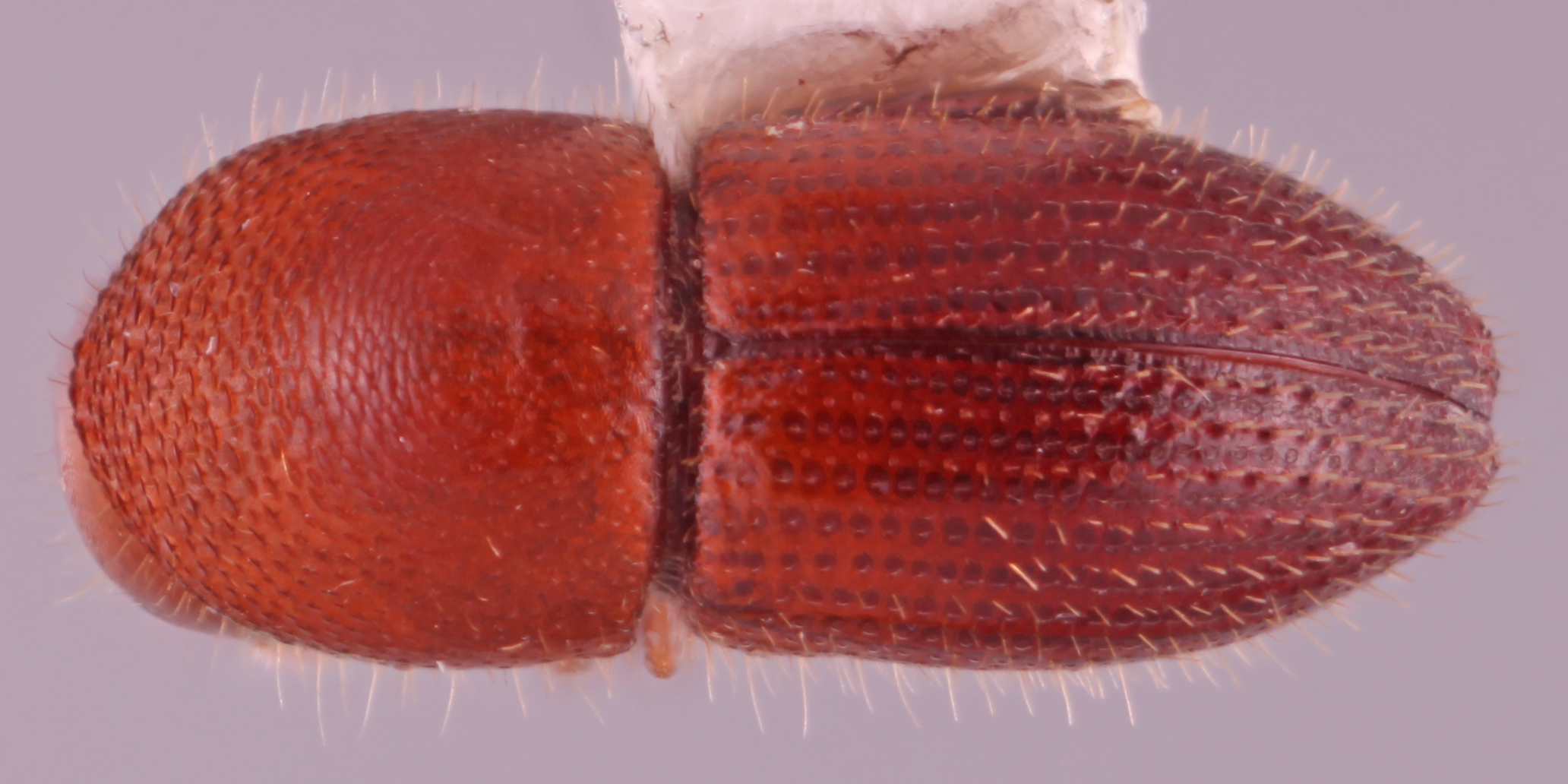 Some of the beetles were named for real-life inspirations, like the C. bettysmithae, named for Sarah Smith's grandmother, Catherine "Betty" Smith.

“My grandmother supported me a lot with entomology,” Smith said. “I used to spend many weekends with her, and she’d take me out to catch dragonflies.”

Now, she and Cognato are out catching and characterizing insects that are new to science. In doing so, they’re helping protect native ecosystems, painting a more complete picture of the planet’s bountiful biodiversity and even drawing some attention to the power of naming and classifying things.

“Taxonomy was probably one of the first sciences of humans. You can find evidence of it throughout history and across cultures,” Cognato said.

This naming likely started so humans could easily share information about which plants were safe to eat and which animals were dangerous. This is still valuable information today, but naming has evolved to help us appreciate even more dimensions of life on Earth.

Think about being a kid in a park or backyard, Cognato said, and the innate desire to know and name the animals there, say, robins or squirrels. Classification builds connection.

“It helps us communicate and it helps us live better,” Cognato said. “It helps us understand the world and biodiversity.”