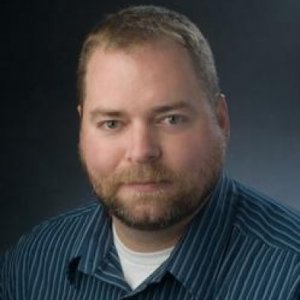 Aaron M. McCright is Professor and Chairperson in the Department of Sociology at Michigan State University. His sociological research investigates how interrelationships among scientific developments, political processes, and social dynamics influence society’s capacity for recognizing and dealing with environmental degradation and technological risks. Dr. McCright is most well-known for his work analyzing the political dynamics and public understanding of climate science and policy in the United ... States—especially organized climate change denial and political polarization on climate change. In addition, his recent work helps to improve our sociological understanding of societal risk and increase the effectiveness of our risk governance for promoting a more sustainable society. Dr. McCright also investigates the roles of public opinion for social movements, especially how we can use public opinion surveys to investigate how citizens identify with different social movements over their life course. Further, he conducts research on the effectiveness of inquiry-based learning projects for improving students’ scientific and statistical knowledge, skills, and attitudes. He has published two books, has authored over a dozen chapters in edited volumes, and has written a few commissioned reports. He also has published over 60 peer-reviewed articles in such scholarly journals as Proceedings of the National Academy of Sciences; Nature Climate Change; Global Environmental Change; Climatic Change; Public Opinion Quarterly; Social Problems; Social Science Quarterly; Theory, Culture, and Society; The Sociological Quarterly; Journal of Risk Research; Organization and Environment; Environment and Behavior; Population and Environment; and Environmental Politics. He was named a 2007 Kavli Frontiers Fellow in the National Academy of Sciences, he served as a 2008-2009 Lilly Teaching Fellow at MSU, and he received the 2009 Teacher-Scholar Award and the 2009 Curricular Service-Learning and Civic Engagement Award at MSU.

Putting science into practice: Why we need to play our part

In his op-ed, Young claimed that Al Gore is responsible for “politicizing” the science of climate change in the United States through his production of An Inconvenient Truth in 2006. However, sociologists Aaron McCright and Riley Dunlap document that the politicization of climate change in the U.S. happened much earlier than 2006 and that it was not because of well-intentioned documentaries; rather, it was due to the strategic work of the George W. Bush administration on behalf of private interests...

How Is Climate Change Denial Still a Thing?

“We’re really in uncharted territory,” says Aaron McCright, a sociologist at Michigan State University, tells Inverse. “I can’t think of any time in the last couple hundred years where there has been a society in which a large group of people are somewhat impervious to empirical reality.”

Trump and Ebell are not outliers. According to a study by sociologists Aaron M. McCright and Riley Dunlap, based on an analysis of Gallup surveys of public opinion between 2000 and 2010, 32% of adults in America deny that there is a scientific consensus on climate change. There’s a clear political divide on the issue in the US: According to a 2016 survey by Pew Research, only 15% of conservative Republican Americans agreed with the statement “the Earth is warming mostly due to human activity,”compared with 79% of liberal Democrats...

MSU associate professor and sociologist Aaron McCright led the study of 1600 US adults.

McCright says messages that frame climate change as a public health or national security threat, or even through a “positive” frame like economic opportunity or religious obligation, seem to fall flat.

“This is the first experiment of its kind to examine the influence of the denial messages on American adults,” said Aaron M. McCright, a sociologist and lead investigator on the study. “Until now, most people just assumed climate change deniers were having an influence on public opinion. Our experiment confirms this.” 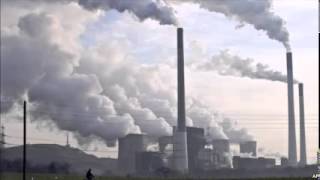