By explaining a photosynthetic peculiarity in switchgrass, MSU researchers may have unlocked even more of the plant’s potential

Michigan State University researchers have solved a puzzle that could help switchgrass realize its full potential as a low-cost, sustainable biofuel crop and curb our dependence on fossil fuels.

Among switchgrass’s attractive features are that it’s perennial, low maintenance and native to many states in the eastern U.S., including Michigan. But it also has a peculiar behavior working against it that has stymied researchers — at least until now. 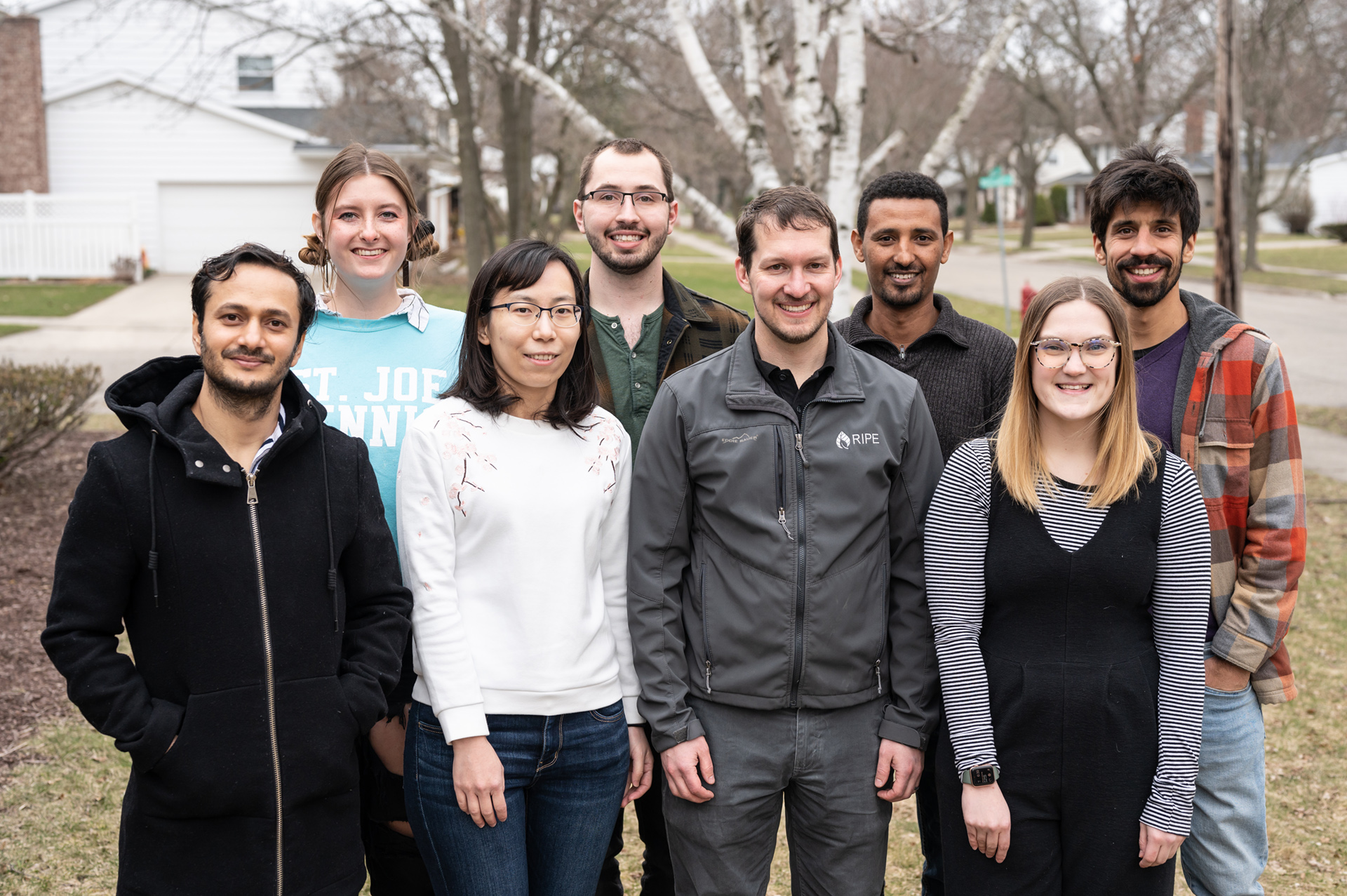 Berkley Walker’s team in MSU’s Department of Plant Biology has revealed why switchgrass stops performing photosynthesis in the middle of the summer — its growing season — limiting how much biofuel it yields.

This knowledge, published in the journal Frontiers in Plant Science, is a key piece to overcoming this quirk and getting the most out of switchgrass.

“We want bigger plants, period, so being able to crack this and lift this limitation, that is the goal,” said Mauricio Tejera-Nieves, a postdoctoral researcher and the lead author of the team’s study. 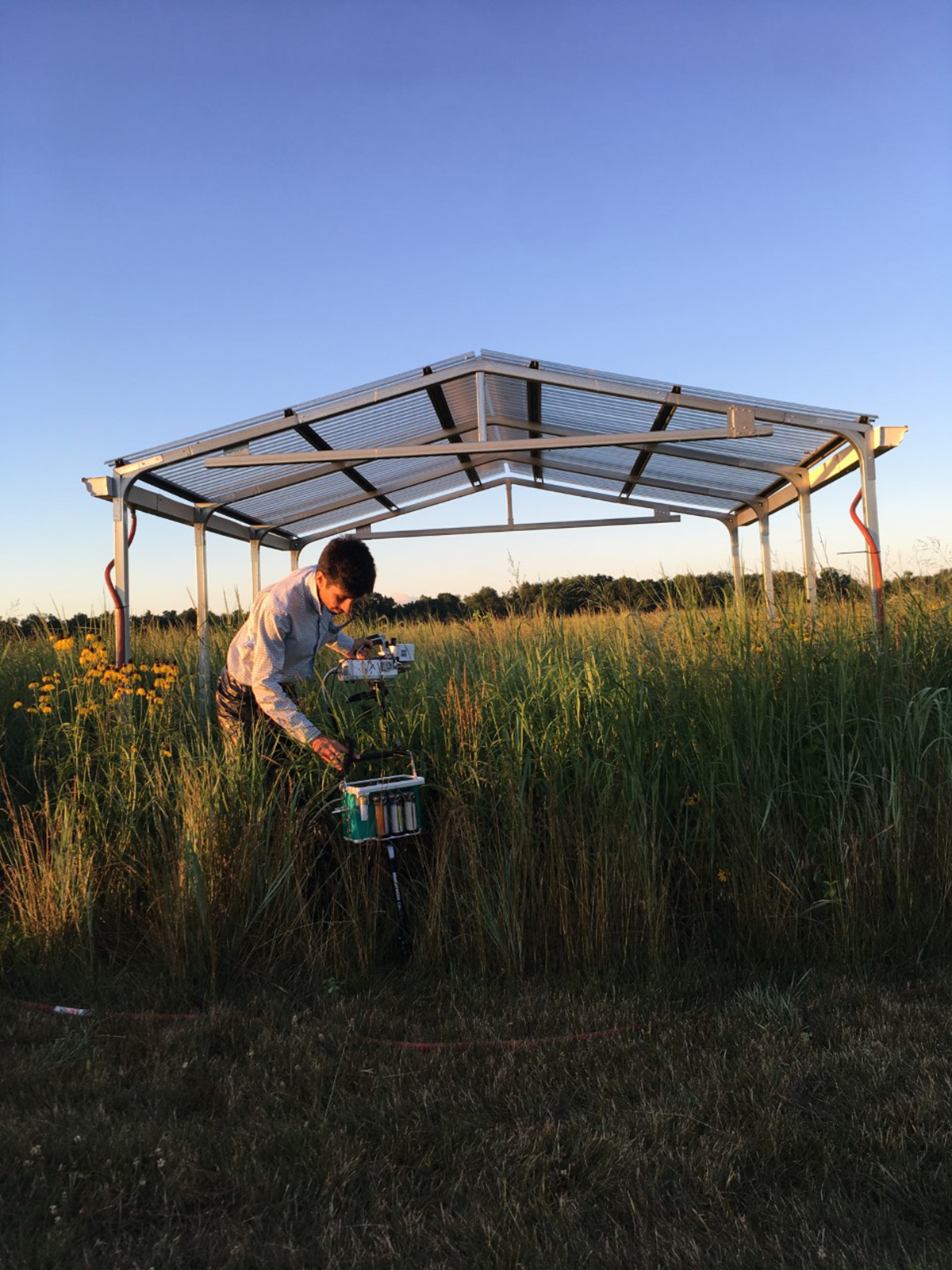 Tejera-Nieves, Walker and their colleagues discovered the explanation for this limitation in switchgrass’s rhizomes. These are little knobby structures that live underground among the plant’s roots. If you’ve ever sliced or shredded ginger, you’ve held a rhizome.

Rhizomes store food in the form of starch to help plants survive winter, and that starch is made from the sugars produced by photosynthesis. Once switchgrass rhizomes are full of starch, they signal the plant to stop making sugars and adding biomass through photosynthesis.

Tejera-Nieves compared the rhizomes to a bank, albeit a slightly unusual one.

“Imagine getting a call from your bank and they tell you, ‘Hey, your account is full. You can take a vacation, go on sabbatical, do whatever you want. Just stop working because we’re not storing any more money,’” Tejera-Nieves said. “It’s a very conservative strategy, but it’s one that works for switchgrass. The longer it’s doing photosynthesis in nature, the more likely it is that an animal will eat it or something else bad will happen.”

Although this evolutionary strategy has worked to the plant’s advantage in nature, it is a disadvantage for humans who want to ferment switchgrass’s biomass into biofuel. By understanding the root cause of this behavior, though, researchers can start looking for ways around it. 'Why are you doing that?'

Switchgrass has yet to join plants including corn and sugarcane as a commercialized source of biofuel.

But that makes sense because those established crops have a huge head start, said the MSU team. Farmers have been selecting and reproducing versions of those crops that have qualities that are attractive to us, such as higher sugar content, for thousands of years. Humanity’s interest in switchgrass as a biofuel source is much more recent in comparison. So, it’s only natural that switchgrass exhibits some suboptimal behaviors that researchers would like to iron out, like stopping photosynthesis without explanation.

“The plants get to about midseason and say, ‘Okay, we’re done,’” said Walker.

“As a researcher, you’re literally asking, ‘Why are you doing that? It’s warm, the sun is out and your leaves are green. What is happening?’” said Tejera-Nieves.

Tejera-Nieves joined Walker’s team with a hypothesis to answer that, as well as the means to test it with support from the Great Lakes Bioenergy Research Center, or GLBRC. He suspected that a lack of water might be playing a role.

In addition to awarding Tejera-Nieves a fellowship, the GLBRC had built what are called rainfall exclusion shelters in the fields at MSU’s W.K. Kellogg Biological Station. These do exactly what their name promises: They exclude rain. Plants underneath the shelters stay dry while their neighbors outside can freely soak up sprinkles, showers and storms.

The shelters presented the perfect place to test Tejera-Nieves’ idea, even if it didn’t go exactly as he initially predicted.

So, he needed to dig a little deeper — literally — to look at what was happening in the rhizomes. He found that the starch levels of all the plants grew over time until they hit a peak level and then would remain flat. Once that happened, photosynthesis in the plants’ leaves switched off.

“Once the rhizomes are full, the plant just stops,” Tejera-Nieves said.

“You can see it so clearly in the data,” Walker said. “The plants do photosynthesis in the summer to save carbon for the winter and, as soon as they’ve got enough, they shut down.”

One of the next steps for the team is developing a better understanding of the molecular machinery that coordinates this photosynthesis shutdown. That knowledge could reveal even more clues about how to override the plant’s behavior and may prove handy for biofuel crops beyond switchgrass.

“You see similar trends with photosynthesis across perennials,” Walker said. “We’d have to look to be sure, but we think it could be the same mechanism.”

This work was supported by the U.S. Department of Energy, Office of Science, Office of Biological and Environmental Research under Award Number DE-SC0018409, as well as the Great Lakes Bioenergy Research Center, the National Science Foundation Long-term Ecological Research Program at Kellogg Biological Station and by Michigan State University AgBioResearch.