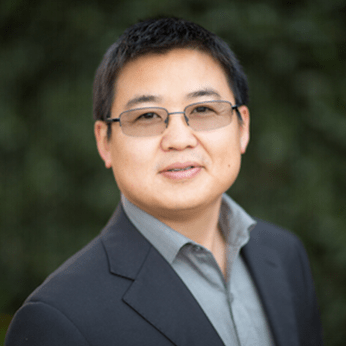 A team of Michigan State University researchers has received a $1.7 million federal grant to speed up the search for new drugs in the fight against a range of diseases by using artificial intelligence.

The project, funded by the National Institutes of Health over four years, calls on the expertise of a multi-disciplinary team of scientists – including computational biologists, computer scientists, medicinal chemists, and pharmacology scientists – in different departments at MSU.

The multi-disciplinary approach is “super important,” said Bin Chen, an associate professor in the Departments of Pediatrics and Human Development, Pharmacology and Toxicology, and Computer Science and Engineering. “Computer scientists play critical roles here,” he said, as do the other disciplines. “Their involvement is essential,” he said.

Chen is a lead principal investigator for the project. The other principal investigator is Jiayu Zhou, PhD, an associate professor of Computer Science and Engineering and an authority on machine learning, data mining, and biomedical informatics. The team also includes Richard Neubig, MD, PhD, and Edmund Ellsworth, PhD, professors of Pharmacology and Toxicology.

“Finding novel compounds with new intellectual property might be the best way to get new drugs to the patients,” said Chen. Without the computational power and innovative machine learning, the search through millions and billions of potential compounds would be impossibly time-consuming and prohibitively expensive, he said.

Generating gene expression profiles for millions of chemical compounds in a laboratory is difficult, if not impossible, today due to the high costs.

“Now we can use A.I. to help,” Chen said. “We need very advanced machine learning to search through these compounds.”

After computer modeling, the compounds that show potential will be synthesized in a laboratory for further preclinical evaluation. Initially, the team will design new compounds based on the two drugs identified in earlier research that could be used to inhibit liver cancer and SARS-CoV-2.

One common approach in drug discovery is to find compounds that target one specific protein, Chen said.

“Our approach is different,” he said. “We aim to find compounds that could globally restore the expression of dysregulated genes of the disease. In academia, we have the patience to spend time addressing some fundamental technical challenges.”

This story originally ran on the College of Human Medicine website.