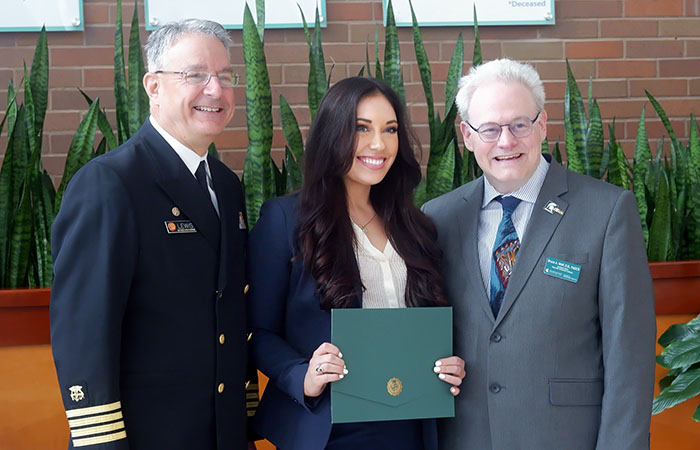 The last week of April was a big one for Courtney Merlo, OMS-III.

That same day, she was confirmed as the president of the National Student Osteopathic Medical Association for the coming year. Just one day after that, she received the Individual Excellence in Advocacy Award at the American Osteopathic Association DO Day — an organized advocacy event where medical students and practitioners meet with legislators to discuss issues relevant to osteopathic medicine.

The awards and leadership role come as no surprise to colleagues, faculty and staff who know her. “Courtney has excelled through the rigors of medical school while balancing her exemplary commitment to the community,” shares Brooke-Lynn Vij, the academic and career guidance advisor who nominated Merlo for the public health award. “Courtney’s leadership style is best characterized by her commitment to supporting her peers, her innovative and strategic thinking and engaging in compassionate service to others.”

In Vij’s nomination, she explained, “Courtney is truly exceptional. She goes above and beyond in the service of her community, in her pursuit of academic excellence and in the practice of the tenets of osteopathic medicine.”