Didymo, a nuisance alga known as rock snot, could be trouble for the treasured trout fishery in the Upper Manistee River. 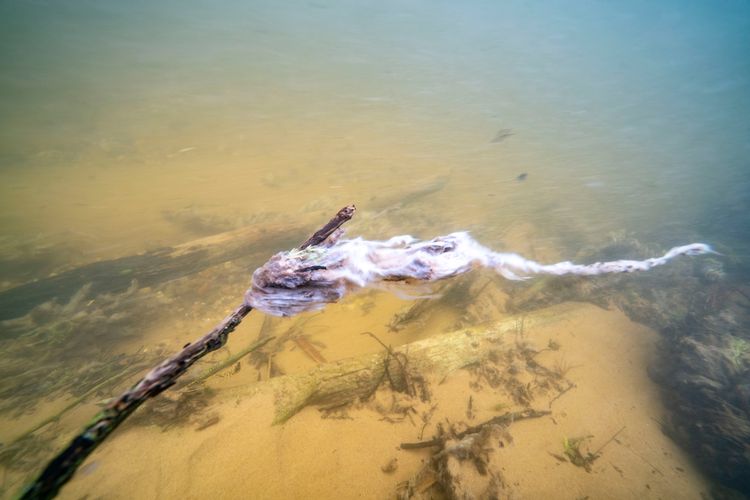 Anglers and paddlers are noticing a new phenomenon on the Upper Manistee River — a thick, brown snotty looking algae is clinging to rocks, downed trees and anything else under the water. Didymo (Didymosphenia geminata), more often referred to as "rock snot" due to its unappealing appearance, was reported in the Upper Manistee River last fall and it continues to plague popular fishing locations on the river. While non-toxic, didymo covers streambeds and reduces habitat for macroinvertebrates, an important food for fish such as trout.

Didymo is microscopic but under the right conditions it can “bloom,” forming dense mats of extracellular stalks giving it a snot-like appearance and making it visible in streambeds. Despite its name, it’s not actually slimy but instead feels like wet wool. Mats can be over six inches thick, making fishing, boating and swimming unpleasant. In addition, didymo mats trap sediments and can have potentially long-lasting effects on the food chain as they smother other plants, insects and mollusks.

Didymo is native to the northern regions of Europe, Asia and North America and is likely native to Lake Superior and parts of Canada, according to Michigan’s Invasive Species Program. While didymo cells have been documented in the Great Lakes Basin and Michigan waters in low abundance, nuisance blooms are a recent issue and first appeared in the St. Marys River in 2015. Didymo tends to grow in clear, shallow, moderately flowing freshwater streams with rocky substrate. Researchers are still working to determine what triggers didymo’s nuisance blooms. 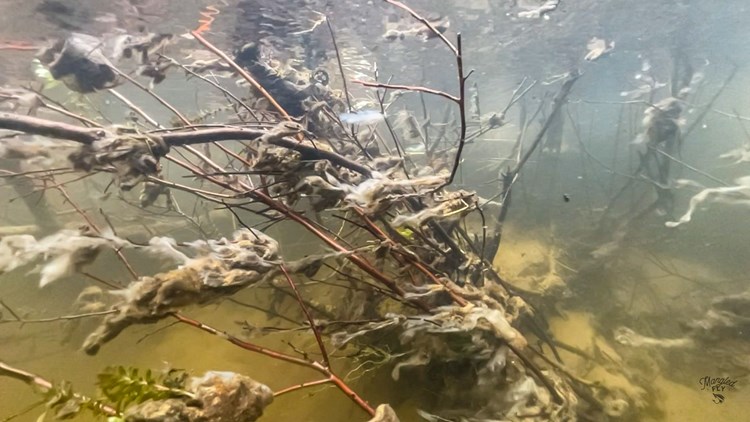 Didymo blooms have generally increased across the United States. Scientists believe this may be partly due to changing environmental conditions. Didymo may also be spreading to new waterways on fishing gear, a common method in which nuisance species spread. Research has shown didymo can survive for 40 days in cool, dark, damp conditions such as on angling equipment, neoprene and felt-soled waders, and boots.

What can you do to help?

There is no effective method to eradicate didymo from the environment. To prevent spreading it and other nuisance species, it is critical for recreational users to decontaminate their equipment after leaving a waterway. Decontamination includes cleaning, draining and drying everything that has entered the water, including boats, anchors and anchor lines, trailers, boots, waders, nets and other equipment.

Decontamination steps when moving any gear from one waterbody to another should include the following:

Other tips to consider when fishing in waterways known to have didymo: In addition to cleaning gear, one of the most important steps you can take is to report observations of didymo and any other suspected invasive species to conservation organizations. You can report to the Midwest Invasive Species Information Network, a regional database used by invasive species specialists predominantly in Michigan and the Midwest. After creating an account, you can report your observation and biologists will be notified. Additionally, didymo can be reported by emailing the location and photos to EGLE-WRD-AIP@Michigan.gov. The United States Geological Survey also maintains a Nonindigenous Aquatic Species database that accepts reports from the public.