Students give back to Ukrainian refugees 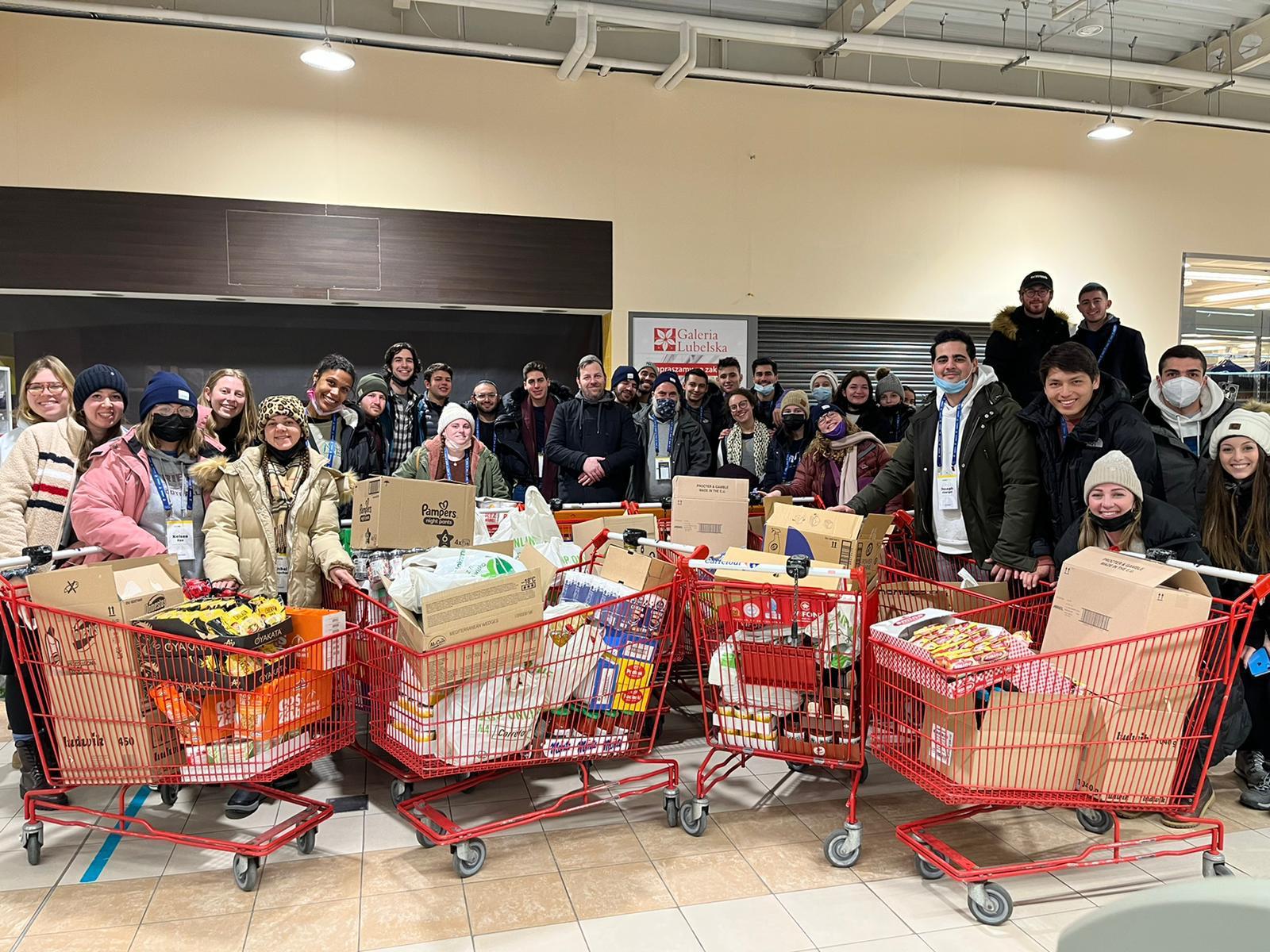 For many Michigan State University students, spring break offers a week away from class and often the dreary March weather. However, one group of Jewish Spartans traveling to Poland as part of an alternative spring break to learn more about their culture and history, became part of history as they unexpectedly lent a hand to refugees in need.

Jared Pazner, a senior studying world politics, Darren Hollander, a sophomore studying microbiology and Tamara Hyman, a junior studying sociology, were some of the students who participated in this year’s LivingLinks spring break trip. Coordinated by Chabad on Campus International and offered to students through the Chabad Student Center at MSU, the LivingLinks trip is an educational journey through the history of European Jews, with a focus on the Holocaust.

While in Lublin, Poland’s ninth largest city, the students visited the Yeshiva. Now a synagogue, the Yeshiva was once the largest Jewish education institution in the world. When they entered the building, none of them could have guessed what they would see next.

“We were completely unaware that there was a refugee help center set up on the main floor of the Yeshiva,” Hyman said. “The women meant to be giving us a tour of the Yeshiva directed us away, and we could only get a quick view of what was going on — lots of donations, and about a dozen women and children filling up bags of items they needed.”

The students were in awe, not only of the refugee center itself, but the sheer number of people who needed help. “It is hard to say a number (of refugees), but there was a constant flow of people coming in, grabbing what they needed and then leaving,” Pazner said.

Many had heard about the Russian government’s invasion of Ukraine, but meeting the Ukrainian people whose lives were upended inspired them to act. “A month ago, these people were living a life very similar to mine in America,” Hollander said. “Then within a couple of days they were living in a warzone.”

The group members began asking what they could do to help. At first, they wanted to contribute monetary donations to the cause, but refugee center organizers said donations of food and supplies could go a lot further. So, they headed toward the local supermarket.

Utilizing social media, they began asking friends and other students across the world for donations to help cover much needed supplies. In mere hours, they raised more than $3,000. Yet, their efforts to make a difference didn’t stop once they left Europe.

“After that trip, our group continued receiving donations, and we were able to buy nine suitcases for the nine refugee families that were living in the same hotel as us,” Hyman said. “Each family needed different things so each suitcase that was filled was tailored to the needs of the family on the receiving end — clothing, dog food, medicine, utensils, power strips, sneakers, hangers, kitchenware, mattresses and more. We ended up raising over $20,000, and the money that was not spent directly on items to be donated was used to create general care packages for refugee families.”

The students hope that their acts of kindness can spread here in the United States. Rabbi Benzion Shemtov, co-director of the Chabad Student Center at MSU, praised the students for their hard work but noted there still is much work to be done.

“To see students on their own initiative jump into action and put the rest of the trip schedule aside was so powerful,” Shemtov said. “There are sadly so many refugees, these students were able to brighten the day of just a few, and that’s so beautiful. Each person, each family is a world. We, too, can make a difference for the better. Go brighten someone’s day. Light is contagious.”