Gurbaksh Esch, M.D., is an Alice Hamilton Scholar with the Michigan State University-Hurley Children’s Pediatric Public Health Initiative. She is pursuing her Master of Public Health degree with research interests in health equity and maternal-infant health. This article was originally published on the Division of Public Health website. 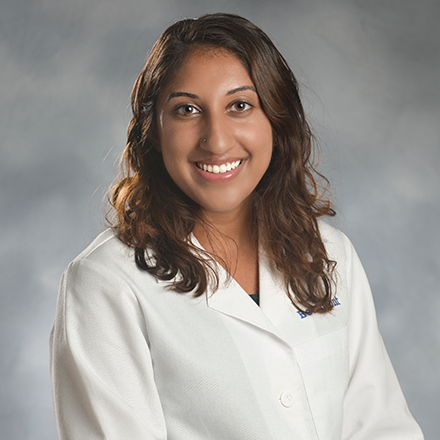 In the past year, gun violence has become the leading cause of death in children, surpassing motor vehicle accidents. Though school shootings often gain widespread media attention due to their horrific and tragic nature, they account for only a minority of gun-related deaths in the country. Homicides and suicides are the leading cause of gun-related injuries and deaths, with unintentional injuries and deaths being a smaller proportion.

I will never forget my first experience dealing with gun violence as a medical student. A 23-year-old male came into the Hurley emergency room, high on phencyclidine, with three gunshot wounds to his body — one to the chest, one to the lower abdomen and one to the left testicle. He was screaming and crying, telling us that he shot himself because he “want[ed] to stop hurting my niece”.

It took five people, including the special operations combat medic students, to hold him down and sedate him. He was rushed to the operating room to help stop the bleeding and to undergo abdominal surgery to search for any further injuries. Soon after the surgery, once he woke up, we learned that he had been sexually assaulting his 5-year-old niece for about a year, he had undiagnosed schizoaffective disorder, and he had wanted to kill himself with the self-inflicted gunshot wounds. There was a gun in his mom’s house, where he was living, that was left unlocked and loaded in a drawer in her bedroom closet.

As a pediatrician, I follow the American Academy of Pediatrics recommendations, which include anticipatory guidance surrounding gun violence. These recommendations include asking parents if they have any firearms in their home, if parents ask caregivers or other parents about firearms in homes their children visit and discussing the safety of firearm storage, including separating ammunition and firearm and locking both up, separately.

At the federal level, a bipartisan bill has been unveiled that provides a framework for helping states institute red flag laws, which allows the removal of firearms from those that are a harm to themselves or others. The bill also supports mental health investment, including telehealth, enhances the review process for gun buyers under 21 and aims to enhance school security. Though this bill is a step toward addressing this public health emergency, there is still much that needs to be done.

What can you do for yourself and in your own home?

What can you do at the state/legislative level?