Reguera, a professor in the Department of Microbiology and Molecular Genetics, was appointed associate dean for faculty affairs and development. She replaces Cheryl Sisk, who stepped down from this role and who will continue working in the NatSci Dean’s Office to assist with the implementation of the college’s newly minted five-year strategic plan through her retirement in May 2023. 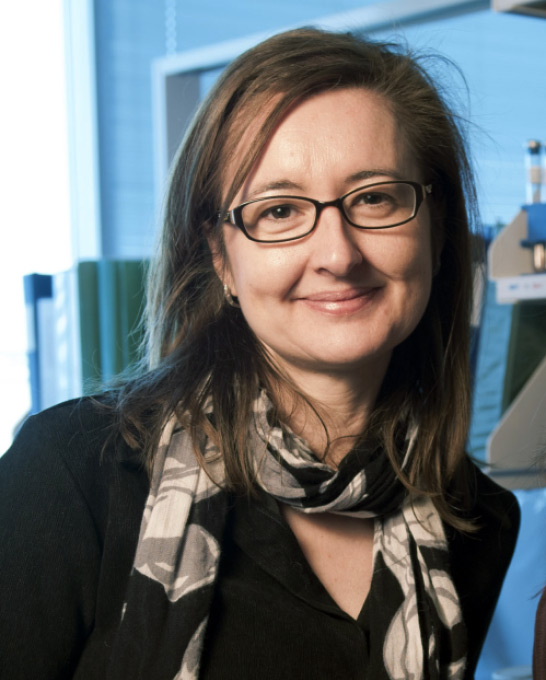 Reguera said she would not have applied for this position if not for the encouragement of some colleagues in the college.

“I was concerned about overcommitting, considering I have an active research lab and leadership positions outside of MSU,” Reguera said. “However, I understood the need to support NatSci’s strategic efforts to create ‘a safe, equitable, and supportive environment in which differences are valued and all members of the NatSci community are empowered to grow and succeed.’ I am honored to contribute to this mission in this role.”

Reguera joined MSU as an MMG assistant professor in 2006. She was subsequently promoted to associate professor in 2012 and to full professor in 2018. Her research focuses on how microbes adaptively respond to changes in their environment and to use this knowledge to develop technologies that prevent human exposure to contaminants, pollutants and pathogens. During her MSU tenure, Reguera has taken on several administrative positions including serving as editor in chief for the American Society of Microbiology journal Applied and Environmental Biology and leading technology commercialization efforts.

Ralston said she is eager to lend her talents to advancing the missions of NatSci and MSU in her new position.

“Graduate students are the engine of our research endeavors in NatSci,” Ralston said. “For me, ensuring the highest quality and most inclusive mentoring and training environment is an important angle of my commitment to research. Plus, I love MSU and see this role as a way to give to the community that I adore.”

Ralston joined MSU in 2014 as a BMB assistant professor. She was subsequently promoted to associate professor in 2016 and to full professor in 2022. Her research is focused on discovering how genes regulate stem cell behavior in the mammalian embryo and during somatic cell reprogramming. This goal is the first step toward developing new stem cell models and therapies for the study and treatment of human diseases and birth defects. Ralston has held several leadership positions during her MSU tenure including serving as chair of the BMB faculty advisory committee, NatSci liaison to the Graduate School Committee on implementing graduate mentoring guidelines at MSU, associate director for the MSU Graduate Program in Cell and Molecular Biology, and chair of the Faculty Women in STEM Peer Mentoring Group.

Ralston received her Ph.D. in zoology from the University of Wisconsin, Madison. Prior to her arrival at MSU, she was a postdoctoral fellow at the Hospital for Sick Children in Toronto.

“Both Gemma and Amy are outstanding faculty members and distinguished scholars in their home departments, and NatSci is very fortunate to have them appointed to these demanding and impactful administrative roles,” Duxbury said. “They are filling roles previously held by Professors Cheryl Sisk and Rich Schwartz respectively, who are highly respected members of the MSU community and who have had transformative impact in these roles. We thank Cheryl and Rich for their many contributions and for their continuing engagement as Gemma and Amy transition into their new appointments."

This story originally ran on the College of Natural Science website.