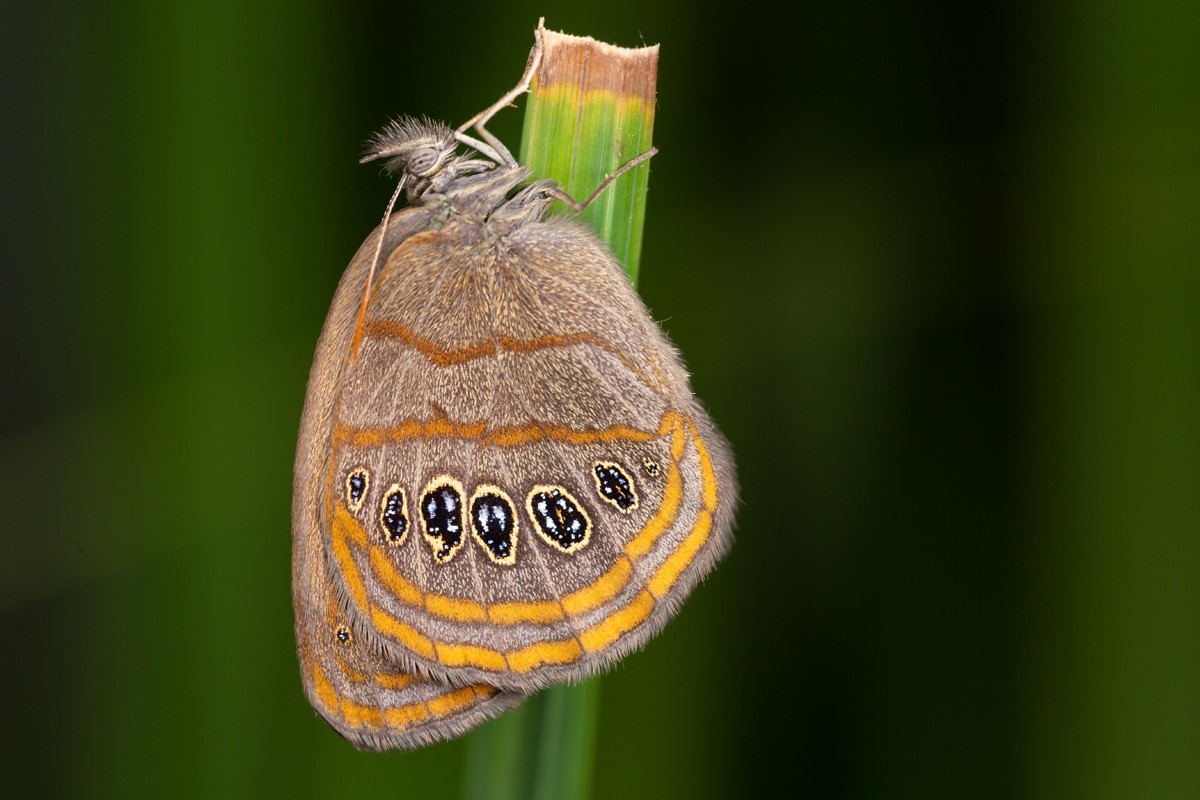 Nick Haddad, professor in MSU's Kellogg Biological Station and Department of Integrative Biology, and his students are working to address the correlation between the St. Francis Satyr butterfly and the habitats they're calling 'home.'

Haddad, a butterfly scientist and conservation biologist, was first approached by the U.S. Army in 2002 because the ideal habitat for the Satyr, ironically, lies on an artillery training zone at Fort Bragg, North Carolina - the largest army installation in the United States.

"This butterfly is one of the rarest butterflies in the world with only about 3,000 adults remaining," Haddad said. "With such a small population, it's threatened with extinction. Because of its rarity, it isn't a pollinator or an important source of food in ecosystems. However, if it is lost, so will be a large group of species in its ecosystem. Our goal is to stabilize and grow the number of butterflies both on and off the army base."

The artillery range within the installation covers 33,000 acres with the sole purpose of being a restricted space to receive ammunition, so the puzzling question remains as to why such delicate insects are thriving in an environment surrounded by 55,000 active-duty soldiers.