After a two-year hiatus, Summer Circle Theatre at Michigan State University is back for its 60th anniversary celebration of free outdoor theater for mid-Michigan audiences and a free weeklong theater camp for kids. This season will include four full productions, and runs from June 9 through June 26.

The season opens on June 9 with the classic musical, "Pippin," by Stephen Schwartz and Roger O. Hirson. In this “acoustic” production, the storytelling is the “magic to do” in Stephen Schwartz’s masterpiece about a prince searching for his purpose. Directed by Rob Roznowski, with music direction by Dave Wendelberger, this show is appropriate for all ages. Performances are at 8 p.m., June 9, 10, and 11; and at 6:30 p.m., June 12. 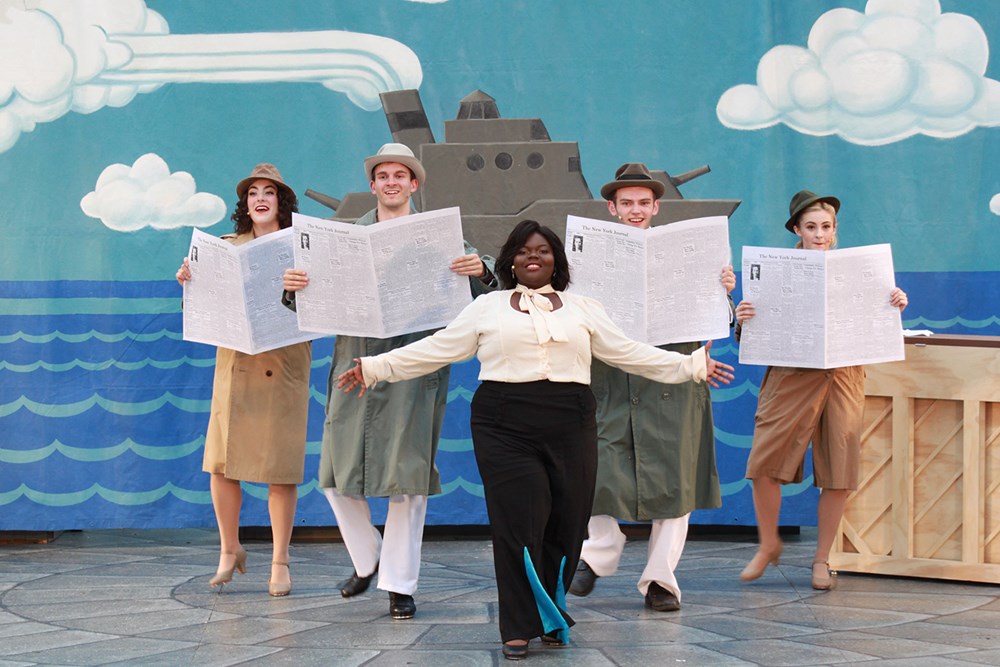 "Distracted" by Lisa Loomer is the second show of the summer. In this funny and poignant play, 9-year-old Jesse’s mama is in search of answers as to why her high-energy, creative kid is unable to concentrate at school. Directed by Ryan Welsh, this show is appropriate for ages 13 and up for profanity and adult themes. Performances are at 8 p.m, June 16, 17, and 18; and at 6:30 p.m., June 19.

The evening of June 17 kicks off the four performances of the SCT 2022 Late Night production of "White Rabbit Red Rabbit." An actor will be given the script at the time of the performance with no rehearsal and no preparation, as Iranian playwright, Nassim Soleimanpour, examines his status as a censored writer. This show has adult themes. Performances are at 10 p.m., June 17, 18, 24, and 25.

SCT 2022 closes its run with the comedy "The Play That Goes Wrong" by Henry Lewis, Jonathan Sayer and Henry Shields. This 1920s whodunit has accident-prone thespians battling against all odds to make it through to their final curtain call. Part "Monty Python," part "Sherlock Holmes," it is guaranteed to leave you aching with laughter. Directed by Brad Willcuts, this show is appropriate for all ages. Performances are at 8 p.m., Jun. 23, 24 and 25; and at 6:30 p.m., June 26.

For the full story and showtimes, visit cal.msu.edu