Michigan State University this year marks the 30th anniversary of the Jewish Studies Program, part of The Michael and Elaine Serling Institute for Jewish Studies and Modern Israel. The institute prides itself on teaching and mentoring its undergraduate students, as well as providing a rich curriculum and extensive programming — building on strengths in American Jewish history and culture; European Jewish history; Holocaust studies; and Hebrew, Judaism and Israel studies.

“We are excited to help celebrate the tremendous work that’s been done with our Jewish Studies Program over the last 30 years,” said MSU President Samuel L. Stanley Jr., M.D. “With such a strong, robust academic foundation and continued growth in course offerings, study abroad opportunities and numerous faculty awards, the program has positioned itself to be a national leader in Jewish studies and Israel studies.” 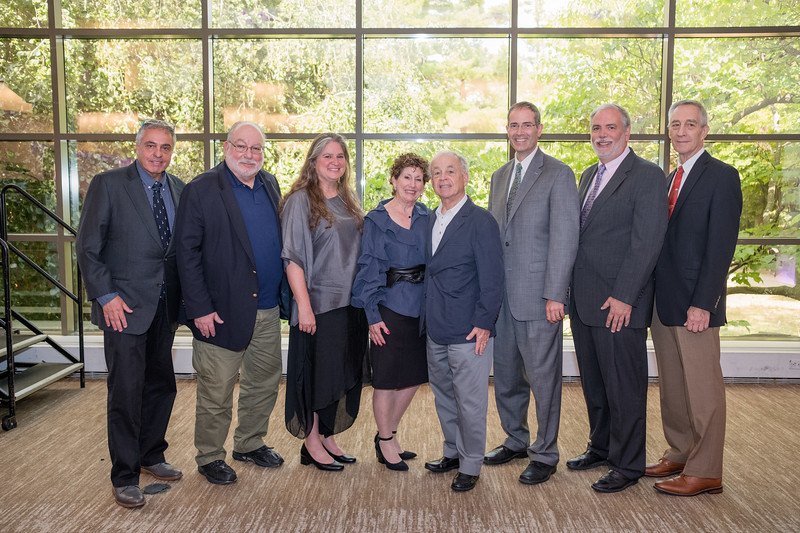 Some of the specific ways the program has grown over the past several decades include gaining six core faculty members, 26 affiliated faculty members and four visiting scholars. Three hundred twenty-five students have specialized/minored in Jewish studies, with a record 56 in 2021–22. In addition, nearly 12,800 students have taken Jewish studies courses, with a record 926 students enrolled in 39 courses in 2021–22.

Back in the fall of 1992, faculty members Barry Gross, Steve Weiland and Ken Waltzer and College of Arts and Letters Dean John Eadie had the vision to establish the Jewish Studies Program at MSU, with the support of former MSU President Peter McPherson. The program began with a handful of courses and faculty and a tiny budget. The program flourished, guided by the vision and hard work of former directors and faculty, and the support of the Advisory Board chaired by Michael Serling, of MSU administrators and community members who established endowments to support faculty, students and the program overall. At each stage, it has received crucial support from College of Arts and Letters deans, most recently from Dean Chris Long. With its naming gift in September 2018, the program transformed into the Michael and Elaine Serling Institute for Jewish Studies and Modern Israel.

“Part of our vision is to use the interdisciplinary lens of Jewish studies/Israel studies to better understand current challenges and ways to resolve them,” said Yael Aronoff, Serling Institute director. “For instance, our teaching, research and/or programming examines Jewish perspectives on reproductive freedom, visions for negotiating an Israeli-Palestinian peace agreement, environmental challenges and solutions, and innovations in entrepreneurship, as well as how diverse Jewish experiences in the U.S., Europe, Israel and other parts of the world shed light on minority/majority relations, nationalist identities and the diversity of religious and ethnic identities.” The past 30 years have come with many triumphs in the program, but the work doesn’t stop there. At the Serling Institute, there is an urgent sense of responsibility to increase awareness of both antisemitism and — in collaboration with the Muslim Studies Program — Islamophobia on campus. The institute has worked to achieve that goal by offering courses on antisemitism, the Holocaust and American Jewish history, as well as programming and workshops on antisemitism. The Serling Institute faculty, staff and students also wrote the “Guide on Antisemitism for the MSU Community,” which will be introduced this fall.

“When I was looking at colleges, it was very important to me that I find a campus with an active and vibrant Jewish community that could provide me with both academic and social support,” said senior Ellie Baden, who is minoring in Jewish studies. “Unfortunately, antisemitism on college campuses is on the rise across the country. I am so proud to go to a university and be involved with a program that is actively combating hate.”

Efforts to educate the MSU community about recognizing and combating antisemitism and Islamophobia extend well beyond the classroom. The institute has participated in six annual forums in which students share experiences of antisemitism; there have also been numerous training sessions for more than 600 residential advisers and intercultural aides on how to appropriately respond to adverse situations. There is also ongoing work to include training on how to recognize and combat antisemitism and Islamophobia into orientation sessions for new students, faculty and staff.

“Over the past 30 years, the Serling Institute has played a vital role in educating and supporting the success of students, faculty and staff on our campus,” said Vice President and Chief Diversity Officer Jabbar R. Bennett. “Their work continues to shine a light on key issues — including the scourge of antisemitism — that impact members of the Jewish community at MSU and beyond.”

A private 30th-anniversary celebration of the Jewish Studies Program will take place Sept. 11 at Cowles House. President Stanley, Bennett, Long and other MSU dignitaries will be in attendance.