Michigan State University researchers and colleagues at the University of California Berkeley, the University of South Bohemia and Lawrence Berkeley National Laboratory have helped reveal the most detailed picture to date of important biological “antennae.” 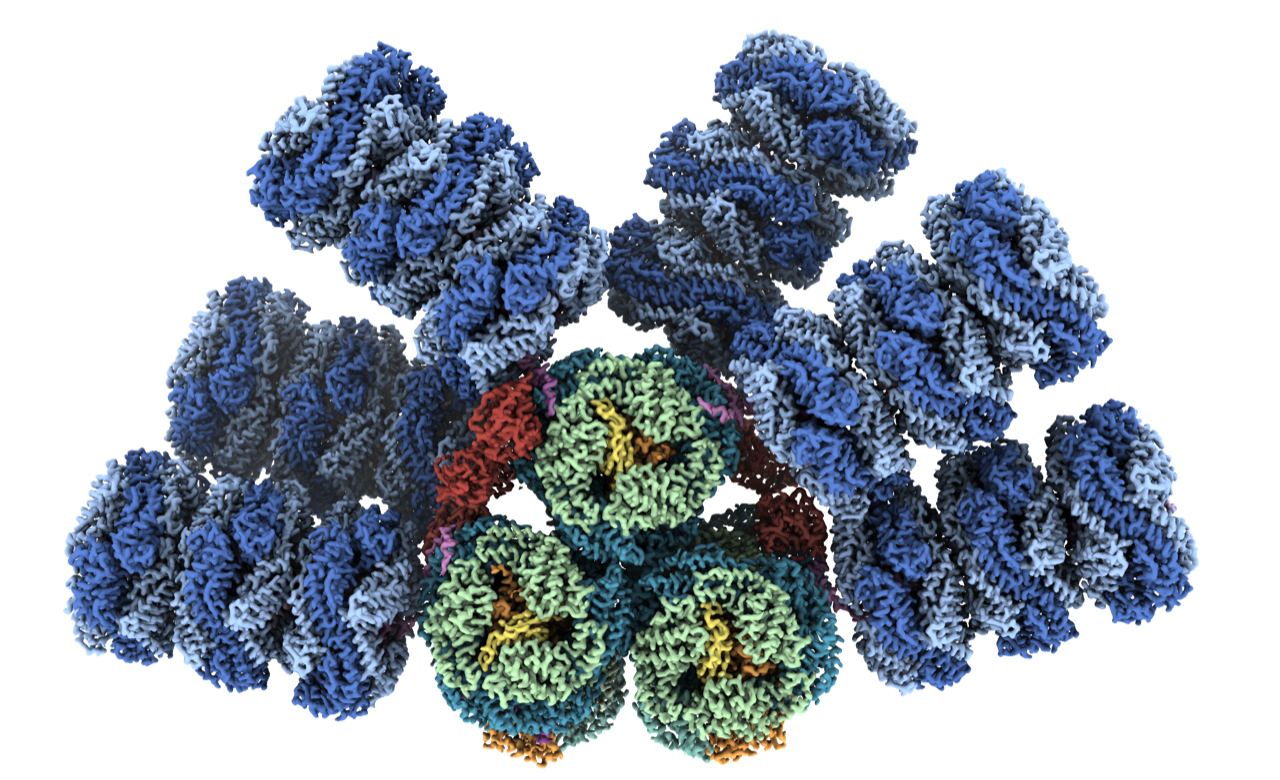 Nature has evolved these structures to harness the sun’s energy through photosynthesis, but these sunlight receivers don’t belong to plants. They’re found in microbes known as cyanobacteria, the evolutionary descendants of the first organisms on Earth capable of taking sunlight, water and carbon dioxide and turning them into sugars and oxygen.

Published Aug. 31 in the journal Nature, the findings immediately shed new light on microbial photosynthesis — specifically, how light energy is captured and sent to where it’s needed to power the conversion of carbon dioxide into sugars. Going forward, the insights could also help researchers remediate harmful bacteria in the environment, develop artificial photosynthetic systems for renewable energy and enlist microbes in sustainable manufacturing that starts with the raw materials of carbon dioxide and sunlight. 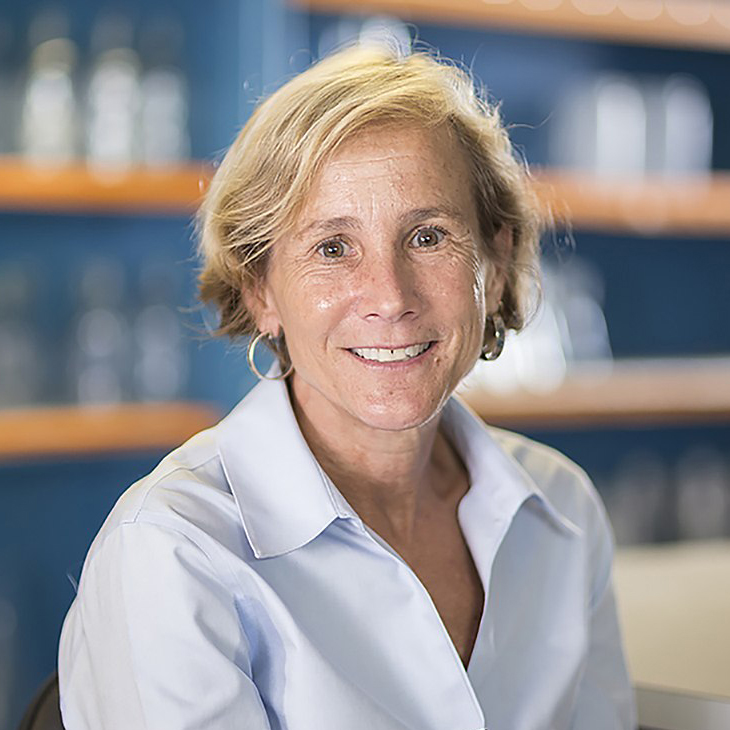 “There’s a lot of interest in using cyanobacteria as solar-powered factories that capture sunlight and convert it into a kind of energy that can be used to make important products,” said Cheryl Kerfeld, Hannah Distinguished Professor of structural bioengineering in the College of Natural Science. “With a blueprint like the one we’ve provided in this study, you can start thinking about tuning and optimizing the light-harvesting component of photosynthesis.”

“Once you see how something works, you have a better idea of how you can modify it and manipulate it. That’s a big advantage,” said Markus Sutter, a senior research associate in the Kerfeld Lab, which operates at MSU and Berkeley Lab in California.

The cyanobacterial antenna structures, which are called phycobilisomes, are complex collections of pigments and proteins, which assemble into relatively massive complexes. 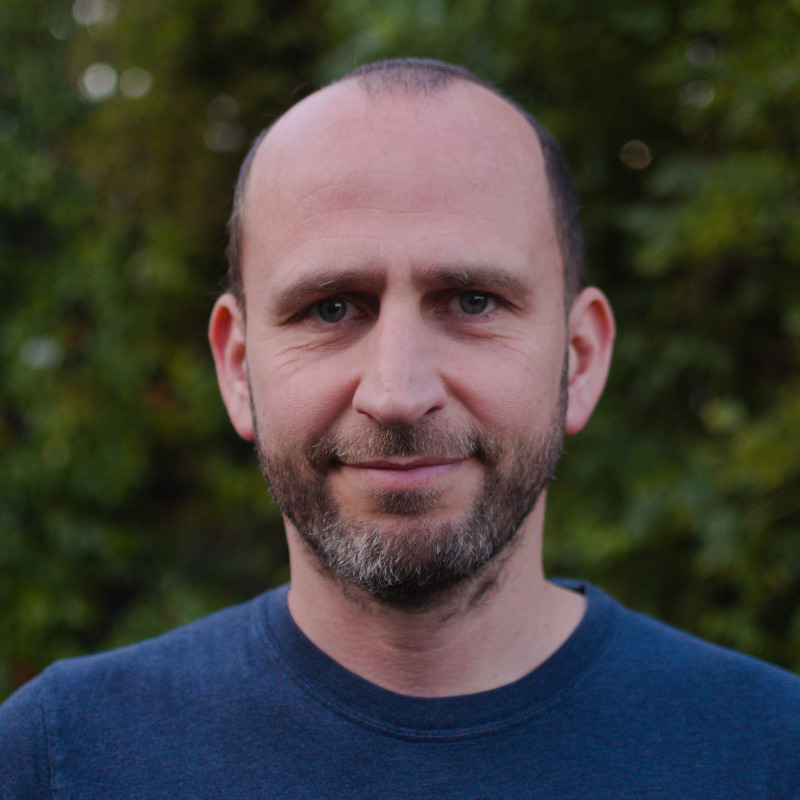 Markus Sutter, a senior research associate in the Kerfeld Lab

For decades, researchers have been working to visualize the different building blocks of phycobilisomes to try to understand how they’re put together. Phycobilisomes are fragile, necessitating this piecemeal approach. Historically, researchers have been unable to get the high-resolution images of intact antennae needed to understand how they capture and conduct light energy.

Now, thanks to an international team of experts and advances in a technique known as cryo-electron microscopy, the structure of a cyanobacterial light harvesting antenna is available with nearly atomic resolution. The team included researchers from MSU, Berkeley Lab, the University of California, Berkeley and the University of South Bohemia in the Czech Republic.

“We were fortunate to be a team made up of people with complementary expertise, people who worked well together,” said Kerfeld, who is also a member of the MSU-DOE Plant Research Laboratory, which is supported by the U.S. Department of Energy. “The group had the right chemistry.”

“This work is a breakthrough in the field of photosynthesis,” said Paul Sauer, a postdoctoral researcher in Professor Eva Nogales' cryogenic electron microscopy lab at Berkeley Lab and UC Berkeley. 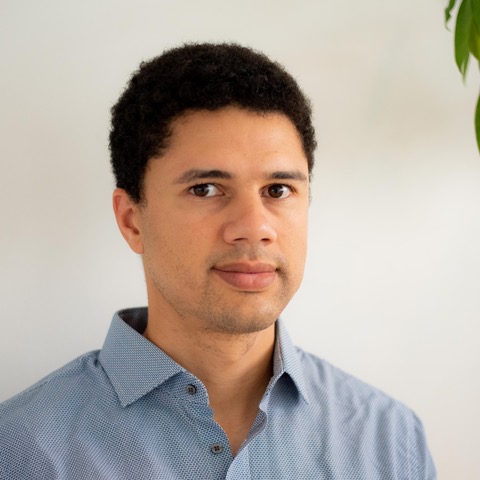 Paul Sauer, a postdoctoral researcher at UC Berkeley and the Berkeley Lab

“The complete light-harvesting structure of a cyanobacteria’s antenna has been missing until now,” Sauer said. “Our discovery helps us understand how evolution came up with ways to turn carbon dioxide and light into oxygen and sugar in bacteria, long before any plants existed on our planet.”

Along with Kerfeld, Sauer is a corresponding author of the new article. The team documented several notable results, including finding a new phycobilisome protein and observing two new ways that the phycobilisome orients its light-capturing rods that hadn’t been resolved before.

“It’s 12 pages of discoveries,” said María Agustina Domínguez-Martín of the Nature report. As a postdoctoral researcher in the Kerfeld Lab, Domínguez-Martín initiated the study at MSU and brought it to completion at the Berkeley Lab. She is currently at the University of Cordoba in Spain as part of the Marie Skłowdoska-Curie Postdoctoral Fellowship. “It’s been a long journey full of nice surprises.” 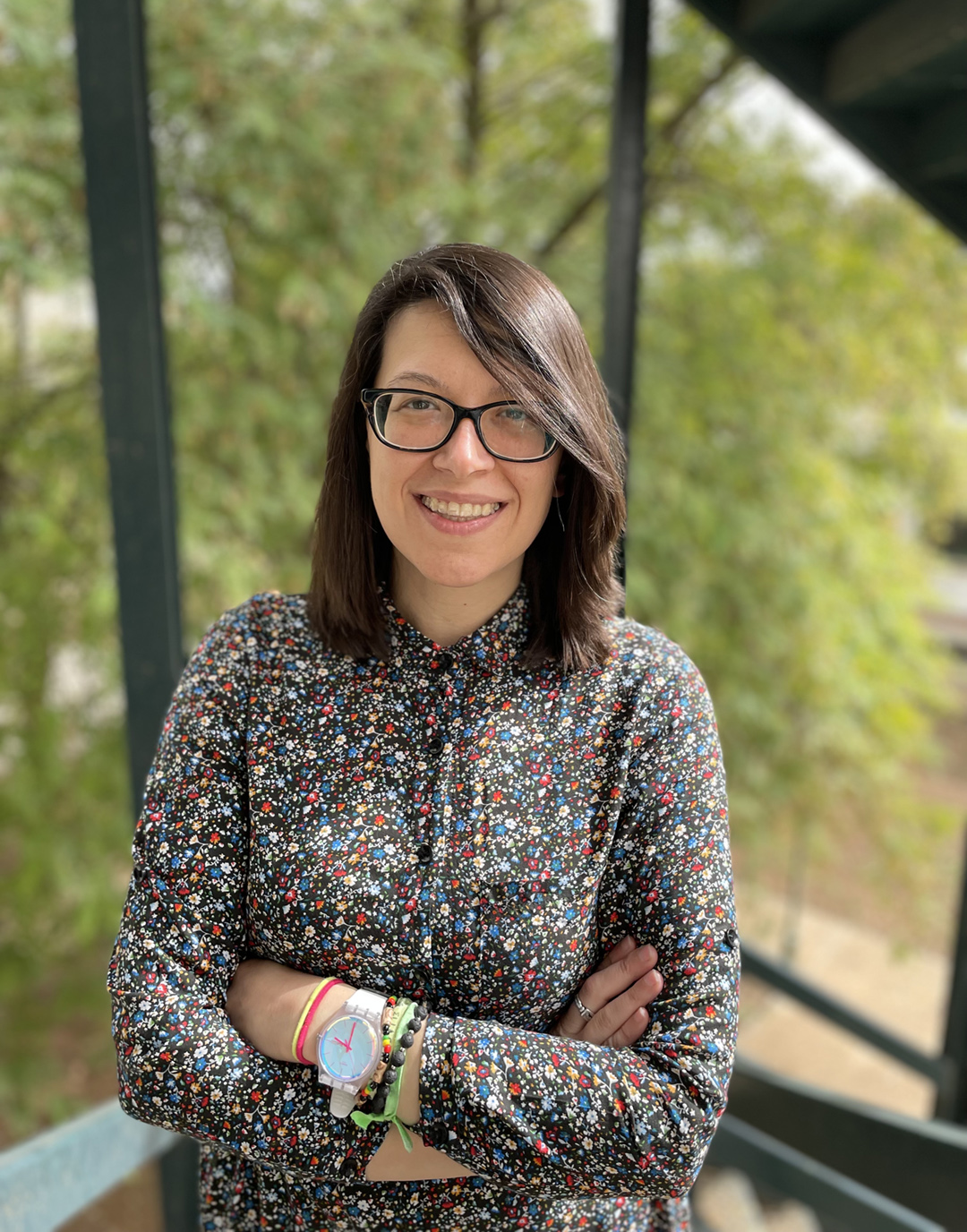 María Agustina Domínguez-Martín initiated the research project as a postdoctoral researcher in the Kerfeld Lab.

One surprise, for example, came in how a relatively small protein can act as a surge protector for the massive antenna. Before this work, researchers knew the phycobilisome could corral molecules called orange carotenoid proteins, or OCPs, when the phycobilisome had absorbed too much sunlight. The OCPs release the excess energy as heat, protecting a cyanobacterium’s photosynthetic system from burning up.

Until now, there’s been debate about how many OCPs the phycobilisome could bind and where those binding sites were. The new research answers these fundamental questions and offers potentially practical insights.

This kind of surge-protecting system — which is called photoprotection and has analogs in the plant world — naturally tends to be wasteful. Cyanobacteria are slow to turn their photoprotection off after it has done its job. Now, with the complete picture of how the surge protector works, researchers can design ways to engineer “smart,” less wasteful photoprotection, Kerfeld said. MSU researchers helped uncover an unparalleled level of detail in phycobilisomes, the green and blue assemblies in this illustration. These structures work as antennae that cyanobacteria use in photosynthesis. The blue and green colors represent different proteins and pigments in the phycobilisome. OCPs, the occasional orange hangers-on, help dissipate excess captured energy as heat. Credit: Janet Iwasa/University of Utah

And, despite helping make the planet habitable for humans and countless other organisms that need oxygen to survive, cyanobacteria have a dark side. Cyanobacteria blooms in lakes, ponds and reservoirs can produce toxins that are deadly to native ecosystems as well as humans and their pets. Having a blueprint of how the bacteria not only collect the sun’s energy, but also protect themselves from too much of it could inspire new ideas to attack harmful blooms.

Beyond the new answers and potential applications this work offers, the researchers are also excited about the new questions it raises and the research it could inspire.

“If you think of this like Legos, you can keep building up, right? The proteins and pigments are like blocks making the phycobilisome, but then that’s part of the photosystem, which is in the cell membrane, which is part of the entire cell,” Sutter said. “We’re climbing up the ladder of scale in a way. We’ve found something new on our rung, but we can’t say we’ve got the system settled.”

“We’ve answered some questions, but we’ve opened the doors on others and, to me, that’s what makes it a breakthrough,” Domínguez-Martín said. “I’m excited to see how the field develops from here.”

This work was supported by the U.S. Department of Energy Office of Science, the National Institutes of Health, the Czech Science Foundation and the European Union’s Horizon 2020 research and innovation program.