In October, MSU recognizes LGBT History Month, an observance of lesbian, gay, bisexual and transgender history, and the history of related civil rights movements. For a list of LGBTQIA+ resources visit gencen.isp.msu.edu or gscc.msu.edu. 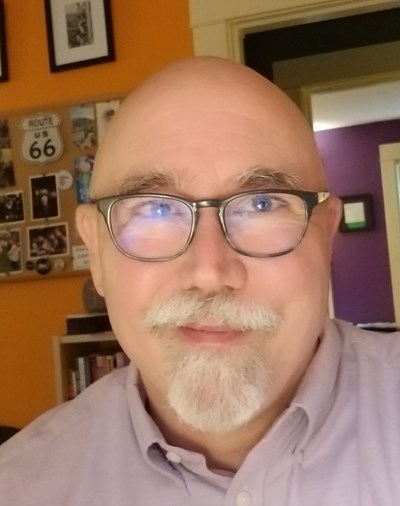 In 1972, Michigan celebrated its first Pride march on Christopher Street, Detroit. While he was young at the time of the event and not in attendance, Tim Retzloff, now a history and LGBTQIA+ studies professor at MSU, wanted to honor this occasion for its 50th anniversary.

Retzloff is an assistant professor in the Department of History in the College of Social Science and a faculty member in the Center for Gender in a Global Context, or GenCen, in International Studies and Programs.

The book is based on eyewitness accounts, oral histories, diaries, organizational minutes and other publications from that time. All of these contributed to telling the story of the celebration and the events leading up to it. 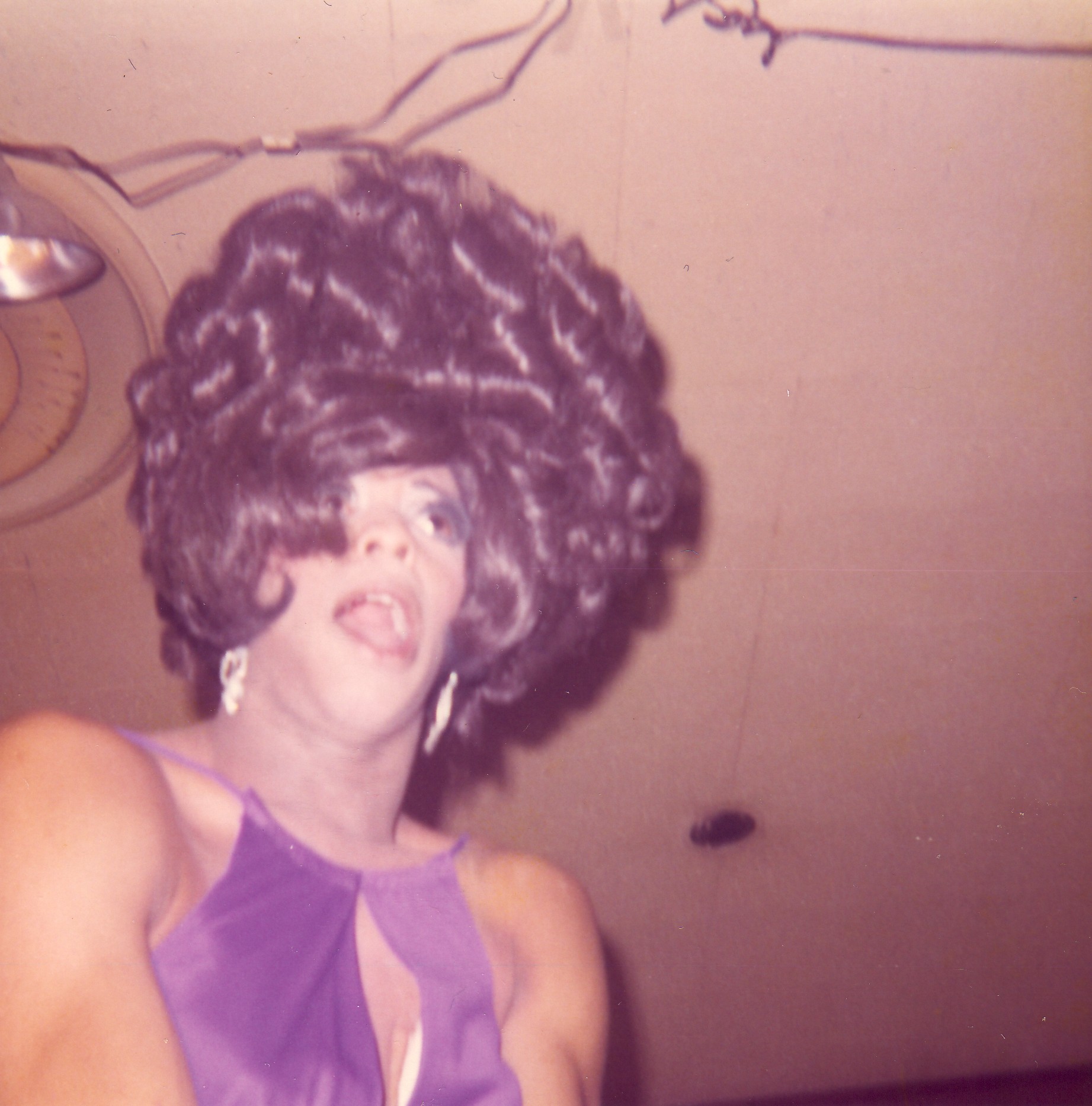 Retzloff and Paul were motivated to create the comic because it served as a key moment that inspired early gay activism on campus.

“A lot of contemporary people had never known there was a Pride that far back. Part of it is some of the people who were involved moved away, some stopped being active, some of them died during the AIDS epidemic or some other intervening cause,” Retzloff said. “So, it was a story that was waiting to be told.”

Through their research, the two found many notable individuals who played crucial roles in making the march happen, including Mike Scott, aka Aretha, who led the march.

Scott had won the Miss Capital City contest at Joe Covello’s bar, a mainstay in Lansing’s gay community, sponsored by the MSU Gay Liberation Movement. GLM is one of the oldest lesbian, gay, bisexual and transgender groups in Michigan, founded in the early 1970s. Scott rode on the hood of a car at the very front of the march and performed at the dance. During this time, Scott worked at a restaurant in Lansing and later went on to work as a chef in the Shaw Hall cafeteria on campus. Scott is one of many notable people who played important roles in the march who were a part of the MSU community. But, like Scott’s story, they were hard to come by because most information was not online.

One perspective that had been buried in MSU archives came from Elyse Eisenberg, a student at MSU at the time.

Eisenberg was a member of GLM, which helped get things off the ground for LGBTQIA+ activism on campus. The group, now known as the Alliance of Queer and Ally Students, even aided in East Lansing becoming the first city in the country to prohibit discrimination based on sexual orientation in city hiring. 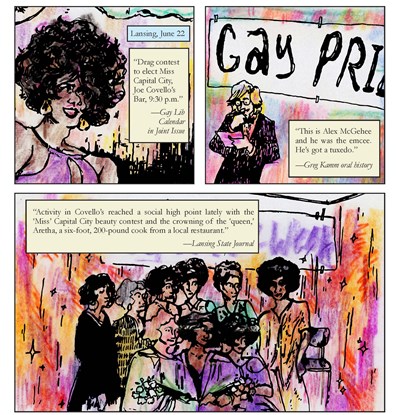 Comic strip from "Come Out! In Detroit" based on professor Tim Retzloff's research. Artwork by Isabel Clare Paul.

One of Eisenberg’s roles was transporting activists by bus. Doing this allowed more people to get involved by giving them the means to attend meetings, protests and other events.

Eisenberg’s story does not appear in the comic book because the interview did not take place until after its publication but was revealing as to how much LGBTQIA+ history had been lost.

Retzloff made use of a variety of archives and collections for his research, including MSU Libraries’ LGBTQ+ Resources in Special Collections. Special Collections began collecting gay and lesbian materials in the 1970s thanks to the work of bibliographer Anne E. Tracy, who helped his early research. 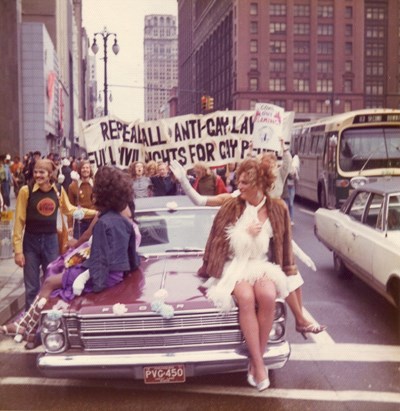 Miss Capital City Scott riding on the hood of a car at the Christopher Street Detroit '72 Pride march. Photo by Greg Kamm.

“I remember her coming up to me and asking what I was researching. I did not want to tell her because I assumed she was anti-pride,” Retzloff said. “It turned out that she was the LGBTQIA+ bibliographer and was responsible for Michigan State being among the earliest academic libraries to start collecting LBGTQIA+ material.”

“I am very grateful to have learned about and shed light on this part of our history, which has been marginalized and not often captured by other documentation that we usually rely on,” said Retzloff.

Retzloff will teach a course in spring of 2023 on advanced women’s studies, titled Doing Queer Histories, which serves as the capstone course for the LGBTQ Studies minor offered through GenCen.