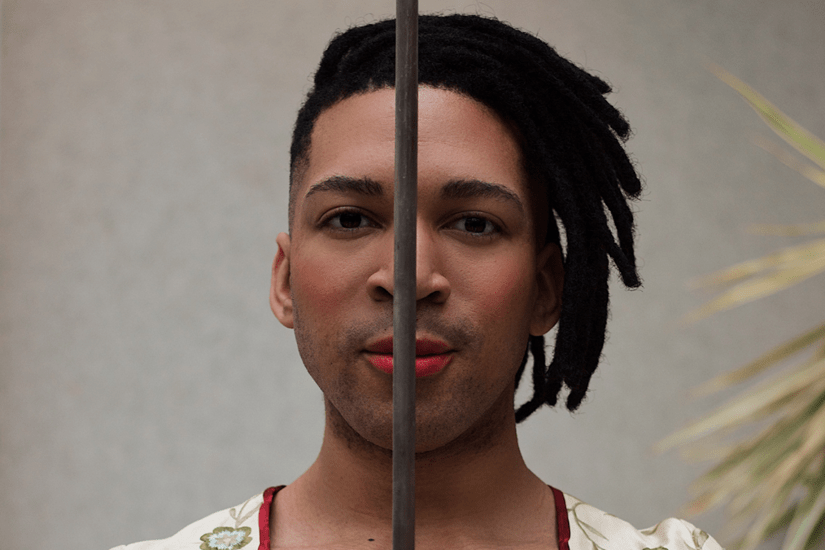 The Michigan State University Department of Theatre concludes its successful 2021-22 season with "Monsieur d’Éon is a Woman," a biting political comedy and sexy, swashbuckling romp that tells the true story of Charles d’Éon de Beaumont, an 18th century soldier, spy, and diplomat for the French courts of Louis XV and XVI. The production runs Apr. 21–24 in the Pasant Theatre at Wharton Center for Performing Arts. Masks are optional but encouraged for audience members.

Charles d’Éon de Beaumont was a member of the King’s secret society, the elite Dragoons, a Freemason, and reputedly one of the best swordsmen in France. d’Éon lived 49 years as a man and 33 as a woman and the mystery of d’Éon’s gender was the subject of great debate (and wagers) in London and Paris. Ever the expert at espionage, d’Éon kept the mystery alive, and it persists today. With guest appearances by Jean-Jacques Rousseau, Benjamin Franklin, King George III, the Marquis de Sade, and Madame de Pompadour, this play presents the heroic and tragic story of a complex and fascinating person.

“d’Éon herself is a historical example of the modern-day phenomenon of public figures being bombarded with questions regarding their dating lives and sexuality,” says student dramaturg and second-year arts and humanities major Abby Grantham. “This play offers a timely examination of our own judgment and questioning of others' gender identities and sexualities while also examining the political climate that still exists today.”

The opening night performance will include a post-show discussion on the evolution of the women warrior in early modern French literature with Valentina Denzel, associate professor of French literature in the Department of Romance and Classical Studies at Michigan State University.

Tickets for "Monsieur d’Éon is a Woman" are $23.50 for general admission, $21.50 for MSU faculty and staff and seniors, and $13.50 for students. Tickets are available online at whartoncenter.com, at the Wharton Center box office, or by calling 1-800-WHARTON.

For more information on the show and other MSU Department of Theatre productions, visit theatre.msu.edu.