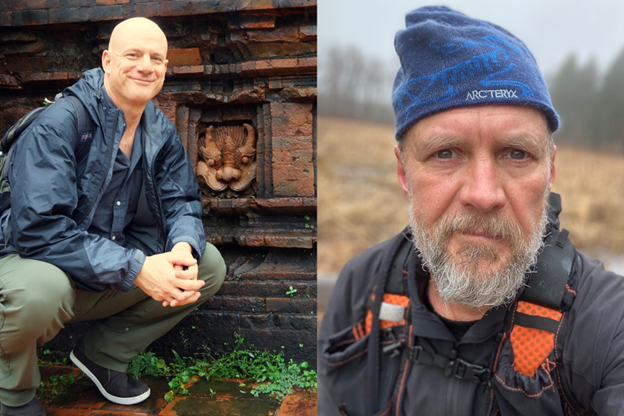 MSU Anthropology professors Gabe Wrobel and Joe Hefner recently published their collaborative research findings on ancient populations from Central Belize in the "Journal of Archaeological Sciences: Reports." Their article, “Exploring Maya population history of Central Belize from Late Preclassic to Late/Terminal Classic,” focuses on an expansive moment in history that saw a rise in population and construction in this region of connected river valleys.

“Like many areas of the Maya area at the beginning of the Late Classic period (~AD 500), Central Belize shows a dramatic population explosion and construction of large civic-ceremonial centers,” Wrobel said. He explained that these served administrative, economic, political, and ritual functions, and in Central Belize, were connected by a network of raised roads.

“Our study explores the nature of the sudden and dramatic rise of these centers by asking whether they were constructed by local groups who were living in the valley in small farming communities, or whether other groups moved into this area to expand their territory to include Central Belize.”

Wrobel explained that Central Belize is strategically located between several rival kingdoms. It also is at the confluence of several ecological zones with a wide diversity of natural resources.

“For Belizean archaeologists, this research presents new insights into sociopolitical organization at the height of the Classic Maya period,” he said.