Dr. Kevin Leonard, assistant director of diversity, equity, and inclusion in MSU’s College of Veterinary Medicine, has been selected to serve as the interim director of MSU’s Native American Institute (NAI), effective October 1, 2022. 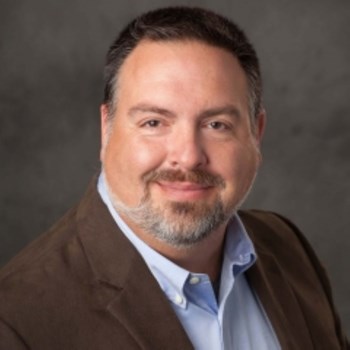 Leonard has worked across various departments at MSU over the past twenty years, including the Office of Admissions, where he was responsible for building relationships with tribal communities to encourage an increase in the number of Native American applicants to the university.

In his current role, he has overseen all diversity, equity, and inclusion programing for the College of Veterinary Medicine, coordinated the Summer Enrichment Program, and worked to update the college’s DEI Strategic Plan for 2022 and beyond. He also serves as president of EAGLE (Educating Anishinaabe: Giving, Learning, and Empowering) Native Faculty/Staff Association and as an executive board member for CoREM (Coalition of Racial and Ethnic Minorities).

Prior to taking on his role in the College of Veterinary Medicine, Leonard served as the senior program coordinator with the Multicultural Business Programs in the Eli Broad College of Business, where he provided academic advising, promoted internship opportunities, coordinated tutorial programs, and supervised a staff of 30 tutors who provided services to minoritized business students.

A lifelong Spartan, he earned his bachelor’s degree from the School of Hospitality Business in the Eli Broad College of Business and his master’s and doctorate from the Higher, Adult, and Lifelong Education Program in the College of Education.

“Dr. Leonard steps into this role with the background and experience needed to provide stability during this time of transition for the Native American Institute,” said MSU Provost Teresa K. Woodruff, Ph.D. “We are thankful for his willingness to provide leadership, and for his forward-thinking commitment to the success of the NAI.”

Over the years, Leonard has received awards for leadership and service from MSU and his community, the Sault Ste. Marie Tribe of Chippewa Indians. A proud member of the Sault Ste. Marie Tribe of Chippewa Indians, part of the Three Fire Confederacy, Dr. Leonard’s Anishinaabe name is Waabshka Mai'ingan (White Wolf) and he is a member of the Migizi Doodem (Eagle Clan). He is also a member of the Native American Advisory Council for the Michigan Diversity Council and an elected member of the Holt Public Schools Board of Trustees and the Delhi Township Park Commission.

“I am deeply honored and humbled by this appointment and thank Provost Woodruff and others for providing me the opportunity to serve the MSU Native community while assisting Michigan State University in establishing new and growing existing relationships with our tribal communities throughout the state,” said Leonard.  “As interim director I look forward to working with our Native communities on and off campus, the Office of University Outreach and Engagement, and the Office of the Provost to support the NAI, which has been faithfully serving American Indian communities since its founding in 1981.”

A search for the next leader of the Native American Institute will commence this academic year.