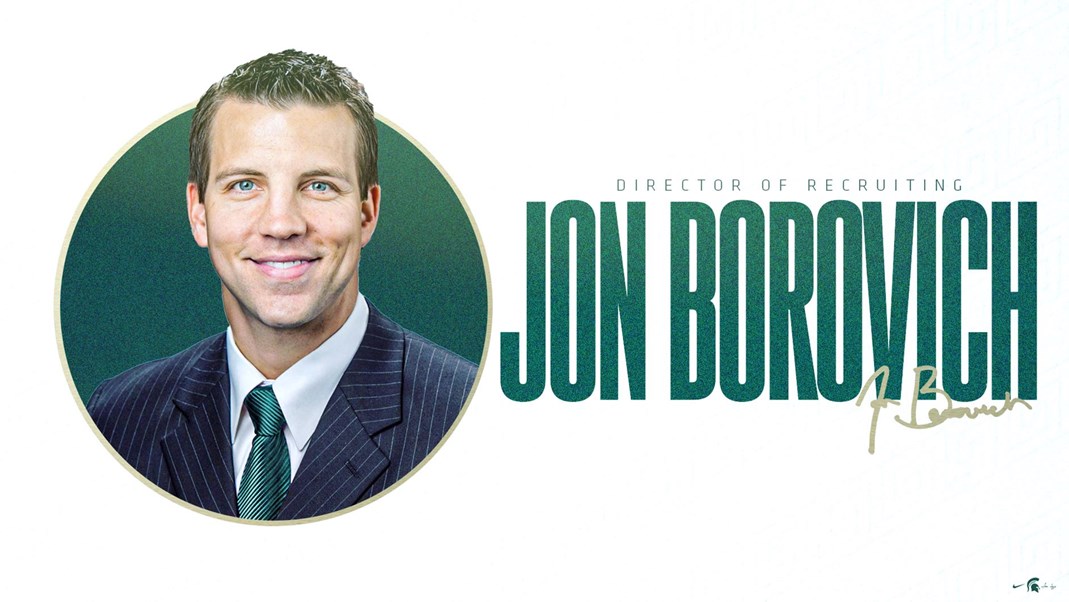 Borovich started his coaching career at Michigan State as a graduate assistant from 2001-03 under Izzo.

"I'm very excited to welcome Jon back to Michigan State. Jon got his start here as a graduate assistant and it's great to have him back as a member of our full-time staff," Izzo said. "He's had the opportunity to work at several different schools under some coaches I have great respect for in Greg Kampe, Brian Gregory, Mark Montgomery and most recently, Chris Collins, and returns to us with a great pedigree in college basketball. Jon is a hard worker with great energy who will be a great impact for our program."

Borovich comes to East Lansing after spending three season as an assistant coach at Northwestern. He helped lead the Wildcats to seven Big Ten wins in each of the last two seasons, the program's most in a year since the 2016-17 season.