Science is a team sport. Searching for answers to science’s fundamental questions requires not only team effort, but the effort of multiple teams across multiple countries.

In its quest to answer questions about the evolution and properties of cosmic matter and the origin of the world’s chemical elements, the International Research Network for Nuclear Astrophysics, or IReNA, supported by the National Science Foundation and headquartered at Michigan State University, is expanding to include three new crucial research partners.

They join six other networks that comprise IReNA: Joint Institute for Nuclear Astrophysics – Center for the Evolution of the Elements, or JINA-CEE; Chemical Elements as Tracers of the Evolution of the Cosmos, or ChETEC; ExtreMe Matter Institute, or EMMI; Nucleosynthesis Grid collaboration, or NuGRID; Collaborative Research Center “The Milky Way System,” or SFB 881; and Japan Forum of Nuclear Astrophysics/UKAKUREN. 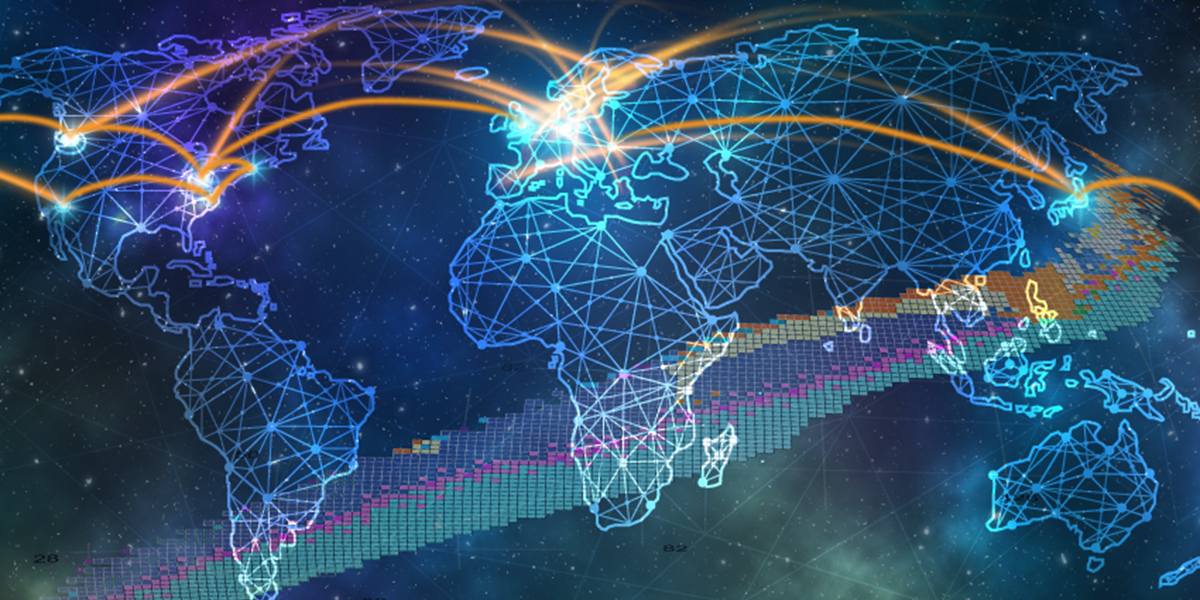 The Michigan State University-led International Research Network for Nuclear Astrophysics has expanded to include three new partners in its global quest to answer science’s most important questions. Credit: Facility for Rare Isotope Beams

“We are very excited about the ‘bridge over the Atlantic Ocean’ joining the UK BRIDGCE research network and U.S.-based IReNA,” said Chiaki Kobayashi, chair of BRIDGCE’s steering committee and professor of astrophysics at the University of Hertfordshire, UK. “This bridge opens up excellent opportunities to exchange multidisciplinary knowledge and expertise, establish international connections and enhance training of the next generation of researchers. Our goal is to understand the origin of elements such as gold and platinum in the universe.”

Since its founding in 2019, IReNA has improved communication across countries and disciplines to take advantage of developments in astronomy, nuclear experiments and theory. It is enabled by NSF’s AccelNet program dedicated to support strategic linkages among U.S. research networks and complementary networks abroad. IReNA employs a novel mechanism of connecting regional research networks across the world into a global network of networks.

"For CaNPAN to be able to join the IReNA network is a great opportunity to further collaboration between Canadian nuclear astrophysics researchers and their colleagues in the U.S. and around the world," said Chris Ruiz, senior scientist at TRIUMF in Canada and CaNPAN representative. “Also importantly, it connects students to their peers in the field and really fosters community among the future leaders of the field."

“We are excited to partner with IReNA to accelerate progress in our field,” said Daniel Bemmerer, ChETEC-INFRA representative and nuclear astrophysics group leader at Helmholtz-Zentrum Dresden-Rossendorf in Germany. “For example, we plan to offer complimentary access to ChETEC-INFRA infrastructures, partner in organizing meetings and improve the worldwide visibility of smaller European research institutions.”

Nuclear astrophysics is a multidisciplinary field that addresses scientific questions at the intersection of nuclear physics and astrophysics. Research networks connecting nuclear physicists, astronomers and modelers are key to making progress.

For example, when the observatories known as LIGO and Virgo announced the detection of gravitational waves from the collision of two neutron stars — neutron star merger GW170817 — in August 2017, the event was followed up by detection of electromagnetic emission by a coordinated network of ground and space-based telescopes. This was the first cosmic event observed in both gravitational waves and light. Astronomy and nuclear astrophysics have since entered the multimessenger era. These multimessengers inform modelers about key nuclear physics input needed to understand how chemical elements are synthesized in such energetic cosmic events.

More powerful accelerators and more sophisticated detectors at both radioactive and stable beam facilities allow for the measurements of short-lived nuclear species never before accessible. The Facility for Rare Isotope Beams, or FRIB, in the United States, for example, will soon produce some of these ephemeral rare isotopes.

“There hasn’t been a more exciting time to be a researcher in this field,” said Hendrik Schatz, University Distinguished Professor with faculty appointments at FRIB and in MSU’s Department of Physics and Astronomy and director of IReNA and JINA-CEE. Schatz conducts nuclear research at FRIB. “We are at the crossroads of unprecedented scientific opportunities. By building networks of networks like IReNA, we are well-equipped to fully exploit these opportunities and to really accelerate science. We are also able to train the new generation of nuclear astrophysicists in a global and multidisciplinary environment.”

IReNA is a National Science Foundation AccelNet Network of Networks. AccelNet is designed to accelerate the process of scientific discovery and prepare the next generation of U.S. researchers for multiteam international collaborations. The AccelNet program supports strategic linkages among U.S. research networks and complementary networks abroad that will leverage research and educational resources to tackle grand scientific challenges that require significant coordinated international efforts. Learn more at www.irenaweb.org.

Michigan State University operates FRIB as a user facility for the Office of Nuclear Physics in the U.S. Department of Energy Office of Science. Hosting the most powerful heavy-ion accelerator, FRIB will enable scientists to make discoveries about the properties of rare isotopes in order to better understand the physics of nuclei, nuclear astrophysics, fundamental interactions and applications for society, including in medicine, homeland security and industry.