Coach James Bibbs is this year’s Homecoming grand marshal. Bibbs was the first Black head coach at the university and first Black head track coach in the Big Ten. His deep commitment to youth and passion for the sport has gained the respect of countless colleagues, athletes, parents and friends nationwide. 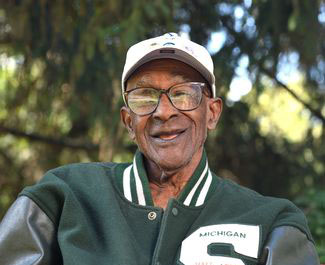 Before coaching, Bibbs was an exceptional athlete in his own right. He was offered, but declined, a Class A contract with the New York Yankees. In 1951 he tied Jesse Owen’s world record in the 60-yard dash.

Under his coaching, encouragement and support, many student-athletes have been empowered to excel in athletics and academics. James E. Bibbs is known throughout the community as an ambassador for Spartan Sports. He is “green” through and through, a role model and mentor to children, youth and adults of all ages. He is a man of integrity and honesty who is never hesitant to share his love of MSU, talent and considerable wisdom with others.

In celebration of the "Spartans Bring the Magic" Homecoming 2022 theme, the MSU community is coming together to support a life-changing program creating real-life magic for students starting their Spartan experience. MSU M.A.G.I.C. (Maximizing Academic Growth in College) is a one-week experience coordinated by the Office of Cultural & Academic Transitions designed to help incoming students begin the process of becoming a successful Spartan during the summer, before classes begin in August. Learn more at givingto.msu.edu.

This story originally ran on the MSU Alumni website.

College of Music presents uplifting concert to celebrate the season