Dmitrii Pastushenkov shares his experiences as a Russian applied linguist in the United States. Born in Russia, Pastushenkov has lived in the U.S. since 2012, attending Kent State University where he earned three master’s degrees and Michigan State University for his doctoral studies. Russia’s invasion of Ukraine has changed the way he sees himself and his profession.

Pastushenkov is a recent graduate of MSU’s Ph.D. Program in Second Language Studies in the Department of Linguistics, Languages, and Cultures in the College of Arts and Letters. His main area of research is Second Language Acquisition. He defended his dissertation in July 2022 and is starting a preceptor position teaching Russian full-time at Harvard University in the Department of Slavic Languages and Literatures.

During his doctoral studies, Pastushenkov was the first scholar from Russia to receive a fellowship from the MSU Cultures and Languages across the Curriculum Program where he facilitated weekly immersion sessions and participated in guest lectures about Russian contemporary culture and representations of Russia in the media. He has worked as a second language teacher, educator, SLA researcher, and translator at different institutions in Russia and the United States. 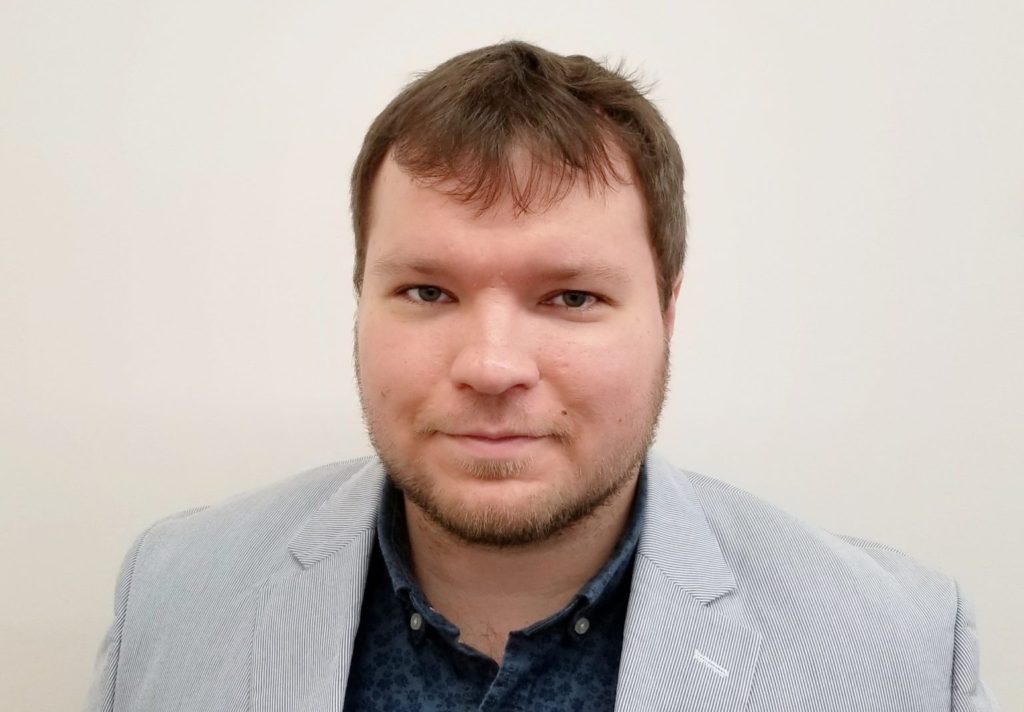 This spring, I was watching one of the documentaries about the ongoing war in Ukraine, called Man During War, on the popular Russian YouTube channel “Vdud.” Unsurprisingly, this channel became a so-called “foreign agent” in Russia soon after the video was released.

One of the most striking quotes from Man During War came from the musician Alexey Zelensky [not related to President of Ukraine Volodymyr Zelensky], one of the Russian immigrants living and helping Ukrainian refugees in Budapest. Even though he had lived in Hungary for quite some time, just like me living in the United States, Alexey said that he did not consider himself an immigrant before February 24, when Russia started the war against Ukraine. As Alexey said, he woke up an immigrant.

This quote stuck with me. On February 24, I was working on my dissertation and teaching a course for future language teachers. I am an applied linguist, which in my case means that I teach Russian, ESL, and teacher education courses and conduct SLA research.

The war has affected me both personally and professionally.

I am lucky to have family in different countries including the United States, Ukraine, and Russia. I remember visiting my family in Ukraine and our trip to Mariupol as a kid. The city seemed so bright, blue, sunny, and happy. Now the beautiful city of Mariupol is in ruins.

The war is a tragedy for Ukraine, but it also is a catastrophe for Russia. Putin has turned “Russia” into one of the most hated words in the world. For me, as a Russian scholar, it is heartbreaking, but words mean nothing compared to what Ukraine is going through right now.

This fall semester, I am starting my job at Harvard University. As a Russian Preceptor, I expect that I will need to address the topic of war in my classes. I want my students to know that there are still many good Russian people living in Russia, the United States, and other countries who oppose this war and who stand with Ukraine.

I am proud of all those Ukrainians who are fighting for their country and those Russians who are not afraid to oppose the war, even though I wish there were much more of us. I believe in the “beautiful (and free) Russia of the future,” as the imprisoned leader of the Russian opposition Alexey Navalny and his supporters call it. The good will always prevail, even though sometimes it takes longer than we would want.

This has been adapted from a story published on the College of Arts and Letters website.