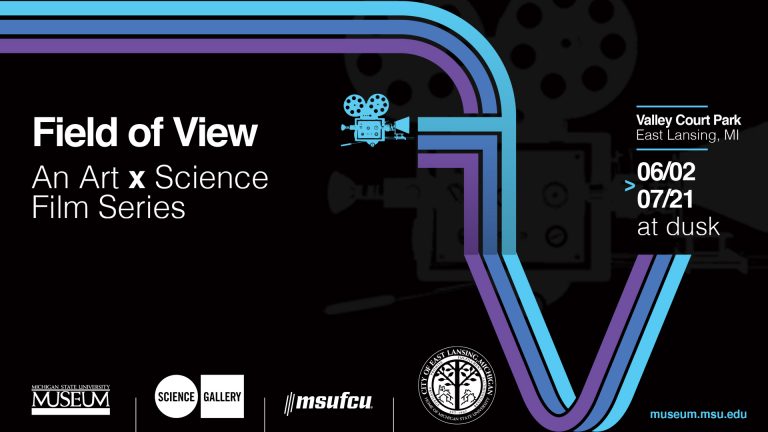 After two years of social distancing and other precautions due to the ongoing pandemic, the MSU Museum is bringing the local community together in an outdoor public setting for an exciting new films series that will entertain, enlighten and illuminate minds. Field of View: An Art x Science Film Series, co-presented by the MSU Museum, MSU Science Gallery and the City of East Lansing, features a collection of eight thought-provoking documentaries exploring humankind’s understanding of the world. This outdoor film series takes place weekly on Thursdays from June 2 to July 21 at Valley Court Park in East Lansing.

“We are pleased to once again be partnering with the City of East Lansing on public programming that will entertain and delight our local communities,” said Devon Akmon, director of the MSU Museum and Science Gallery. “The film series reinforces our mission of engaging audiences with timely and relevant educational content at the nexus of the arts and sciences.”

From the Sundance Film Festival to the South by Southwest Film Festival, the eight captivating films in this series have been entertaining audiences across North America. All the films in the series come from the catalogue of Sandbox Films, a production studio that illuminates the art and beauty of scientific inquiry.