Kirsten Fermaglich is a professor in the Department of History in the College of Social Science at Michigan State University. She is an expert on American
Jewish history and has authored the books “American Dreams and Nazi Nightmares” (2006) and “A Rosenberg by Any Other Name” (2018). Fermaglich shares her perspective during Jewish American Heritage Month.

Throughout my secondary and higher education, I was in love with history and took every class I could. But I had no interest in the history of American Jews, my own religious and ethnic group. I had a sense that that history was too parochial, too narrow. I wanted to know more about other groups and other cultures. 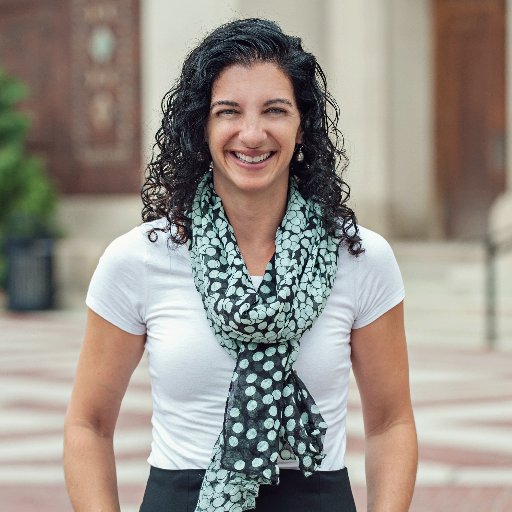 And so, I fell into American Jewish history, the field that has been my academic home for the past 21 years. Jews have a long history in the United States, where they have always been a small minority; only about 5,000 Jews lived in the nation when it was founded, and even today, only about 2% of the American population is Jewish. Throughout this history, Jews from Central and Eastern Europe were included in the body politic as white citizens (like other immigrants from Europe) and mostly able to worship, work and live without harassment. Indeed, by the end of the 19th century, many Jews had experienced success in business and attained a middle-class economic status and a high degree of inclusion in American social and cultural life in many cities throughout the nation.

At the same time, however, Jews also faced substantial exclusion. In the earliest days of the republic, Jews were excluded from being elected representatives in state governments. Later in the 19th century, they faced discriminatory Sunday laws that forced them to work on their religious days of rest as well as peddler regulations that sought to eliminate Jews from territories, cities and states. Constitutional amendments to make the nation a Christian nation threatened Jews throughout the late 19th century. By the mid-20th century, Jews were systemically excluded from jobs, higher education and housing. And the popular antisemitic belief that Jews sought to control the nation through radical politics has led to violence against American Jews, from synagogue bombings in the segregated South in the 1960s to the Tree of Life synagogue mass shooting in Pittsburgh in 2018.

Exploring the history of Jews in the United States has thus allowed me to consider subjects that are far from narrow or parochial. I have explored the intersections between ethnic identity and gender, the significance of boundaries in ethnic identity and history, the construction of race in the United States, and the relationship between antisemitism and other forms of racial, ethnic and religious hatred.

Through the Michael and Elaine Serling Institute for Jewish Studies and Modern Israel, my colleagues and I work together to offer a variety of classes, lectures and events every year on these subjects, including American memories of the Holocaust, antisemitism, American Judaism, American Jewish culture and American Jewish history. The institute has developed training programs for MSU’s resident assistants, students and staff members to learn more about antisemitism. It has partnered with Muslim Studies to put together a Dialogues program on antisemitism and Islamophobia. Perhaps most important, next year the institute will release a guide to understanding antisemitism for the MSU community.

As we have witnessed an upsurge in American antisemitism for the past several years, from Charlottesville to Pittsburgh to Colleysville, Texas, studying American Jewish history feels more important than ever.