Linda Sayed (she/her) is an assistant professor of comparative cultures and politics in James Madison College. She is a core faculty member of the Muslim Studies Program. Sayed earned her doctorate in Middle Eastern, South Asian and African Studies from Columbia University. As an interdisciplinary scholar, her research and teaching focuses on the politics of citizenship as it relates to questions of marginalized communities, refugee rights, health care accessibility and systems of national and international governance that inform global public health concerns in the Middle East and among Arab communities in the United States.

Growing up as an Arab, Muslim, American girl to immigrant parents from Lebanon was not always easy. I entered the public school system in a predominantly white suburb of Detroit. I spoke Arabic at home, so English was not my primary language.

Teachers didn’t know how to deal with me. I was put in ESL classes, held back a grade because teachers assumed I wasn’t ready for formal schooling and, largely, ignored. I finished first grade thinking there was something wrong with me because I struggled to learn how to read.

When we returned to New York, where the schools were more diverse, I found myself among teachers and students who knew how to accommodate immigrants and children of immigrants. Having teachers who believed in me gave me the confidence that I wouldn’t have otherwise had.

However, there still were so many hurdles.

This was due in large part to the perception of Arab and Muslim Americans in the United States; one that deemed them as terrorists, violent, uncivilized, foreigner and “other” and, consequently, not American. Quite frankly, I don’t recall any positive portrayals of Arabs or Muslims on TV or in the news.

The number of Arab Americans in the U.S. is estimated at approximately 3.6 million, with ancestry to at least one of the 22 Arabic-speaking nations located across northern Africa and western Asia, referred to as the Middle East. Arabs are ethnically, politically and religiously diverse but are united by a common cultural and linguistic heritage.

A common misconception is that all Arabs are Middle Eastern, or all Arabs are Muslims. Arab countries only represent one-fifth of the world’s Muslim population, whereas the Middle East consists of nations and communities that are not Arab or Arabic speaking. Approximately 25% of Arab Americans practice Islam, with an estimated 63% to 77% practicing Christianity.

Although individuals who identified as Arab came to the U.S. early, with some documented as early as 1700, the period of 1860 to 1920 saw a significant wave of immigrants from the Syrian area (today’s Syria, Lebanon, Jordan and Palestine) of the Ottoman Empire. During America’s Nationalization era (1790 through 1952), being white was a prerequisite for citizenship, which also guaranteed various rights such as property ownership and voting privileges.

Not all Arabs were guaranteed citizenship

Despite this, Arabs continued to be viewed as nonwhite. U.S. policy since the 1960s has treated Arab people as a distinct racial group, considered a national security threat associated with terrorism.

This notion was further exacerbated after 9/11 when many Arab and Muslim Americans endured state-sponsored forms of surveillance, discrimination, racial harassment and anti-immigrant politics that have them constantly living in fear.

Having the name “Linda” provided a certain level of ease that my brothers have never known, as they have distinct Arab Muslim names.

To be Arab and Muslim 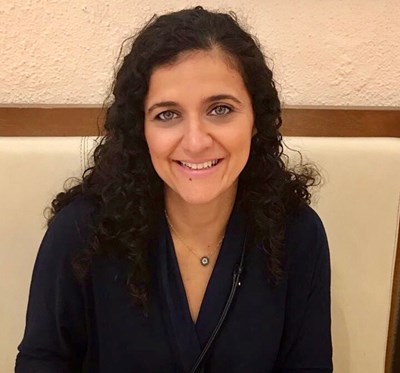 Growing up Arab and Muslim in the U.S. was to live by omission. Rather than tell people I was fasting during Ramadan, I just wouldn’t eat when I was with my peers. I would tell people I was a vegetarian before explaining why I couldn’t eat meat that was not halal. I would observe without disclosing.

One of my brothers witnessed the Twin Towers fall, and what ensued on that day was a trauma in and of itself. But to be Arab and Muslim in a post-9/11 world is to exist under a microscope. Anytime you hear about a terrorist attack or act of violence, there’s this fear and hope that the offender isn’t someone Arab or Muslim.

This is due largely because of the way the media constructs the Arab-Muslim narrative. As a scholar of the Middle East, I push for change by rewriting the story.

It wasn’t until my graduate studies that I had an Arab teacher challenge my understanding of Muslim, Middle Eastern and Arab studies beyond the Western approach I encountered as an undergraduate history major.

To be a first-generation, Arab, Muslim woman is to sort through this feeling of not belonging in a variety of spaces for varying reasons. I readily identify with students who reveal feelings of inadequacy for not having the tools and skills to navigate higher education. I try to help them see their experiences are valid, and they do belong in these spaces. Reshaping and remaking the way we make education accessible, and the sense of belonging, is important to me and my approach to teaching.

One of the classes I teach is MC202: Belonging or Not Belonging: Being Muslim in the U.S. This is a research writing-intensive class for first-year students. We explore the long history of Muslims in America, discuss Islamophobia and how Muslims have different ethnic and linguistic backgrounds. There are opportunities to explore how 9/11 has shaped some of the Arab and Muslim American experiences that are common today as we critically analyze language and images in the media.

Challenging these harmful stereotypes that essentializes and homogenizes the experiences and identities of Arab Americans, and marks them invisible in the American story, is important for needed change to occur.

Michigan holds the second largest Arab American population in the U.S. With such a large Arab community in our backyard, I urge all Spartans to learn more about its rich history and visit places like the Arab American Museum in Dearborn.

MSU’s Muslim Studies Program provides several events and programs that take part in celebrating Arab American Heritage Month. The program also houses the digital archival project “Muslims of the Midwest.” We have a wealth of resources at our fingertips. Let’s use them.