Expanding international pathways to becoming a DO 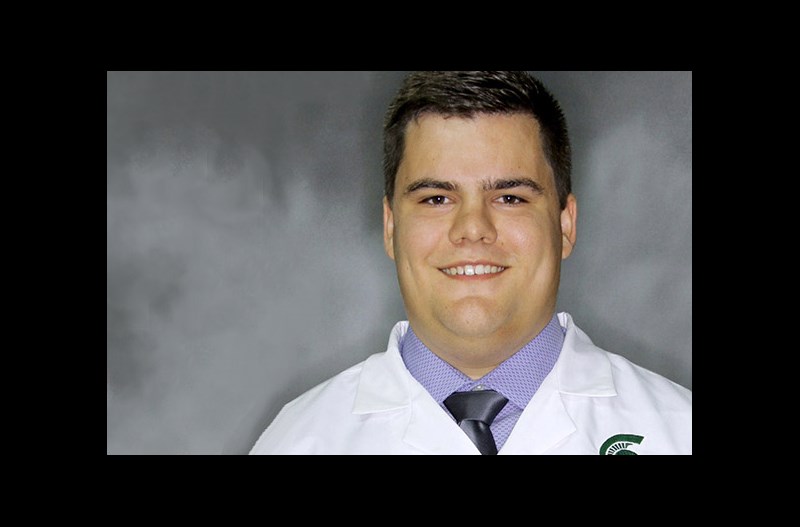 All of the world’s DOs are currently trained in the United States, and Michigan State University College of Osteopathic Medicine is one of few osteopathic medical schools that historically accept Canadian students into its program.

For Canadian students like Philip van Huigenbos, OMS-IV, who deeply resonate with the osteopathic tenets, pursuing a career in medicine proved difficult. Originally from Vancouver, Van Huigenbos was first introduced to the field of osteopathic medicine in undergraduate school and was immediately intrigued by the holistic principles combined with the evidence-based, manipulative medicine approach. Because Canada does not have any colleges of osteopathic medicine, he began researching schools that would sponsor him in the U.S.

Van Huigenbos was pleased to discover that MSUCOM has a Canadian Initiative Program, which reserves seats for Canadian students to study at MSUCOM and offers a scholarship to reduce the international tuition closer to the in-state rate. In 2019, he matriculated into the class of 2023 and in 2020, he discovered the Canadian Osteopathic Medical Student Association.

Founded in 2011, COMSA aims to spread awareness on the practice of osteopathic medicine throughout Canada, as well as support and represent Canadian citizens studying at American osteopathic medical schools. The organization assists Canadian students with the application process, hosts seminars to expand the profession, and advocates for Canadian citizens seeking a DO degree. COMSA also lobbies regulatory bodies for unrestricted licensure and title protections of Canadian DO physicians.

Now serving as co-vice president of COMSA, Van Huigenbos is proud of the ways he and the executive board have reduced barriers for Canadian students to get into American osteopathic medical schools and explore opportunities to practice as a DO after graduation. In the past year, COMSA has focused on formalizing its role to better understand the needs of Canadian students, and has partnered with the Canadian Osteopathic Association to merge student membership with professional membership.