Evolution-in-a-flask experiment moves, but not the science 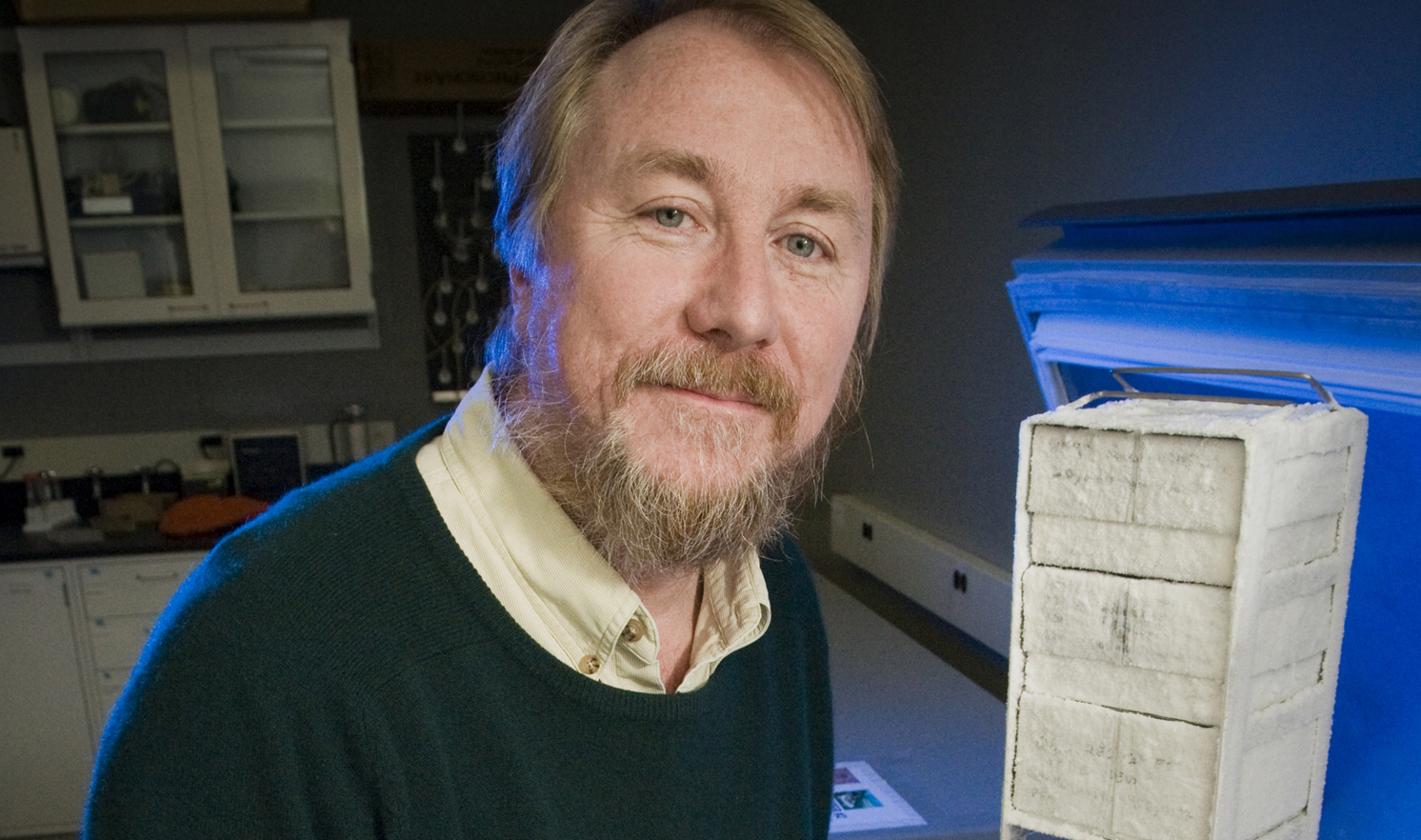 Michigan State University’s renowned Long-Term Evolution Experiment – a remarkable 34-year biological drama in flasks, with bacteria competing for resources and fighting for dominance – is itself evolving.

The bacteria’s main stage – frozen vials containing some 75,000 generations– has been moved from MSU’s Biomedical and Physical Sciences Building to Texas. Richard Lenski, its scientific founder and gamemaster, is passing its care and feeding on to a former Michigan State postdoctoral researcher.

Yet the bookends of news articles in high-profile international science magazines this month signal that MSU’s future with the LTEE is less about glowing obituaries and more about chapters still being written.

Lenski wryly documented the migration of his microbial colleagues on his @RELenski Twitter account: “Bon voyage, #LTEE! Enjoy your new locale, even if your Erlenmeyer flask homes and DM25 diets are exactly the same as you've been evolving in and adapting to for the last 75,000 generations! Now keep on evolving, my friends — bacteria and humans alike!”

The experiment was started in 1988 by Lenski, the John Hannah Distinguished Professor of Microbial Ecology in the MSU College of Natural Science. He began with 12 populations of Escherichia coli (E. coli) bacteria—identical ancestral strains placed into identical environments—to see how similarly or differently they would evolve. For years he and his team fed them and protected their tiny universes from disruptions. In return, the bacteria reproduced quickly, allowing evolutionary-minded scientists to ask questions about evolution that would take many human lifetimes to provide.

For the full story, visit natsci.edu