In soil, death doesn’t stop the spread of antibiotic resistance

Dead bacteria can still make their presence felt in the land of the living. New research led by Michigan State University integrative biologists is showing that this could have big implications for antibiotic resistance on farms. 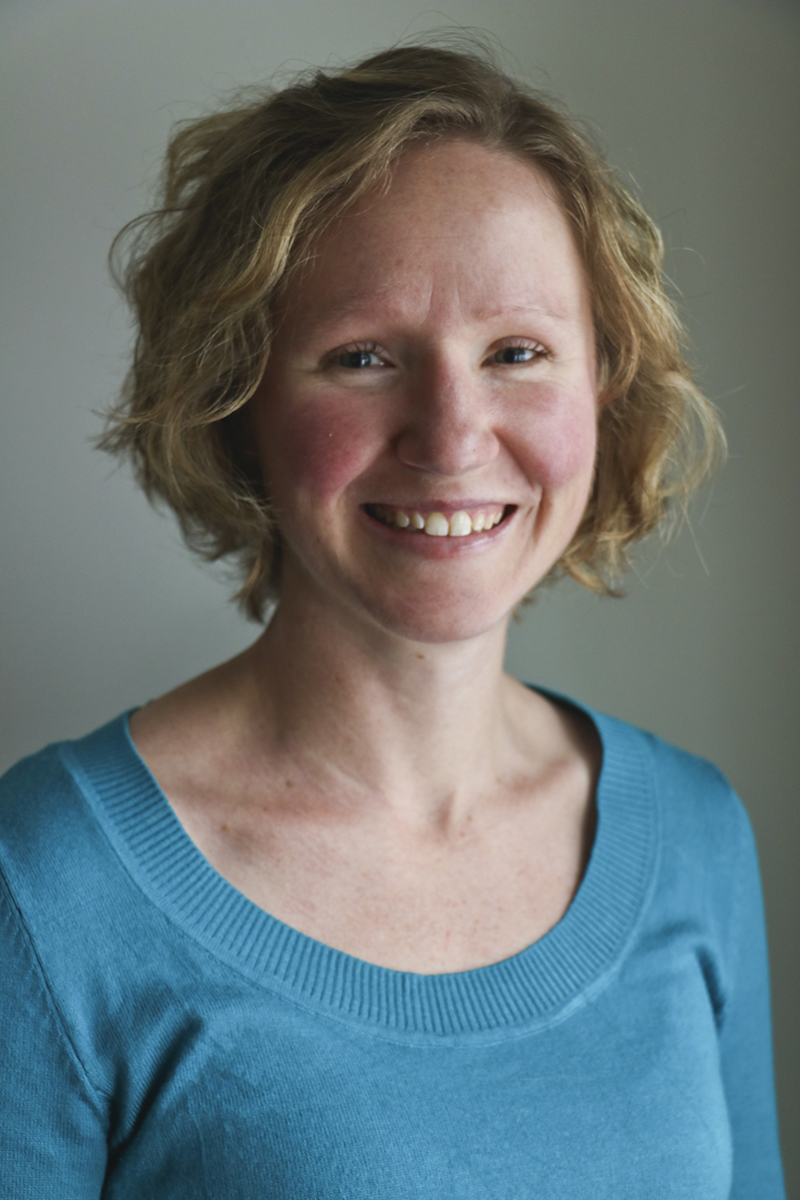 The results were published March 24 in the journal Applied and Environmental Microbiology.

The World Health Organization has called antibiotic resistance one of the biggest threats to food security. Infectious bacteria that can evade antibiotic treatments are huge concerns for the well-being of livestock, the food industry and the public.

“Outside of medicine antibiotic resistance isn’t talked about maybe as urgently as it should be,” said Sarah Evans, an associate professor in the College of Natural Science and the Ecology, Evolution and Behavior Program. “We thought these were processes that needed to be studied more in the field.”

So Evans and her team took a closer look at one of those processes: how DNA from dead bacteria could introduce antibiotic resistance to living bacteria in the soil. In better understanding that process, the team is also looking to find ways to help stop it. 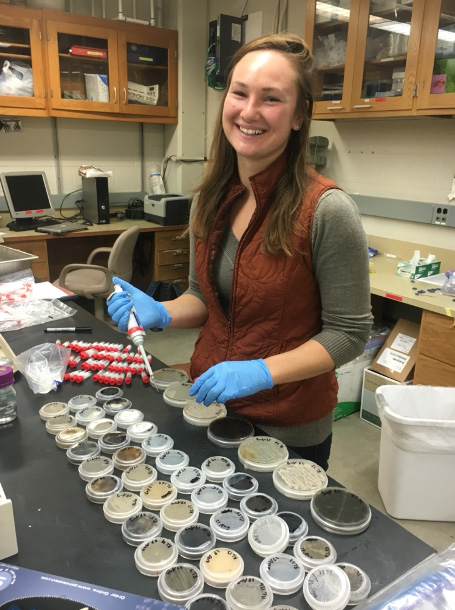 “People think a lot about live bacteria,” said Heather Kittredge, who led the research for Evans’s lab as a doctoral student. “Maybe we should be thinking about the dead ones, too. They have biological activity beyond death.”

The idea might sound like something out of a zombie movie. It is, however, an established and prevalent — albeit less well-known — part of evolution. It’s an example of what’s called horizontal gene transfer, in which genes are more handed off than handed down.

When bacteria die, they burst and leave DNA behind. This lets living bacteria collect those genes and put them to work. For example, if a dead bacterium happened to have genes that contributed to antibiotic resistance, a living microbe could pick those up and gain their powers.

Microbiologists have extensively studied genetics and bacteria in petri dishes to know that this is indeed a way antibiotic resistance spreads. But less is known about how the process plays out in nature, especially in soil, where antibiotic resistant pathogens can develop and eventually wreak havoc on human health.

“Soil is still somewhat of a black box,” said Kittredge, who is now a postdoctoral researcher at the University of Connecticut. “We wanted to know how this happens in the wild, what factors contribute to it and what we can do about it.” 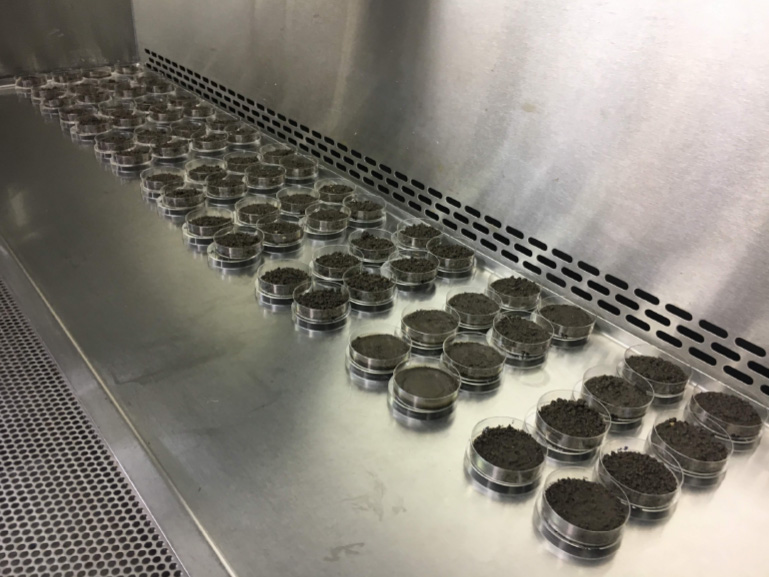 To learn all this, the Spartans collected soil samples from sites around W. K. Kellogg Biological Station, where Evans is also a faculty member. They sterilized the soil and added living cells of the soil bacteria Pseudomonas stutzeri along with DNA from antibiotic resistant forms of P. stutzeri. They could then observe how often the living cells incorporated the DNA under different conditions.

What they found is that live bacteria could integrate the DNA even when it was present at low concentrations and live cells that picked up DNA persisted throughout the 15-day duration of the experiments. But DNA is known to survive in soil longer than that, Kittredge added.

“Overall, this work demonstrates that dead bacteria … are an overlooked path to antibiotic resistance,” the team wrote in its publication.

The researchers also noted that living cells were more likely to integrate DNA from dead cells when they started off closer to it, which wasn’t surprising. Living cells need to touch the DNA in order to collect it.

What was surprising, though, was the role of soil moisture. Although the living cells collected DNA over a range of realistic moisture levels, they were most efficient in slightly drier conditions. But bacteria are more mobile in wet soil, which would presumably increase their likelihood of bumping into DNA.

“They also grow at higher rates in higher moisture,” Kittredge said. “So when they grow the most isn’t the same as when the have the highest rates of gene transfer.” 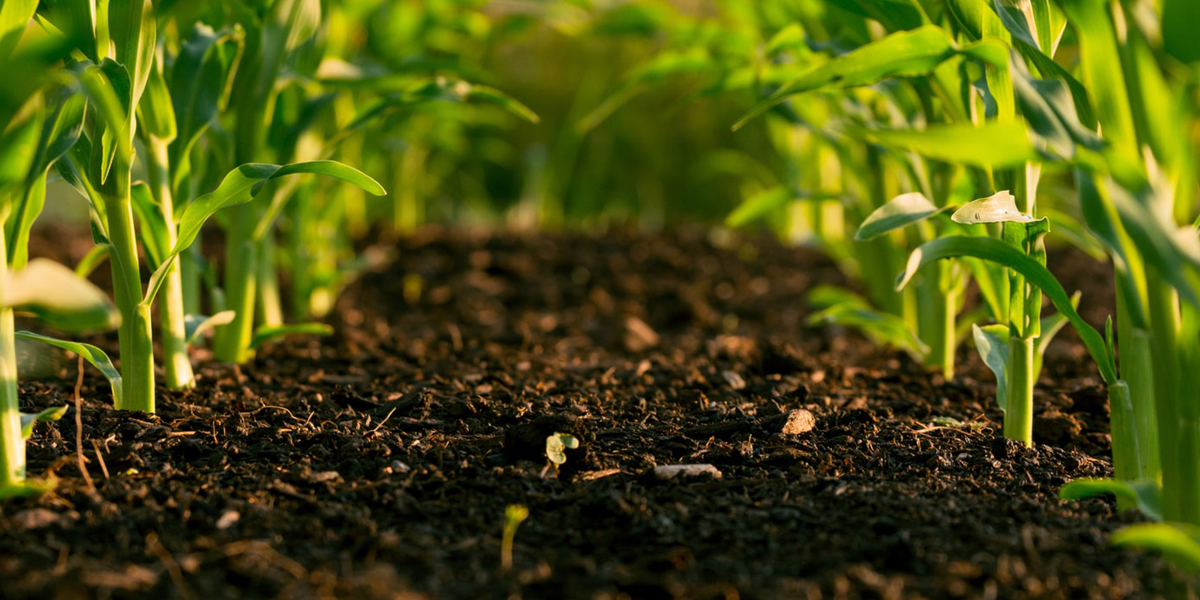 When bacteria die in soil, they leave behind genes that can be picked up and used by living microbes. Credit: Steven Weeks/Unsplash

So why aren’t bacteria that are more mobile and more prolific better at picking up genes? That’s something the team wants to investigate, in part because understanding it could present opportunities to slow gene transfer. In the meantime, though, this research has already offered ideas on stemming horizontal transfer of antibiotic resistant genes on farms.

For example, manure from livestock is used as fertilizer on farmland used to grow food crops. To help in the battle against antibiotic resistance, manure is often heat-treated to kill any bacteria present.

“But the temperature at which bacteria die and at which DNA is destroyed are different,” Kittredge said. “Increasing the temperature treatment to degrade DNA could potentially go a long way.”

This work could also have applications in helping researchers promote the transfer of beneficial genes.