After fully recovering from an ACL injury, adolescents are significantly less physically active than adults, according to research led by Michigan State University scholars.

The research, published in the "Orthopaedic Journal of Sports Medicine," discovered 83% of adults were physically active after being cleared for unrestricted physical activity post-anterior cruciate ligament surgery—but only 9% of adolescents were. 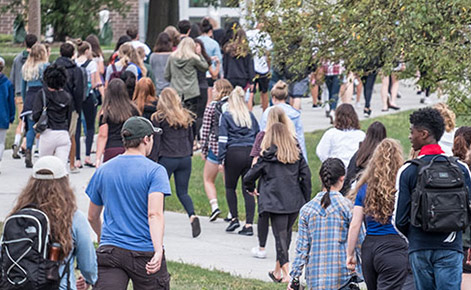 “What was shocking about this study was not that adolescents and adults had different physical activity levels, but the magnitude of difference shocked us,” said Chris Kuenze, associate professor in the Department of Kinesiology and lead author on the study.

According to researchers, this is the first study that investigates the role of participant age in PA after reconstructive surgery. And while the findings merit further study, researchers say they come with some worry about the future: Physical activity patterns developed early in life are predictive of patterns in adulthood. In other words, if adolescents are not physically active now, they are also not likely to be when they reach adulthood.

The data examined individuals ages 13-35 and who had ACL reconstruction surgery 6-12 months prior. All had been cleared by a physician for physical activity before being enrolled in the study. They wore a PA monitoring device on their hip for seven days at all waking hours, except during water-based activities such as swimming or showering.

For the full story, visit education.msu.edu