During a routine medical appointment five years ago, a nurse asked Nicholas Nicoletti “are your partners male, female, or both?” He told her something he hadn’t yet told most of his family members.

“She made me feel safe to tell her I was gay,” he recalled.

A year later, when he met with a male doctor, the atmosphere was much different.

“She told me about your sexual preference,” the doctor said. “That you’re a homosexual.”

“And well, are you? A homosexual?”

The doctor persisted: “Oh…are you sure? Is this a lifelong decision you have made?”

“Ok, and you are sure? If you are, I have to put that in your chart, as it is a medical condition, because you are choosing a higher risk lifestyle.”

Five years later, Nicoletti recalled feeling as if the doctor had treated his sexual preference as a disease. 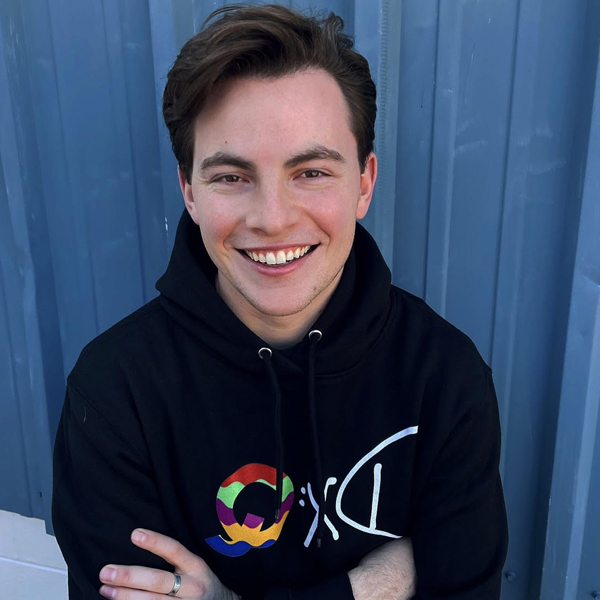 He no longer feels that way. Nicoletti, starting his fourth year as a College of Human Medicine student, recently founded an organization to increase LGBTQ visibility and understanding among patients, health care providers, and medical educators. In February, the Internal Revenue Service granted the organization 501(c)(3) tax-exempt status.

In talking with other members of the LGBTQ community, he found that many had similarly uncomfortable experiences with health care professionals.

Already he has assembled a team of 19 nursing, medical, pharmacy and other health care students and professionals from all over the country to help run Dx:Q “because they identify with it,” he said. “We want to use people’s stories to educate on queer health topics.

“What we’re doing matters, and it matters to millions of people in this country, and it has been largely ignored by health care and by the institutions that educate health care professionals. So much of health care is how you relate to your patients. It’s about treating the person and making them feel heard and safe.”

On the Dx:Q site, dozens of patients, students, and providers of health care tell their stories.

“What story telling does is open minds,” Nicoletti said. “If you put a face and a name to a story, you humanize. There’s a difference when you’re looking into someone’s life, someone’s heart. You’re looking at their humanity.”

For many, telling their stories is an act of courage.

“Being in the queer community, we each have to go through a process where we have to make a decision to be honest to ourselves and the people around us,” Nicoletti said. “Once you do that, your life changes for the better.”

As for himself, “I’m definitely on the other side of it,” he said. “I feel so happy about where I am.”

Learn more about Dx:Q by visiting the site.

This story originally ran on the College of Human Medicine website.