“Ask the expert” articles provide information and insights from MSU scientists, researchers and scholars about national and global issues, complex research and general-interest subjects based on their areas of academic expertise and study. They may feature historical information, background, research findings or offer tips.

Aminda Smith, associate professor in the Department of History in the College of Social Science at Michigan State University, discusses the protests in China and why they began. She elaborates on China’s history with lockdowns since the start of the COVID-19 pandemic.

What events led to the current protests in China?

There have been widespread public protests in many Chinese cities. The most immediate cause of the unrest is the Chinese government’s “dynamic zero-COVID” policy. Since COVID-19 first emerged in Wuhan in 2019, authorities in China had to chart their own path to control the spread of infection before other countries had even detected their first cases. They successfully used lockdowns in those early days to keep cases and deaths relatively low.

When vaccines became available, other countries began to ease lockdowns and COVID precautions more broadly. China, however, continued to impose strict measures, including lockdowns, mass testing, closing borders and vast electronic tracking of residents, all to keep the virus at near-zero levels. Many people increasingly took to social media to express their feelings of isolation and frustration, as well as their dissatisfaction with the government.

Allegedly under instruction from President Xi Jinping, the country’s COVID policy committee recommitted to the dynamic zero-COVID policy. Rumors began to circulate about an upcoming lockdown in Beijing, and social media brimmed with anger and dread. Shortly after, a fire broke out in the city of Urumqi, which had been under a zero-COVID lockdown for months. Reports began to circulate that lockdown barricades had prevented people from escaping. Reportedly, 10 people died in that inferno, but others say that many more deaths occurred.

As a result, anger boiled over and protests began in Shanghai and other cities. There are placards mourning the Urumqi victims and demanding the end of zero-COVID. 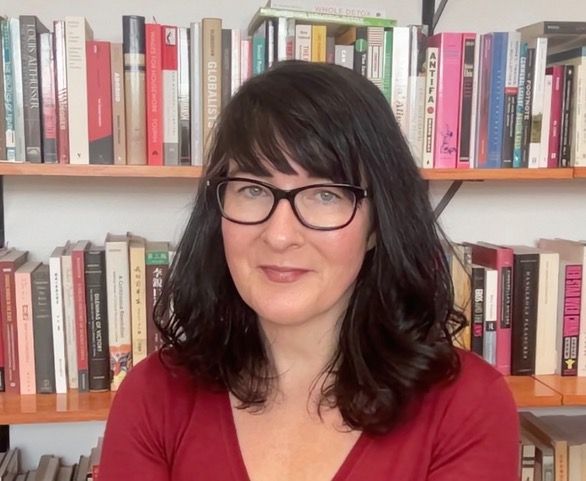 Has anything like this happened before? What did we learn?

Many people are asking how this compares to the massive, nationwide protests in 1989, where thousands of students launched demonstrations, including hunger strikes, in Beijing’s Tiananmen Square. On one hand, there are certainly similarities. As was the case then, today’s protests include a widespread demand for mass political participation. At this stage, however, there is a significant difference between 1989 and today.

The earlier movement began from within university campuses and eventually developed into a movement in which urban residents came out in force to express their solidarity with the students. As of November 2022, the unrest is less coordinated, and the demands are more disparate; there is no center. While there are claims of solidarity, many Chinese activists have criticized the protests as the actions of a minority of privileged urbanites demanding the return of privileges they once took for granted.

What does this mean for China’s future and the future of the recently re-elected president?

The most visible parts of this current wave of unrest might be relatively easy for the state to control. Police have been attacking protestors. Beijing’s prestigious Tsinghua University moved classes onlineand shuttle buses began transporting students home to lessen protests on campus.

Lockdown measures were relaxed in the city of Guangzhou, presumably in response to the protests, and rumors abound that similar relief may come to other cities.

While this current unrest comes on the heels of a pandemic that led people around the globe to be dissatisfied with the economic and political inequalities of our current global system, I think it’s unlikely that the Communist Party will be ousted from power in the coming days.