Spartans joined an interdisciplinary and international team of scientists to show that these microbial communities eat the carbon, sulfur and iron compounds generated by geological processes beneath Costa Rica. The team published its results in the journal Nature Geosciences on April 22.

“There is a diverse and thriving microbial ecosystem beneath our feet that impacts the Earth in many important ways,” said Matthew Schrenk, an associate professor in MSU’s College of Natural Science. Schrenk works in the Department of Earth and Environmental Sciences and the Department of Microbiology and Molecular Genetics.

“A huge amount of the Earth’s biodiversity is beneath our feet, and they’re critical to the functioning of the planet. Most people don’t realize that,” he said. MSU researchers and their colleagues studied the microbial communities by sampling hot springs in Costa Rica — like the one shown here — that are connected to deep Earth environments. Credit: Tom Owens

The research team — led by Karen Lloyd, an associate professor at the University of Tennessee, and Donato Giovannelli, a professor at the University of Naples Federico II in Italy — found that this microbial ecosystem sequesters a huge amount of carbon dioxide. In fact, the team estimated that up to 170 metric tons of carbon could be gobbled up by the ecosystem every year.

“This work shows that carbon may be siphoned off to feed a large ecosystem,” said Peter Barry, assistant scientist at the Woods Hole Oceanographic Institution and co-author of the study. “This means that biology might affect carbon fluxes in and out of the Earth’s mantle, which forces scientists to change how they think about the deep carbon cycle over geologic time scales.”

When there’s a collision between the Earth’s tectonic plates — specifically an oceanic plate and a continental plate — one plate gets pushed down, or subducted, into the mantle carrying with it materials that accumulated at the seafloor. The other plate becomes studded with volcanoes, which serves as conduits for gases escaping to the atmosphere. This is the main process by which chemical elements are moved between Earth’s surface and its interior, eventually recycling these materials over millions of years back to the surface. 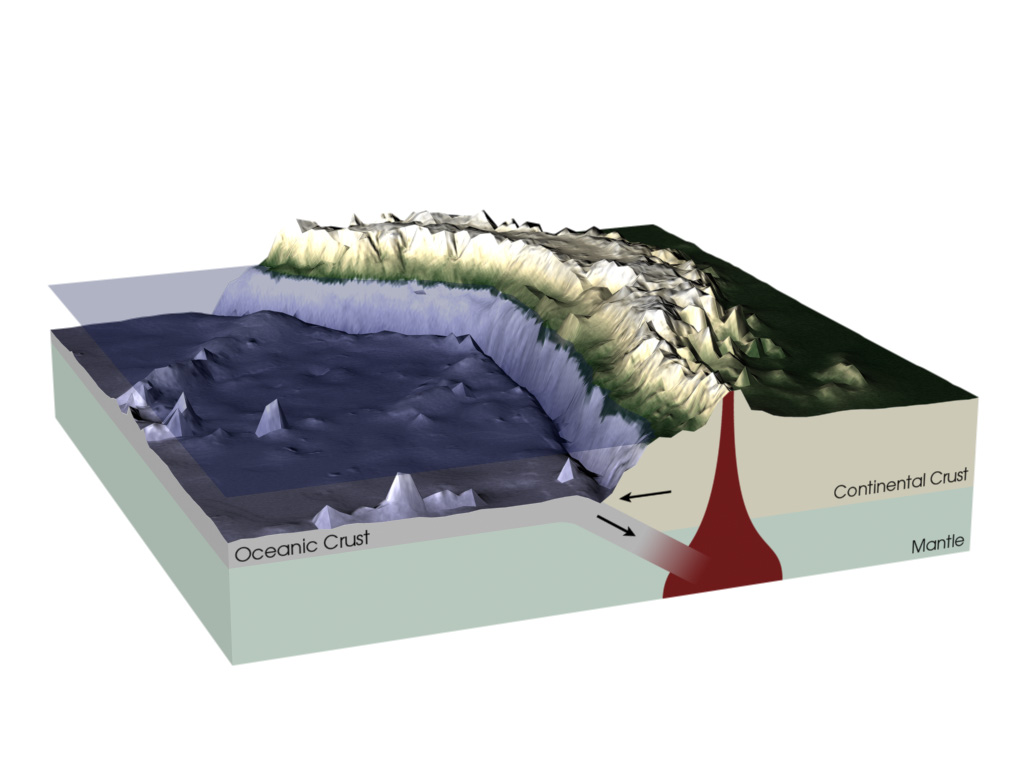 “Subduction zones are fascinating environments,” said Maarten de Moor, associate professor at the National University of Costa Rica and co-author on the study. “They produce volcanic mountains and serve as portals for carbon moving between the interior and exterior of Earth.”

In the new study, the team found microbes that live deep underground across the entirety of the subduction zone under Costa Rica act as gatekeepers, limiting the quantities of the chemicals, including important greenhouse gases, that make it into the atmosphere.

“These microbes use chemicals from the subduction zone to form the base of an ecosystem that is large and filled with diverse primary and secondary producers,” said the University of Tennessee’s Lloyd, a co-corresponding author of the paper. “It’s like a vast forest, but underground.” This suggests that the known qualitative relationship between geology and biology may have significant quantitative implications for our understanding of how the distribution of carbon and other elements on Earth have changed throughout its history, potentially impacting global climate.

“We already know of many ways in which biology has influenced the habitability of our planet, leading to the rise in atmospheric oxygen, for example,” said Giovannelli of the University of Naples Federico II and co-corresponding author. “Now, our ongoing work is revealing another exciting way in which life and our planet coevolved.”