A Spartan-led research team has shown that restoration efforts can brighten an ecosystem’s future, but cannot erase its past

An expansive project led by Michigan State University’s Lars Brudvig is examining the benefits, and limits, of environmental restoration on developed land after humans are done with it.

Experts estimate there are up to 17 million square miles of land worldwide that have been altered by humans — through cultivation say — and then abandoned. That's more than four times the size of the continental United States.

Once humans change a landscape, their impacts linger long after they’ve moved on. However, humans can heal some of that damage by working to restore the land to its natural state.

But questions remain about how far restoration can go in overcoming a land’s past, how much it can move the needle back toward normal. Brudvig and his collaborators now have some answers that they’ve published April 19 online in the Proceedings of the National Academy of Sciences. 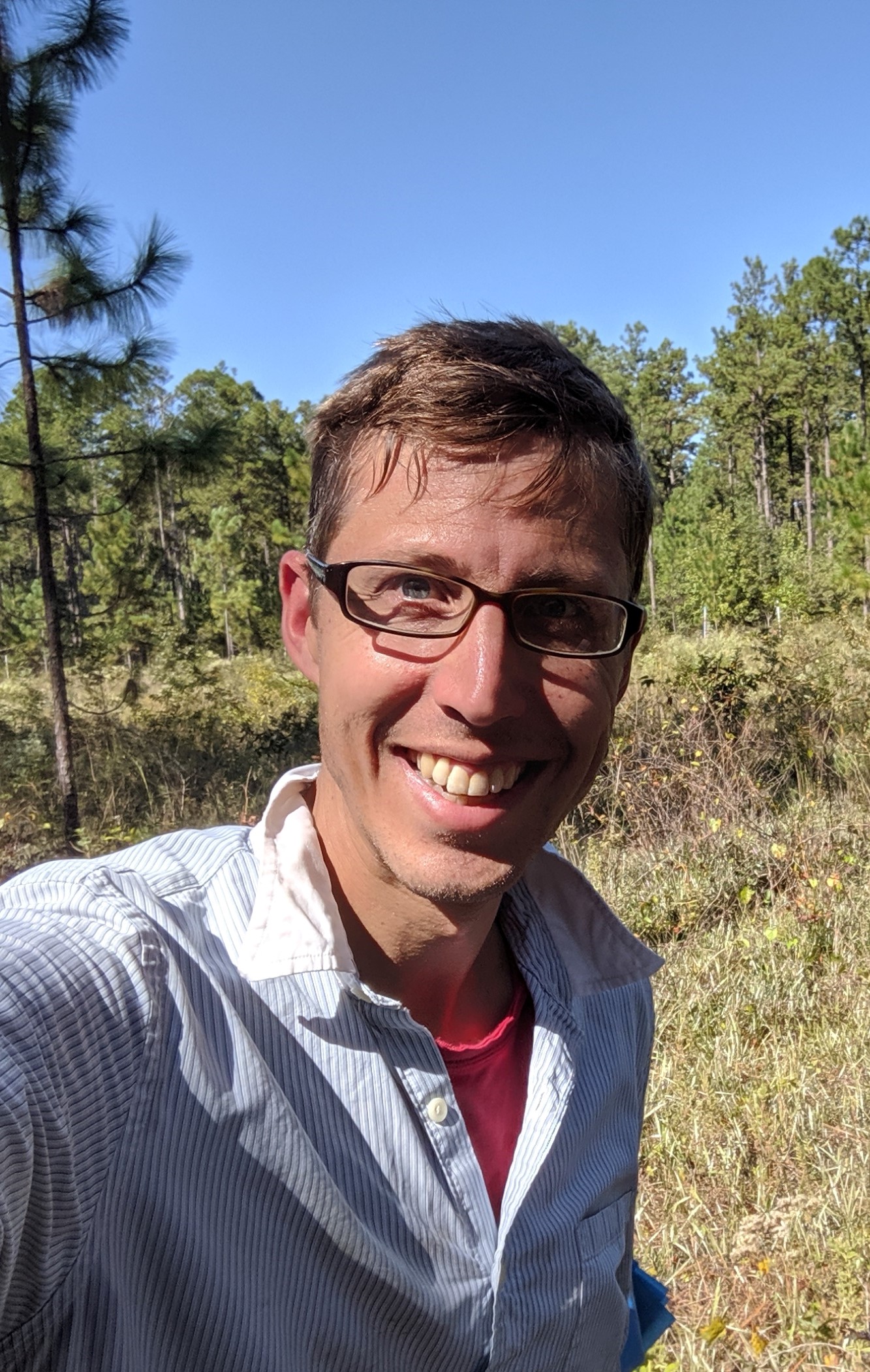 “Restoration benefited sites regardless of their land-use history. The benefits are clear,” said Brudvig, an associate professor of plant biology in MSU’s College of Natural Science.

For this project, researchers compared land that had been used for farming with land without a history of agriculture. By working to restore habitats on both types of plots, the team could paint a clearer picture of how a habitat’s history affects restoration efforts.

The researchers found that the effects of restoration outweighed the detriments from a plot’s previous land use two-to-one. Despite the benefits, however, restoration could not erase all of farming’s lasting effects.

“Agricultural sites were different to begin with and they remained different after restoration,” Brudvig said. “It does beg the question of what else we should be doing.”

Though this project does not answer that question, it does offer many insights that can help ecologists decide where and how to target their restoration efforts.

In the study, the team observed dozens of different ecological properties across more than 300 acres for several years following a restoration treatment developed for longleaf pines savannas in the Southeast U.S.

“The longleaf pine is the tree of the South. It’s this charismatic, beautiful, really, really cool species of tree,” Brudvig said. “There’s also incredible biodiversity in this region. There’s on the order of 900 different species of plants that are found here and nowhere else.” 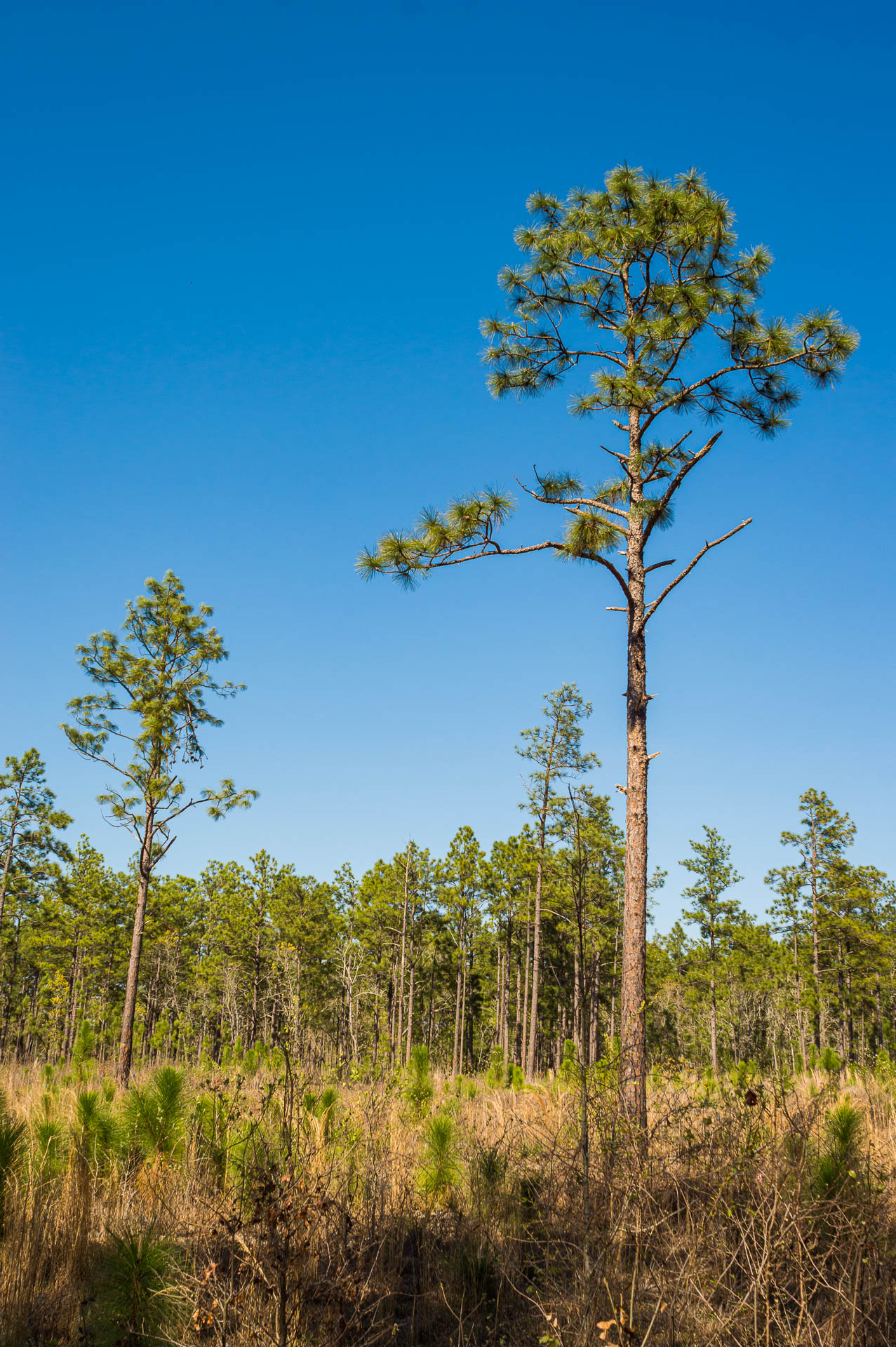 A restored savanna with only a few longleaf pine trees supports much greater biodiversity than the unrestored woodland in the background that is packed tightly with trees. Credit: Nash Turley

This work required a large experimental site with a well-known land-use history. Fortunately, Brudvig was part of a multiuniversity collaboration that had been working at such a site for years: the Savannah River Site in South Carolina.

“I don’t know of another place on Earth where we could have set up this research project and pulled this off,” Brudvig said.

The site’s history is well documented, but also complicated and painful, Brudvig said. The site has a long history of agriculture, with farmers replacing open, grassy savannas with fields to grow corn, cotton and other crops. But as the Cold War waged in the mid-20th century, the U.S. government commandeered the land and shut down those farms.

In the time since, people have turned the farmland into tree plantations, densely packed with longleaf and other pines. The few remaining natural savannas also transitioned into thick forest because people began suppressing fires in the region, too.

Longleaf pines, which thrive in the savanna setting, have evolved to be resilient to fires caused by lightning strikes, for example. Suppressing fires allowed tree species that are better acclimated for more crowded forest conditions to fill in the open spaces.

Counterintuitively, then, restoring the savanna meant removing trees in areas with and without histories of agriculture. 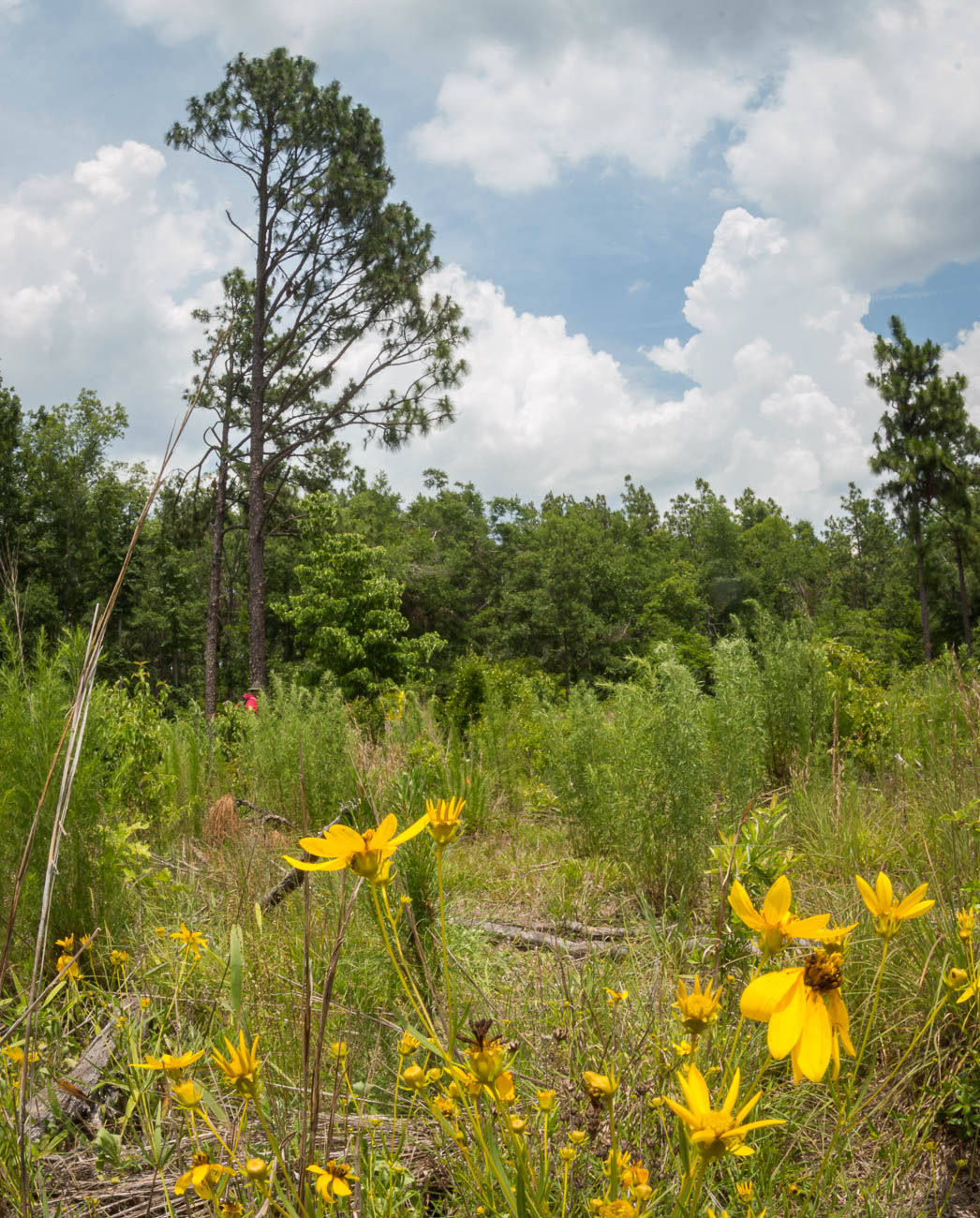 “I get that question a lot: If you’re trying to restore an ecosystem, shouldn’t you be planting trees?” Brudvig said. “But by removing trees, you keep dense canopies from growing, giving opportunities to other plants on the ground. There’s a whole suite of plants and animals adapted to the conditions of savannas.”

And thinning trees also created valuable lumber, so the U.S. Forest Service was able to take bids from contractors to carefully thin the trees, meaning this restoration effort was also a revenue generating one.

To compare the effects of restoration and past land use, the team used vetted statistical tools to put different factors on the same mathematical footing. For example, they could assign comparable values to soil quality, plant diversity and how different species were interacting with each other, such as how effective bees were at pollinating plants.

The researchers could then analyze how each category was affected by land use and restoration in a quantitative way. 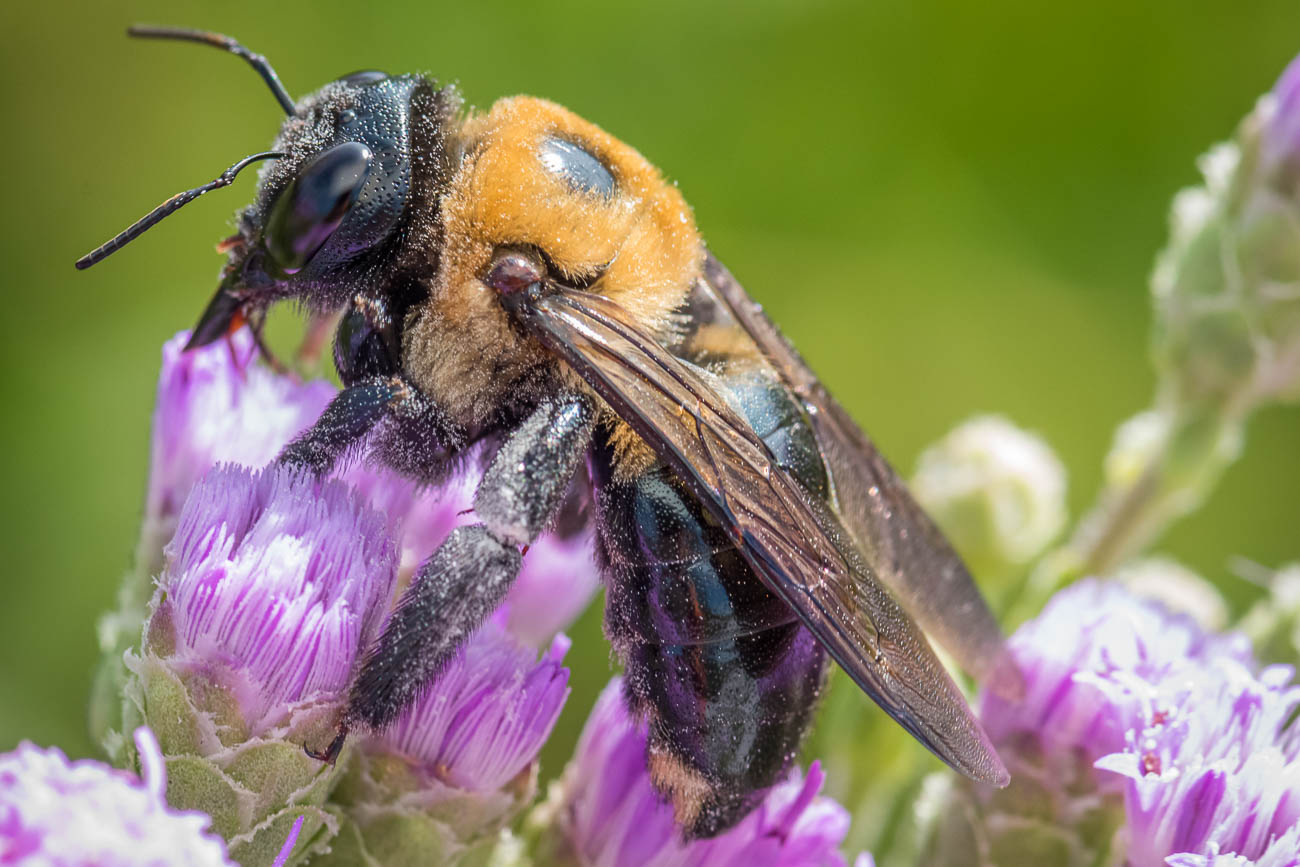 Interactions between pollinators and plants were one of the dozens of ecological properties researchers monitored in this study. Credit: Nash Turley

“Past studies have looked at more narrow sets of characteristics — such as plant properties or animal diversity,” Brudvig said. “And we kind of did that, too, but collectively as a group, we have 45 different ways we’ve queried the ecosystem.”

Researchers on this project came from seven different universities, including the University of Wisconsin-Madison.

“For me, the most important takeaway from this project is that the past matters for present-day restoration,” said John Orrock, a collaborator on the project and a professor of integrative biology at UW-Madison. “The success of current restoration is haunted by the ghost of land-use past.”

Knowing this helps ecologists make the most effective use of limited resources, he said, adding that teamwork was critical to performing a study of this magnitude.

“Conducting experiments at landscape scales is incredibly challenging,” said Ellen Damschen, a co-investigator on the project from UW-Madison, where she is a professor of integrative biology. “We have had the great fortune of partnering with the U.S. Forest Service and Department of Energy at Savannah River Site to test key restoration questions at scales relevant to management.”

“What makes this work possible is that partnership and the trust built over decades of collaborating together, as well as welcoming new members,” Damschen said. “It is wonderful when students and collaborators can ask new and different questions that can shed light on how the system works.” 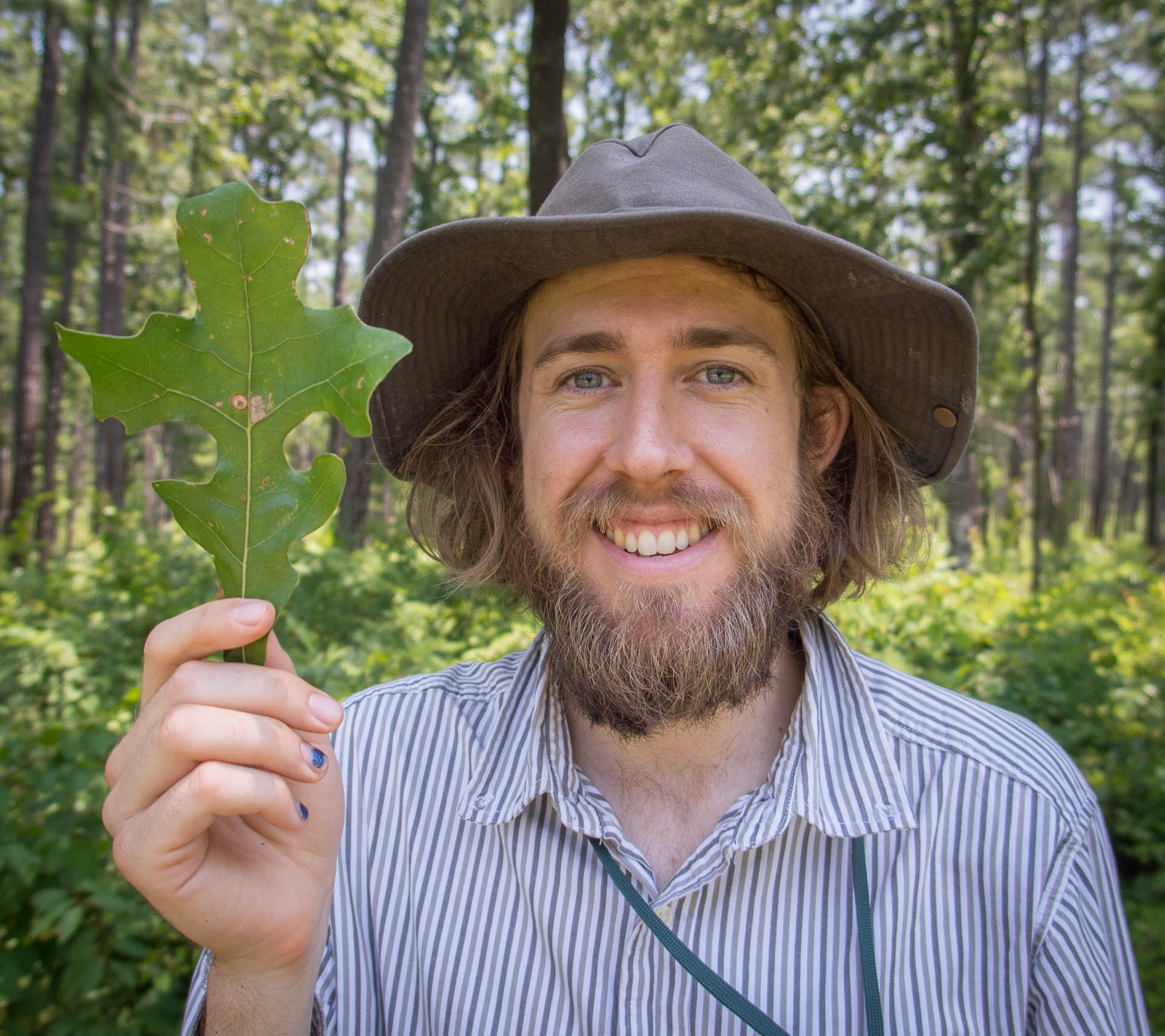 Nash Turley, who was a postdoctoral fellow at MSU for this study

One of those contributors was Nash Turley, who’s now a postdoctoral researcher at Pennsylvania State University. But, back in 2014, he was joining MSU as a postdoc and helping create the project before setting foot on campus.

“I turned in my Ph.D. thesis at the University of Toronto and started driving down to work in the field with Lars the next day,” he said. “On the way, I wrote in my notepad that we should look at all these factors associated with land-use legacy.”

Because Brudvig, Orrock, Damschen and their colleagues had been working at the Savannah River Site for years, they had an abundance of data already available.

“But we needed more,” Turley said.

The team’s study area consisted of 126 plots, each larger than a football field. Researchers measured each of the 45 ecological variables— say, the number of plant species — across the study area.

“It’s easy to say we measured 45 variables, but it was just an immense, immense effort,” Turley said. “It takes one crew of people an entire summer, making measurements all day long to monitor one of those properties.”

But the payoff was worth it. Although restoration didn’t undo land-use legacies, its benefits were clear no matter a plot’s history. And the restoration itself was relatively simple. The team was able to return land to a more natural state by merely thinning trees.

Granted, this particular restoration won’t work for every ecosystem. But understanding an ecosystem’s history and performing similar studies in the future will help identify ways to improve those 17 million square miles of abandoned land, Turley said. Especially in the 2020s, which the United Nations has declared the Decade on Ecosystem Restoration.

“There’s a great opportunity to do a lot of restoration and do a lot of good,” Turley said. “But because our human interactions have done so much and last so long, we’ll have to put in even more effort to undo those.”

And those opportunities don’t just live in the South or in other places around the globe. Motivated Spartans can find them in their own backyard.

“In Michigan and the Midwest, there’s a ton of abandoned land, mostly left to do its own thing,” Turley said. “If we had the motivation to do better with it, we could. It just takes the will.”