Training for the frontiers of physics

Michigan State University is creating a new program to help Spartan students push the frontiers of physics and power the economy with nearly $2 million in grant funding from the U.S. Department of Energy Office of Science, or DOE-SC. 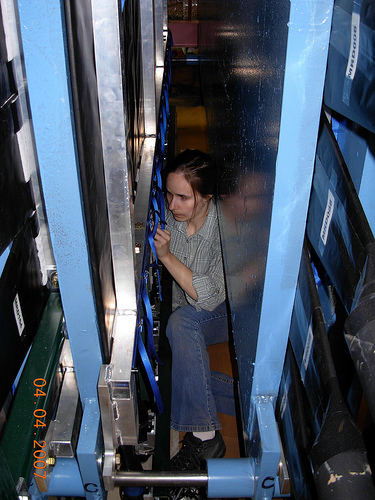 As a graduate student, Kendall Mahn got extensive hands-on experience working with detectors in particle physics experiments. Now, as an associate professor of physics and astronomy at MSU, she’s working to make such experiences more common for students, with added support, education and training, as part of the new TRAIN-MI program. Credit: Courtesy of Kendall Mahn

The High Energy Physics Instrumentation Traineeship in Michigan, dubbed TRAIN-MI, will provide graduate students with a distinctive educational program focused on building high-tech tools to study high energy physics. These instruments will help scientists better understand what the universe is made of, for example, by probing abundant but mysterious particles such as neutrinos and dark matter, said Kendall Mahn, the program’s leader.

“There’s another piece of this, too, in that this is a hidden engine of our economic strength,” said Mahn, an associate professor in the College of Natural Science's Department of Physics and Astronomy.

Answering the universe’s big questions takes time, but the tools researchers develop to answer those questions can often make a more immediate impact. Advances made for these technologies can also help improve devices people use every day in their phones, computers and medical devices.

Beyond that, training students how to build these instruments provides them with skills needed to fill jobs at the companies, universities and national labs that make the United States a leader in science and innovation. 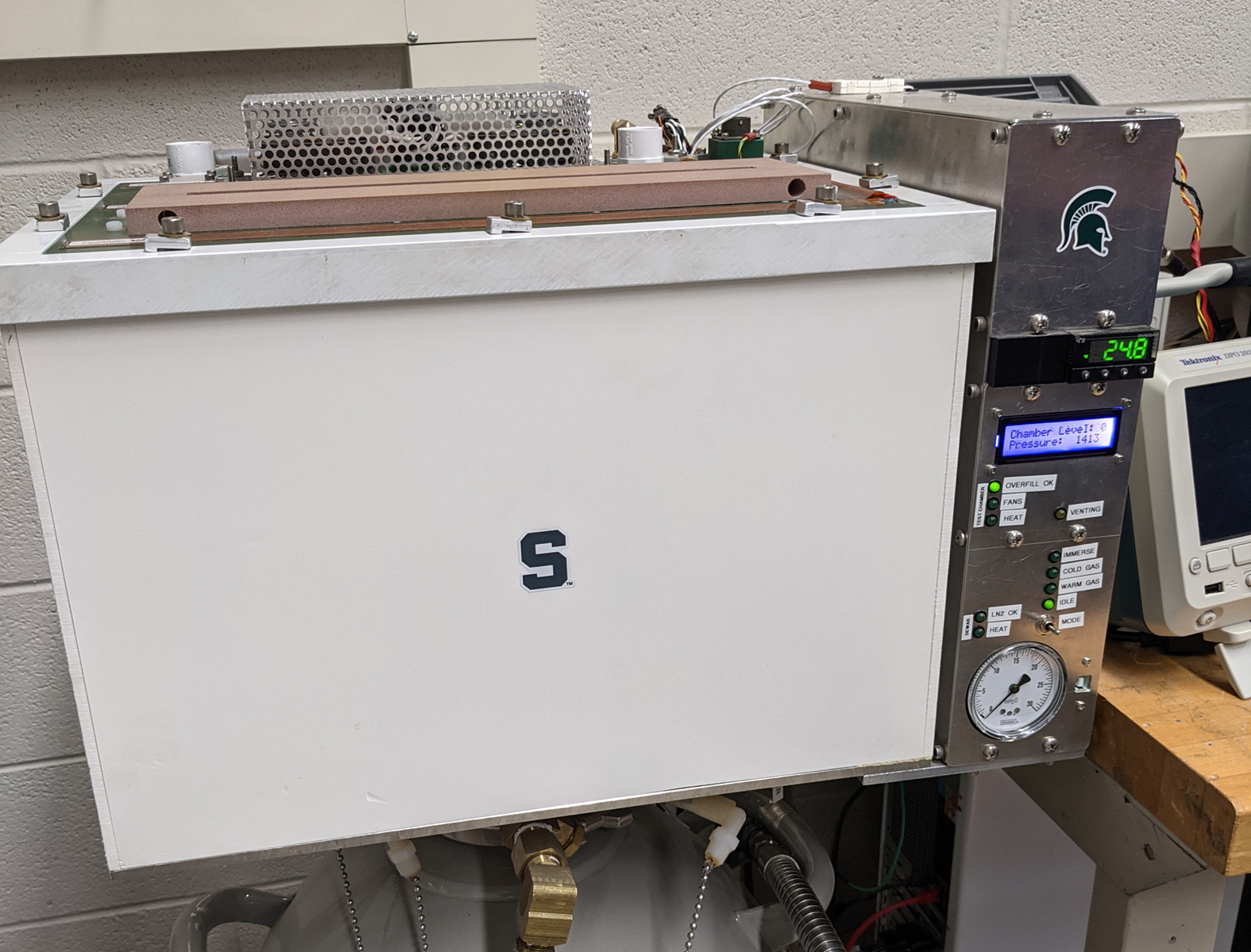 A photo of what’s called a “cold test stand” developed at MSU to test electronics for the Deep Underground Neutrino Experiment, or DUNE, at cold temperatures. Credit: Courtesy of Kendall Mahn

“I see our responsibility as trying to give students as wide a buffet of skills as possible and helping them plug into those different communities,” Mahn said. “We’re going to be training a generation of students who are prepared to help.”

“MSU is a really unique place for a unique opportunity like this,” she said. “We have a strong, warm and welcoming environment for this kind of work.”

It also turns out that the instruments used in high energy particle physics can also be of service in nuclear physics, which is another one of MSU’s scientific strengths. After all, the university is home to FRIB, which is a one-of-a-kind particle accelerator, and the nation’s top-ranked nuclear physics graduate program. FRIB’s Brown is facilitating a prominent role for nuclear physics students in the TRAIN-MI program. 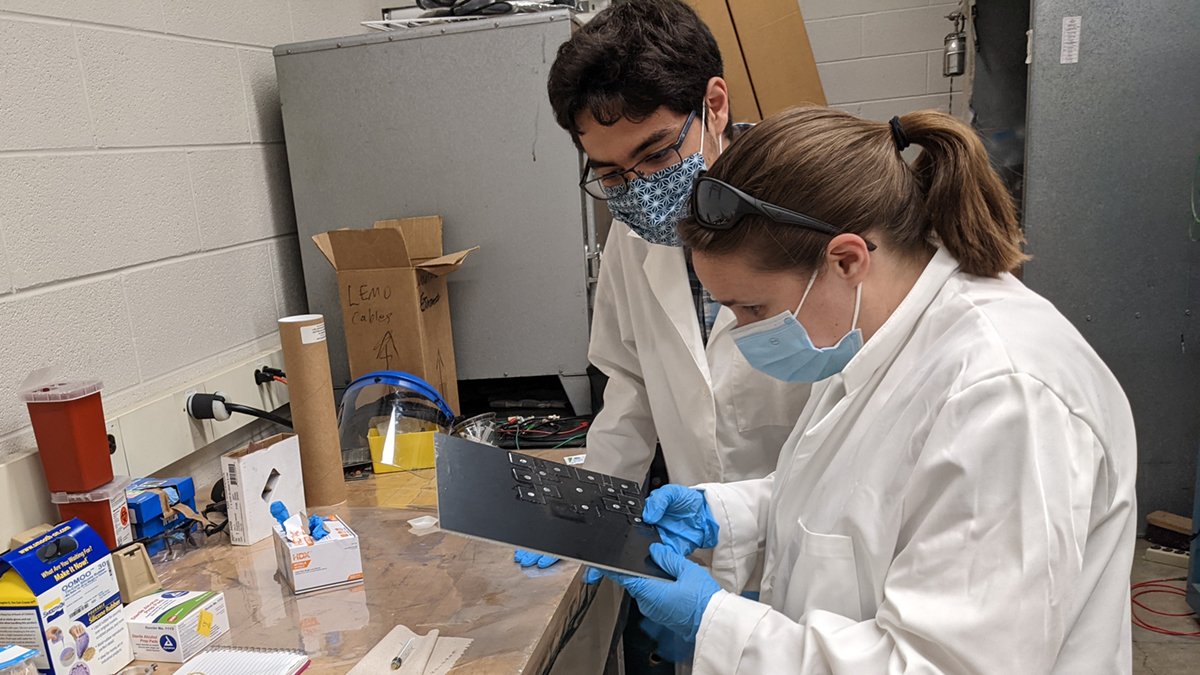 Kendall Mahn, MSU associate professor of physics and astronomy, works on a project at a workbench with Elias Taira, a Charles Drew Science Scholar. Credit: Courtesy of Kendall Mahn

“There’s a really good connection with the nuclear science program, which gives us a very collaborative atmosphere,” Mahn said.

“I want graduate students to know about this program and come on down,” Mahn said. “It’s an opportunity to gain a lot of useful and exciting skills.” 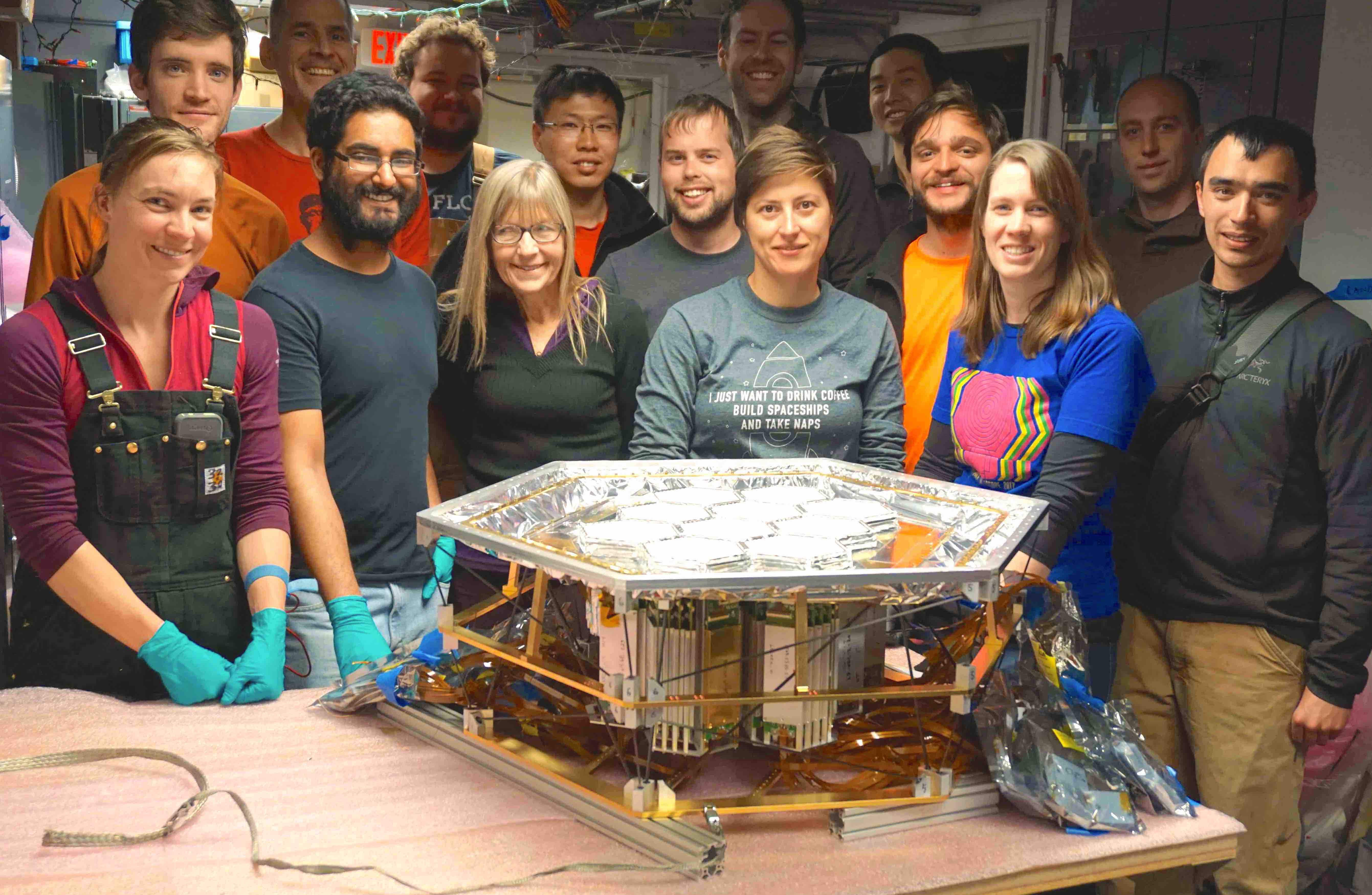 With the TRAIN-MI program, Spartan students will gain hands on experience developing real instruments, like the component of the South Pole Telescope, resting on the table in this photo from 2017, that Nathan Whitehorn (second from right) helped build and design before joining MSU. Michigan State is now part of the international team developing next-generation tools to study radiation emanating from the Big Bang. Credit: Courtesy Nathan Whitehorn

The idea for this program comes from Mahn’s own experiences as a graduate student in particle physics. While earning her Ph.D. at Columbia University, she had a rare opportunity to help assemble two detectors, including building one from scratch. Projects in particle physics are large and time-consuming, so once they’re up and running, students may not get much hands-on experience with high energy instrumentation.

“There are huge experiments happening in particle physics now, but many students won’t get to know how detectors work in an intimate way or learn how to build them,” Mahn said.

She saw a way to help students broaden their expertise with a graduate certification program. Building on a framework provided by the MSU Accelerator Science and Engineering Traineeship model developed at FRIB and with generous support from DOE-SC, TRAIN-MI is now a reality.

“We’ll give students support, training and a chance to build new instruments with other like-minded people,” Mahn said. “It’s really fun to build something that works and tells you something new about the world. Especially right now, after months of isolation and screen time, it’s very satisfying to build something with other people.”