Morgen Clark is a third-year doctoral student in the Reguera Lab, studying microbiology and environmental toxicology in the Microbiology and Molecular Genetics Program and the EITS Doctoral Program. 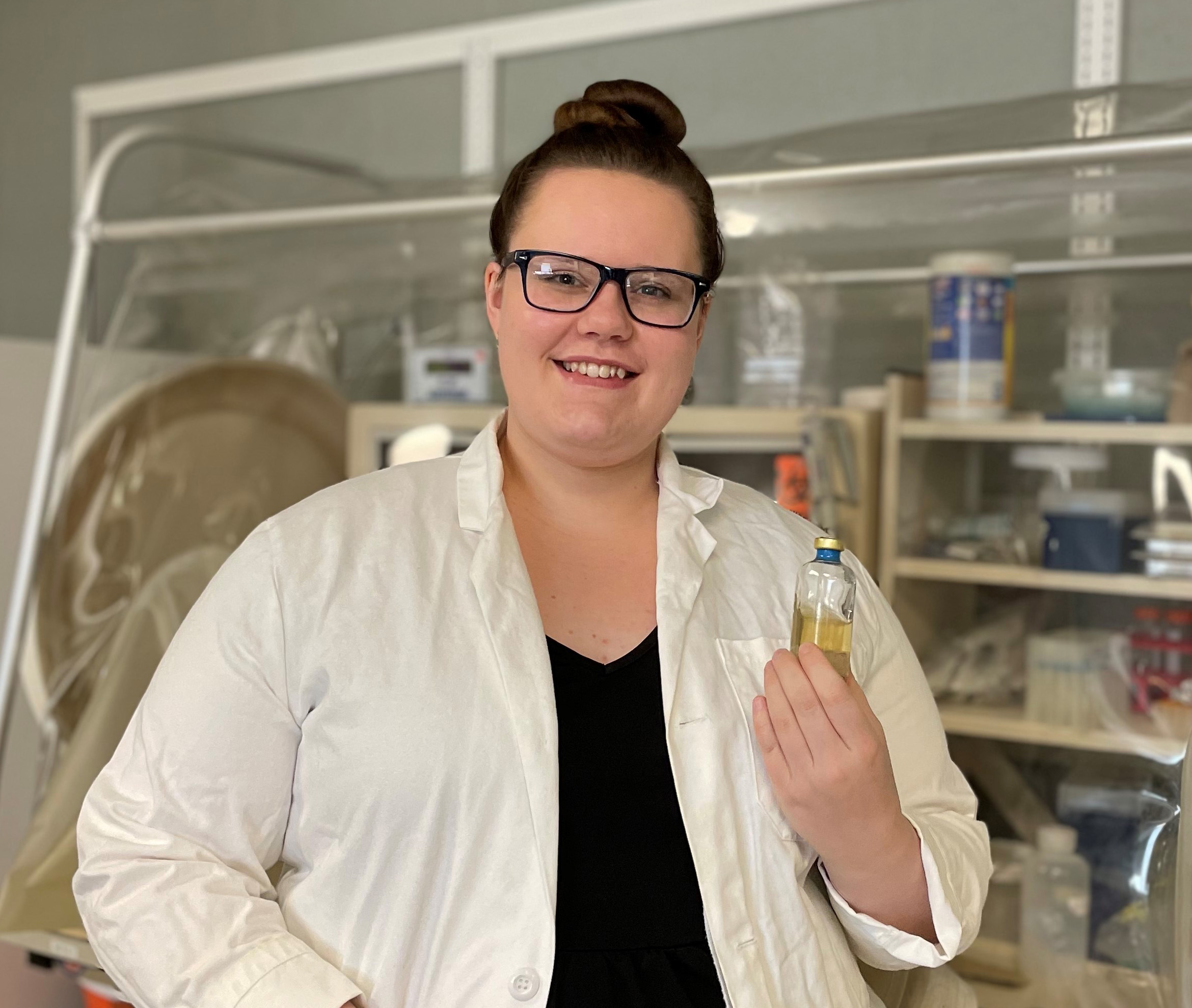 When I scheduled a rotation in the Reguera Lab, I knew that it would come with a steep learning curve. While the lab works in my much-beloved field of microbiology, its focus on the genus Geobacter — a group of anaerobic, environmental bacteria — would be a departure from my previous pathogenic and mainly aerobic work. The learning curve only became steeper when the pandemic hit and shut down the university less than two weeks after my previous eight-week rotation ended and I had officially joined the Reguera Lab.

Although the shutdown stifled my ability to work in the lab, it presented an opportunity many new graduate students do not have: Time to dive into the literature surrounding my new research topic without any distractions. And because of that, I was able to write a review with Dr. Reguera encompassing topics critical to my research. Concepts such as extracellular electron transfer (a mechanism used by Geobacter and certain other electroactive bacteria to complete their metabolism) soon became intimately familiar, and this foundation of knowledge has been extremely important as I design experiments and analyze data during my research.

Returning to the lab was a relief, but also quite daunting. My project depended upon equipment not used by any current lab members and, even when I used techniques common in the lab, there often was no one else present as we observed proper COVID distancing rules. With that being said, careful planning was essential and accepting inevitable mistakes was equally important.

For instance, the little things like learning my way around the lab became a solo venture. It turns out there were a lot of drawers and cupboards to search each time I needed to locate a piece of equipment I had not used previously.

Eventually, though, I hit my stride and achieved progress with my research. A little over a year after joining the Reguera Lab, my first, first-author research article has been accepted for publication.

Despite the struggles I faced joining a lab in the midst of a pandemic, I learned many invaluable lessons from the circumstances and became a better scientist for it. I guess there really is a silver lining in every situation.