Graduate student Jenna Walters shares her passion for entomology and insect photography, and her research on the impacts of extreme heat on blueberry pollination. 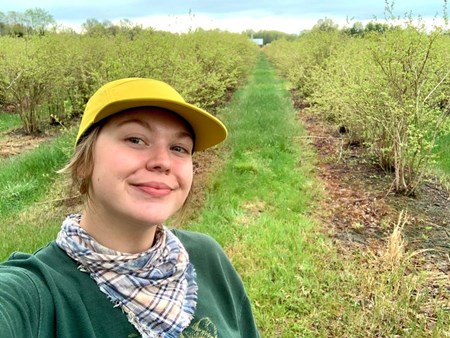 Jenna Walters earned her bachelor’s degree in environmental biology/zoology with a minor in entomology at MSU. She is a graduate student in the Department of Entomology. The following student view is edited and repurposed from the College of Agriculture and Natural Resources.

Insects are incredible! They have been stewards of the land long before humans, with fossil evidence suggesting insects living on Earth around 479 million years ago. Insects also have the largest biomass of terrestrial animals, with an estimated 10 quintillion individual insects alive at any time, which means there are 200 million insects for every one human. Insects have shaped the way people live, the foods we eat and the landscapes we live in. The history and influence of insects is incredibly important to understand, yet still so many unknowns remain. It’s exciting to be a part of a field that has so many mysteries to uncover. 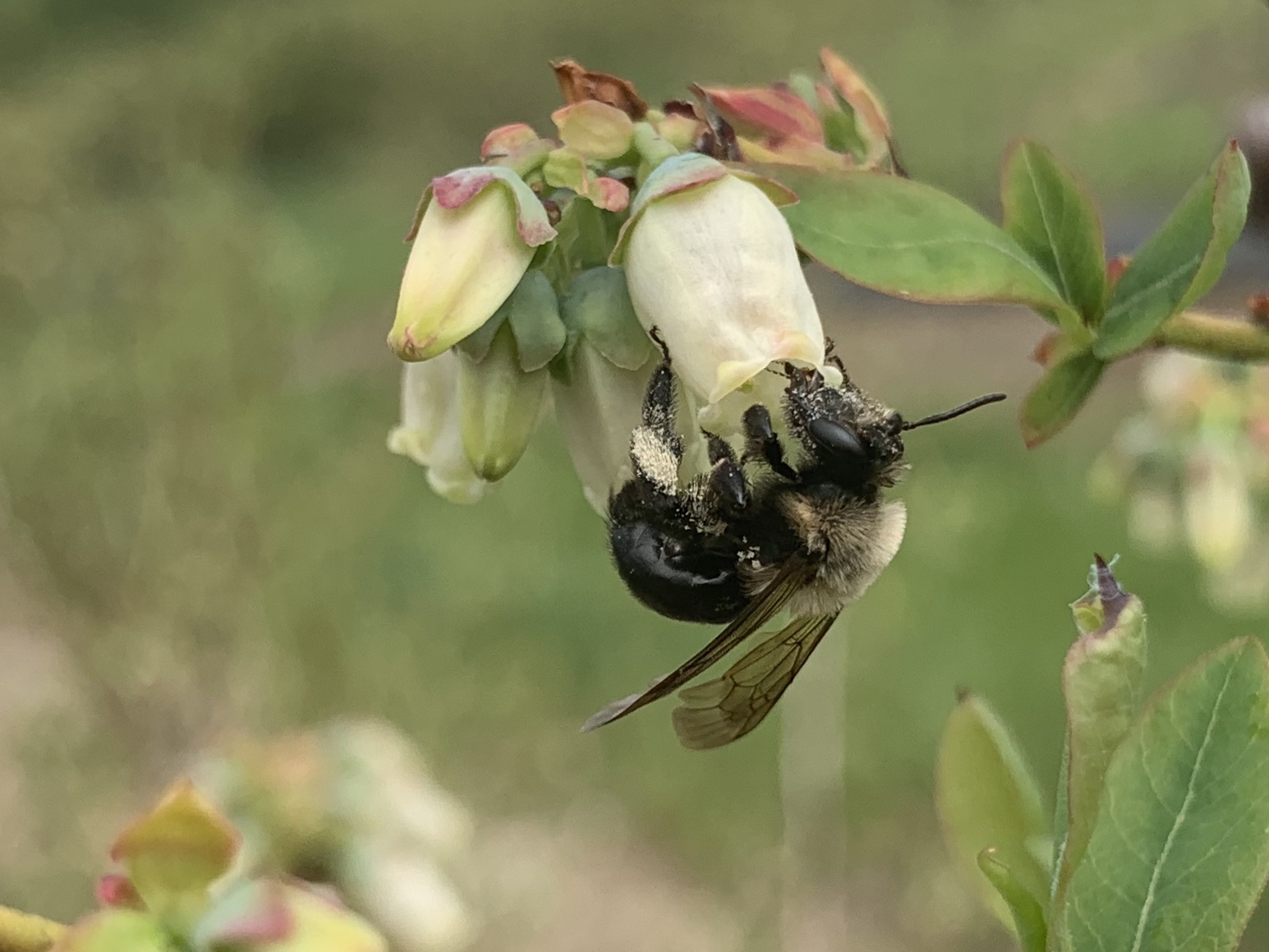 For some context, wild blueberries are native to Michigan, and these wild blueberries have been used to cultivate blueberry crops, which are managed in agricultural landscapes. Michigan is a leading producer of northern highbush blueberries, yielding about 100 million pounds every year. This yield is largely attributed to blueberry pollinators, both wild and managed, who perform the very necessary service of pollination. 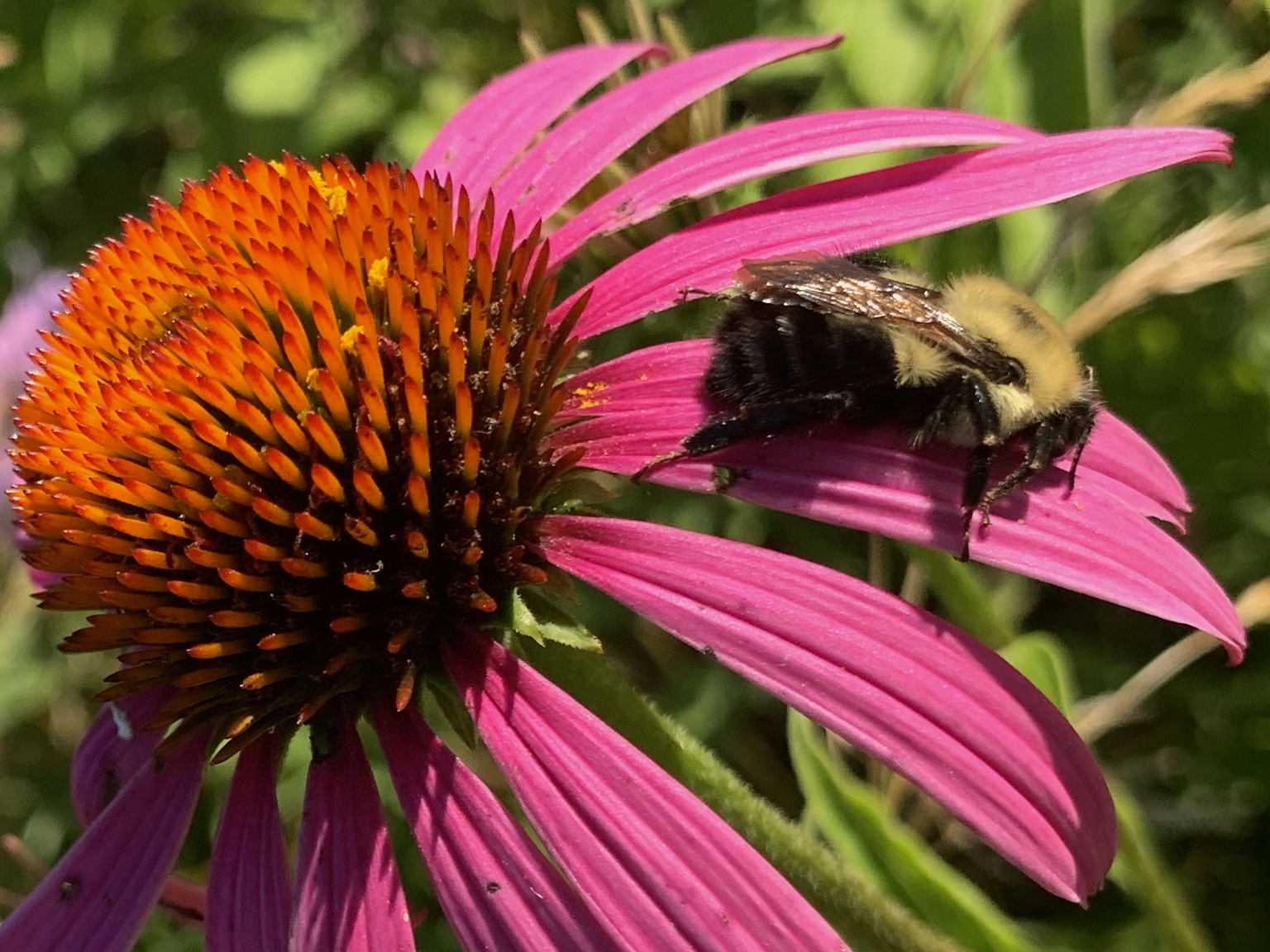 A common eastern bumble bee (Bombus impatiens) sleeping on an Echinacea purpurea petal in the early morning at MSU's Clarksville Research Center in Clarksville, Michigan. Before this bee can take off for a busy day, she needs to warm up under the sun. Photo by Jenna Walters.

When a bee visits a blueberry flower, they push their heads inside it to reach nectar stored at the base of a flower. As they push themselves into the flower, they bump up against the stamen, or the male part of the flower, and the style, or the female part of the flower. Pollen is then released from the tip of the stamen, or the anthers, which collects on the furry body of a bee. This pollen is groomed by the bee, packing it onto themselves to transfer back to their nest. As a bee visits different flowers, a little bit of pollen is transferred to the sticky stigma on the flower style, and thus pollination has occurred.

Pollen serves a critical role for the productivity and reproductive output for both the plant and the bee. For the plant, once pollen is placed on the stigma, germination occurs and pollen tubes travel down the flower style to fertilize it, which turns into seeds. The greater number of fertilized seeds in a blueberry, the bigger it is. For the bee, pollen is the primary resource of protein and lipids for bees. A nutritious pollen diet during larval development leads to larger, healthier and more resilient bees. 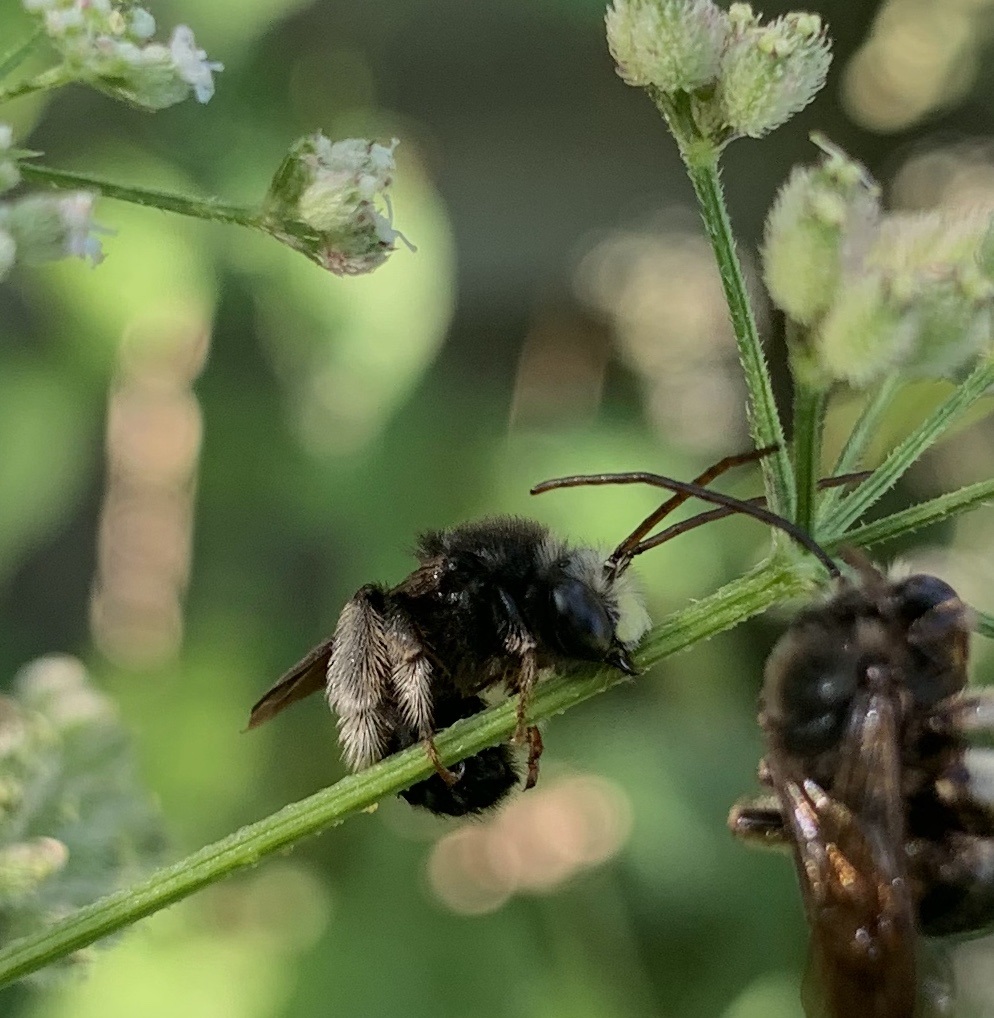 A male two-spotted long horn bee (Melissodes bimaculatus) using his mandibles to clamp onto a plant stem. During the day, two-spotted long horn males are busy flying around in search of females but at night, males cluster together to sleep, hanging from plant stems as seen here. Picture taken in Lansing, Michigan. Photo by Jenna Walters.

So, what happens if that pollen is exposed to extreme heat? As climate change intensifies, extreme heat events have increased in duration, frequency and intensity. This is true globally, including Michigan. In 2018, an extreme heat occurred during blueberry bloom, and we saw a 30-million-pound loss in yield compared to the previous year. It’s uncommon for heat extremes to occur in Michigan during spring, so this phenomenon was totally unexplored. We know even less about how that heat wave could have affected bee development, health and subsequent populations. By uncovering the ways heat affects blueberry pollination systems, we can create strategies to protect them as climate change continues to intensify.