Spartan philanthropist and trailblazer gives back 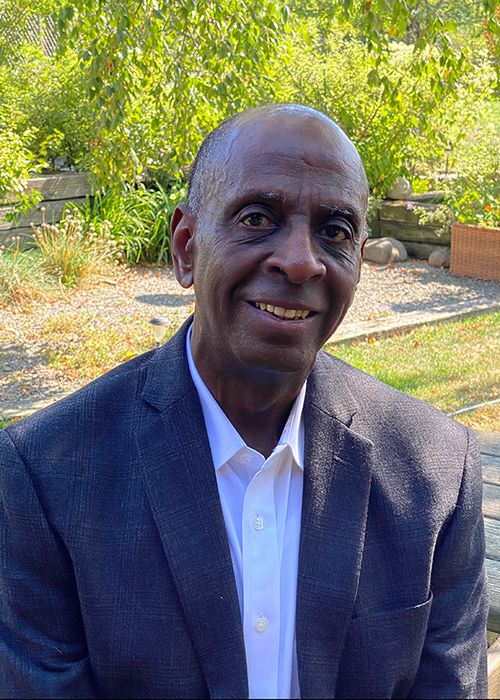 A retired Cornell University professor, Walker spent his career at the forefront of agricultural-based bioindustry research and development. Following a short stint with the Tennessee Valley Authority as a process engineer, he joined Cornell in 1979 and retired from there as a full-time professor and director of the Biofuels Research Laboratory in June 2015.

Ultimately, Walker describes himself as an engineer working to solve agricultural and sustainable human development problems.

This mission and his systems engineering education has driven his multidisciplinary approaches to his problem-solving.

Growing up in Detroit, Walker had no interest in agriculture and for a variety of reasons. Mainly, though, he was not thinking about continuing his education.

“I went to Central High in Detroit. My world perspective was a bit limited because of that,” Walker explained. “My interests were solid-state physics, engineering, science fiction, fishing and hunting. I had no interest in agriculture whatsoever.

With encouragement from high school teachers, Walker applied to three colleges — MSU, the University of Michigan and Wayne State University. MSU was the first to offer him admission and he gladly accepted. Acceptance letters from the other universities later followed.

Having excelled in science and technology, he originally considered pursuing a degree in electrical engineering and commissioning in the United States Air Force. Walker’s student experience at MSU played a strong role in shaping his future and his point of view.

“MSU took someone who had a small view of the world (me) and expanded it. For the first two years of my undergrad studies, civil rights were very important and with that came a certain sense of social responsibility and a passion for science and technology,” Walker shared.

The challenge for Walker was to find a path forward that integrated these themes.

“A lot of my undergraduate experience fed into different aspects of my evolution,” he continued. “I use the word evolution because you need to evolve; you need to grow. It’s so important, because if you can’t grow, you can’t contribute. If I only relied on what I learned at MSU in my professional career — which is a really heavy foundation to work with — I would not be as productive or effective.”

Walker says he was fortunate to have several professors also serve as mentors during his college years. Professors like Fred W. Bakker-Arkema, who taught agricultural engineering for over 40 years at MSU.

“I met my dear mentor, Professor F.W. Bakker-Arkema my freshman year. He was committed to equal opportunity and a very patient man,” Walker said. “One of the reasons I’m so committed to our universities is because they have professors who can be super mentors. Our mentor relationship worked into a friendship. That’s another way that MSU can be transformative, in how professors engage with their students.”

Walker also credits James B. Hamilton, professor of chemistry and assistant provost who was among the first Black professors at MSU, and his wife, Ruth Hamilton, a sociology professor, for greatly influencing his life due to their shared interest in Black American culture and intellectual life.

“You begin to integrate these different perspectives to form your own perspective. This is what is very special about undergraduate experiences in the U.S. It doesn’t happen with all students, but the capacity is there to transform young people by exposing them to different experiences. From my perspective, MSU had a big impact on that transformation.”

Driven by an appreciation for the work Bakker-Arkema was doing in mathematical modeling around real problems, Walker decided to go into agricultural engineering.

“Fred Bakker-Arkema brought me into agricultural engineering,” Walker said. “Up to that point, I still had no interaction with agriculture.”

Walker then spent the summer of 1974 touring farms with MSU Extension specialists to fulfill the agricultural engineering student requirement to be introduced to Michigan agriculture.

“Agriculture is an exciting area because you have a lot of opportunity to integrate knowledge from many fields of study, and that has always appealed to me,” Walker said. “Much of my research activities have focused on exploring phenomena at the interface of the physical and biological worlds. Agriculture and environmental conservation problem-solving are very much operational at this interface.”

Early on, Walker recognized the importance of giving back to his alma mater to help strengthen not only the academics, but also the outreach and research within the college. His wife, Nadine, shares her husband’s passion for addressing sustainable human development and the stewardship of natural resources. Their family and shared passions drive the activities they support. Their children also share their love of education. Daughter, Leah, is an MSU James Madison College alumna, and daughter, Lynne, is a student at UC – San Diego.

Members of MSU’s Shaw Society, the Walkers are loyal and generous annual donors to the College of Agriculture and Natural Resources. Over the years, they have supported many CANR initiatives and have created some of their own based on passions and interests.

In addition to their gifts to CANR, the Walkers, along with two friends from Larry’s undergraduate years, have established the Walker, Lartigue and Higgins Endowment Supporting MSU’s Chapter of the National Society of Black Engineers.

“Nadine and Larry are the kind of donors who provide funds and trusts that we will use for the greater good. They give the money and lets those who are leading the programs be creative,” said Tami Baumann, CANR senior director of development.

Not only has Walker given back financially, he has also served as a CANR Alumni Association board member since 2016, including on the scholarship committee reviewing student scholarship and club grant applications.

He also serves as an adjunct professor for the Department of Biosystems and Agricultural Engineering, working closely with Doug Buhler, director of MSU AgBioResearch and MSU assistant vice president of research and innovation, and others researching holistic agriculture innovation.

“The best part of working in the academic environment is the incredible people we meet,” Buhler said. “I’ve met many wonderful people and Larry is one of the best. His ideas and scientific curiosity are boundless, and I greatly value the way he challenges my thinking. Larry is also a student of the world and a great conversationalist. Larry is a great colleague and a true friend.”

According to Walker, institutions are only as good as the people that lead them.

“If I can find people where we can share our voices to address a problem, I’m on board with that, but it has to be people that you can connect with. I’ve been working quite a bit with Doug Buhler on holistic agriculture innovation. It is fun to work with Doug and brainstorm on these possibilities!

“One of the things our land grant institutions allow us to do as professors is to engage the world. You don’t have to, but there is opportunity to interact with other colleagues to do some good in the world.”

Throughout his career at Cornell, Walker was involved in a number of biomass to energy projects, including an assessment of New York State’s biomass resources available. During his last few years at Cornell and his current work at MSU involves deploying systems biology tools to build metabolic reconstruction of important industrial microorganisms.

Walker served in numerous leadership roles, including serving as co-editor in chief for the journal Industrial Biotechnology, adviser for the Renewable Fuels Roadmap and Sustainable Biomass Feedstock Assessment for New York, member of the New York State Climate Action Plan Advisory Panel, the National Biomass Research and Development Technical Advisory Committee, the Education Committee of the American Council of Renewable Energy and the Advisory Board for the Presidential Forum on Renewable Energy. He also serves on the Governing Board of K.J. Somaiya Institute of Engineering and Information Technology and the Academic Council of Somaiya Vidyavihar, Mumbai, India.

Walker has received numerous accolades for his service. In 2009, he was elected as a fellow in the American Institute of Medical and Biological Engineering, awarded the Black Enterprise Magazine Master of Innovation Award and received the Outstanding Faculty Award from the Cornell University College of Agriculture and Life Sciences.

In 2008, he was awarded the MSU CANR Outstanding Alumnus Award, and was named to the CANR Farm Lane Society in 2015. Additionally, Walker received the MSU College of Engineering BAE Distinguished Alumni Award in 2017 and received the Leadership and Legacy Award from the Biotechnology Innovation Organization for his industrial biotechnology leadership in 2018.