Probing how plants deal with drought 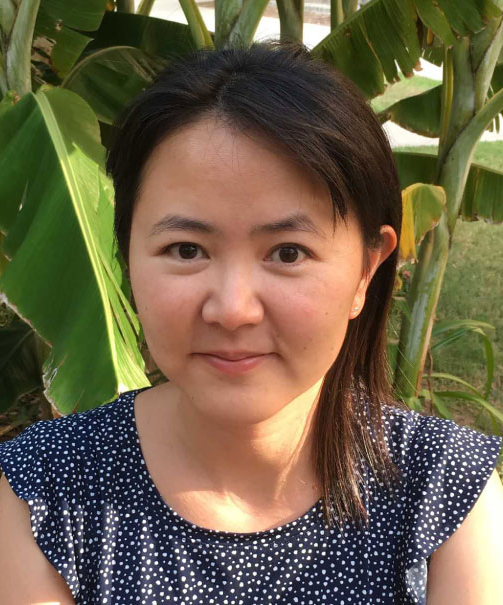 This work could help farmers and scientists better protect plants as water scarcity is projected to affect more and more people over the next century.

“Plants face so much stress. They can’t get up and move, so they have to deal with whatever environment they’re in,” said Hsu, an assistant professor in the Department of Biochemistry and Molecular Biology. “And when people think about the major stresses, they usually think about drought first.”

Over the past 50 years, drought has been responsible for about two-thirds of the crop loss in the United States. Hsu’s goal is to better illuminate the connection between a plant’s genes and its cellular functions as it responds to the stress of water scarcity.

“We will have the potential to come up with an entirely new set of approaches to improve crop performance,” said Hsu, who was recruited to MSU in 2018 under the Global Impact Initiative.

Hsu’s team is particularly interested in a hormone called abscisic acid. As water becomes scarce, plants produce more of the hormone. This ultimately tells the plant to close its pores — which are normally open to take in carbon dioxide for photosynthesis — so that it can better seal in water.

In the first step, the plant fires up certain genes to create molecules known as messenger RNA, which are like little instruction booklets.

“Abscisic acid controls a large number of a plant’s genes and people know a lot about how this hormone controls the first step,” Hsu said. “People know very little about the second step.”

In this step, tiny builders in the plant’s cells, called ribosomes, take those instructions, read them and use them to assemble specific proteins to steer the plant’s behavior.

“We really want to understand that next step,” Hsu said. For its study, Hsu’s team will use Arabidopsis plants, like the one shown here.

To do that, Hsu’s team is using next-generation sequencing tools and computational methods that are relatively new to the field. As a postdoc, she belonged to a lab that was among the first to use these methods in plant science.

“There were a lot of challenges then,” said Hsu. “But now we’re really good at doing this.”

Hsu’s NSF project will start by examining that second step in Arabidopsis plants, a popular plant model that belongs to the mustard family, which includes kale, cabbage and broccoli. But her team also wants to understand how its findings translate to a broader range of crops, in potentially a broader range of settings outside of drought.

Plants not only produce abscisic acid hormone during drought, but also in response to other stressors that limit their access to water, such as high soil salinity and extreme temperatures.

“All of these are tied to water availability. That’s why I really want to focus on this hormone, because it controls a lot of stress tolerance,” Hsu said. “I chose it because I want to do something important for agriculture.”