The new Netflix movie “Don’t Look Up” may be a fictional comedy but in real life Michigan State University’s researchers have been leading breakthrough research on asteroid deflection for years.

An on-orbit demonstration of asteroid deflection is a key test that NASA and other agencies want to perform before it would ever be needed. DART will be the first-ever space mission to demonstrate asteroid deflection by kinetic impactor. The goal of the mission is to deflect a small asteroid moon by changing its orbit around a larger asteroid, named Didymos.

“The idea is similar to a collision between billiard balls,” said MSU's Planetary Scientist Seth Jacobson, College of Natural Science, Department of Earth and Environmental Sciences, and a member of a multidisciplinary research team working on the DART project. “A ball is moving on one trajectory, and we're going to try and strike it with a much smaller ball in such a way that it no longer follows its old trajectory.” 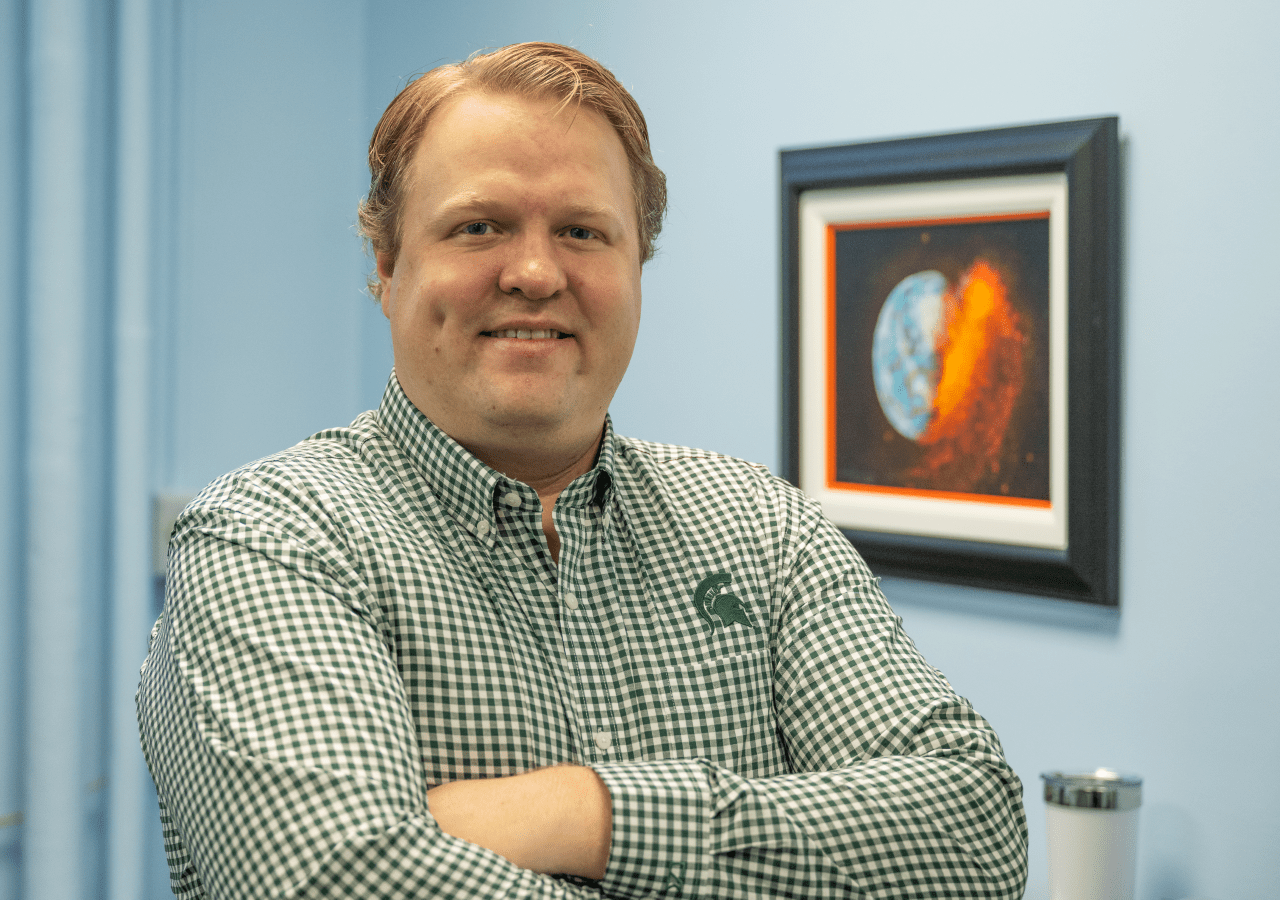 Neither Didymos nor its small moon are a threat to Earth, but by conducting the test with this asteroid system, the DART mission team will be able to precisely measure the deflection of the small moon’s orbit around Didymos, providing important information about the kinetic deflection technique. Impact is expected to take place in fall of 2022.

The film’s science consultant Amy Mainzer, who is principal investigator of NASA's Near-Earth Object Wide-field Infrared Survey Explorer mission, and a professor in the lunar and planetary laboratory at the University of Arizona, said: “Michigan State University is a great state school, and they have a fantastic astronomy program. When Adam McKay, the writer and director of the movie, chose Michigan State University, I already knew of its reputation in the field of astronomy and agreed.”

In fact, MSU’s Department of Physics and Astronomy is one of the top-ranked departments in the country. MSU’s Astronomy group includes recognized leaders in the fields of stellar and nuclear astrophysics, galaxies and cosmology, as well as planetary and exoplanetary science. Research in the department even specializes in the fields of Leonardo DiCaprio’s Dr. Randall Mindy (galaxy clusters) and Jennifer Lawrences’ Kate Dibiasky (supernovae). Additionally, MSU’s graduate program in nuclear physics, also housed in the Department of Physics and Astronomy, is ranked #1 by U.S News & World Report and has been for the past 10 years.

Back to the movie

Even though the main objective of the mission is planetary defense, Jacobson sees a larger scientific benefit.

“These binary asteroids are interesting little worlds that have moons and change with time,” he said. “And there's a lot of really interesting physics that takes place in and around them. They're really crucial for understanding the history of the solar system, and so we need to understand physics to ultimately unlock our own past, the deep past of humanity.”

Jacobson weighed in on the film: