Michigan State University Debate had a team reach the Sweet 16 at the Franklin R. Shirley Tournament hosted by Wake Forest University this past weekend. 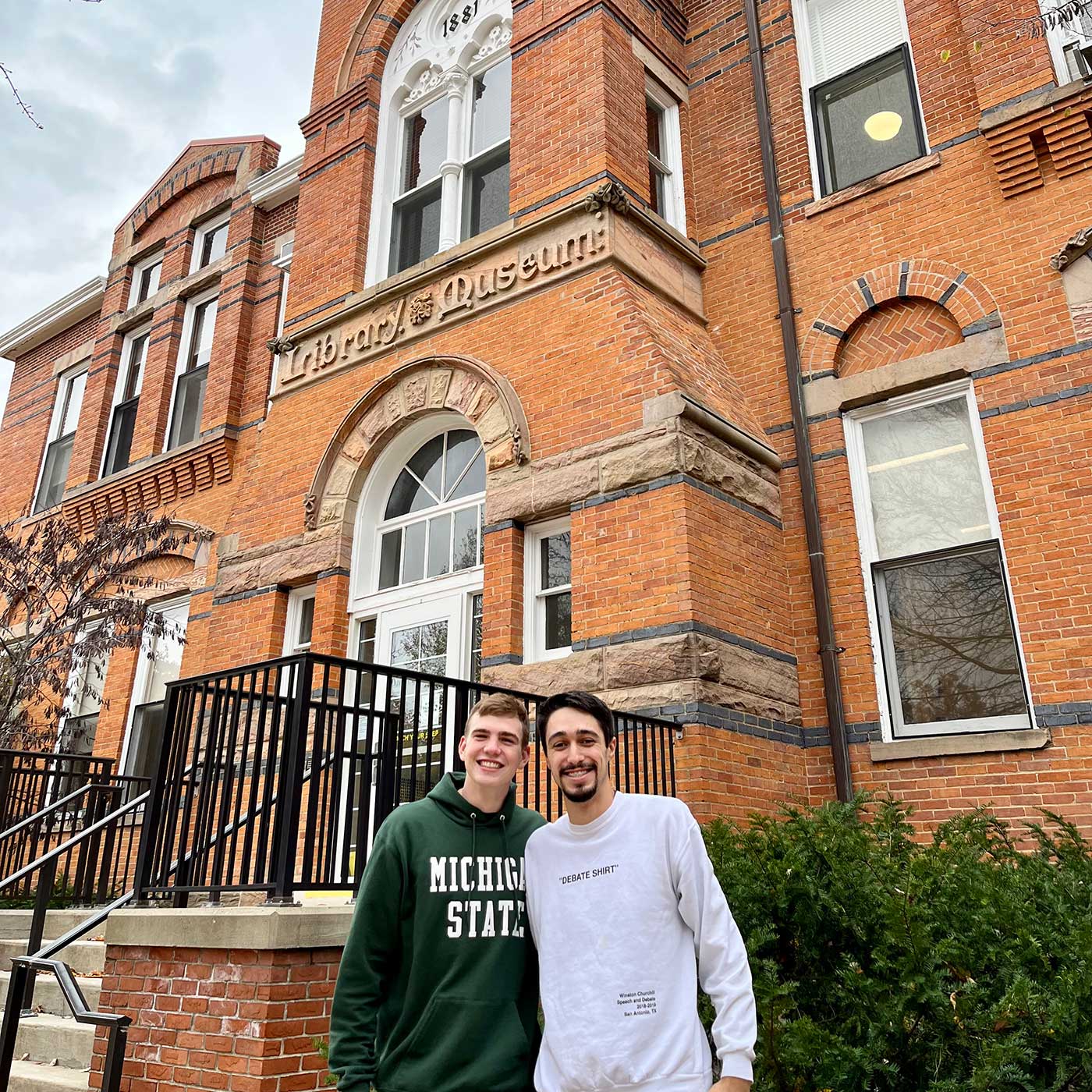 “Nate and David had an exceptional end to the fall semester,” said Will Repko, MSU Debate Head Coach. “Wake is one of the largest tournaments of the year and teams participate from all over the country.”

Glancy and Koster weren’t the only MSU Debate students to reach elimination debates at the Franklin R. Shirley Tournament.

MSU Debate's assistant coach Kevin McCaffrey said, “It’s notable that MSU had so many teams do well at Wake. It speaks to the depth of our program right now and how much it really is a full team effort.”

“What I like to see is how invested the students are in each other doing well,” said Repko. “When Nate and David weren’t debating in the Round of 32, they were helping Piper and Tony. On Monday, when only Nate and David were debating, other students were pitching in.”

The Franklin R. Shirley is MSU Debate’s last competition in the fall semester to give students time to prepare for finals.

The MSU Debate team is part of the Honors College.