Diagnosing a rare medical condition is difficult.  Identifying a treatment for it can take years of trial and error. In a serendipitous intersection of research expertise, an ill patient — in this case a child — and innovative technology, Bachmann-Bupp Syndrome has gone from a list of symptoms to a successful treatment in just 16 months.

The paper chronicling this lightning-fast scientific response to Bachmann-Bupp Syndrome was published on July 13 in the open-access journal, eLife. 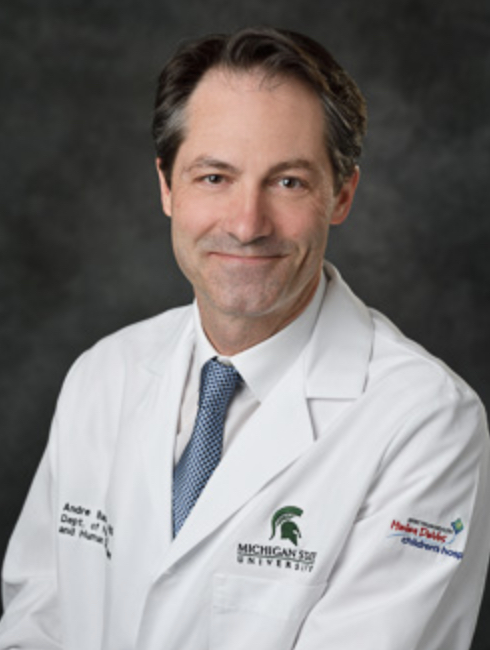 For more than 25 years, André Bachmann, professor of pediatrics in Michigan State University College of Human Medicine, had been studying the ODC1 gene. This gene and its protein product ODC, which produce polyamines, are crucial for cell survival and contribute to many developmental processes, including muscle tone and motor skills in children.

Through Bachmann’s research, he also knew that the drug difluoromethylornithine, or DFMO, (sometimes referred to as eflornithine), had already been successful and approved by the Food and Drug Administration for treating other diseases linked to problems with ODC like African sleeping sickness and hirsutism (excessive hair growth). It was also studied in cancer clinical trials of colon cancer and pediatric neuroblastoma. 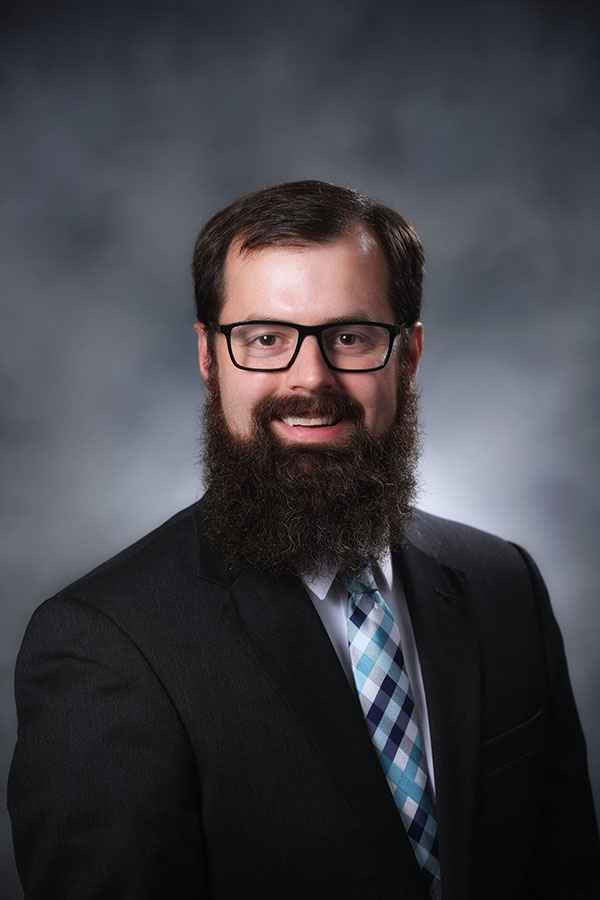 In 2018, Caleb Bupp, a medical geneticist at Helen DeVos Children’s Hospital in Grand Rapids and clinical assistant professor in the Department of Pediatrics and Human Development in Michigan State University College of Human Medicine, had an unusual patient. Three-year-old Marley Berthoud’s symptoms included a large head size, complete hair loss, low muscle tone and developmental delays. She could not hold her head up, feed herself, crawl or communicate.

When Bupp sequenced Marley’s exome (the part of the human genome that contains the genetic code for making proteins), he discovered a mutation on her ODC1 gene. Bupp recalled a presentation by Surender Rajasekaran, a pediatric ICU physician at Helen DeVos and assistant professor in the Department of Pediatrics and Human Development in the Michigan State University College of Human Medicine, and Bachmann about ODC1, and he reached out to them.

Marley’s ODC1 gene mutation caused her body to accumulate lots of ODC protein which was building up in her system. Bachmann knew from his previous work that DFMO deactivates ODC proteins.

“We can’t stop her body from accumulating ODC protein, but we can make the protein inactive,” Bachmann said.

Bupp was encouraged by Bachmann’s previous research showing that DFMO was safe and had minimal side effects on patients, especially children. With her family’s approval, Marley started taking DFMO in 2019. This was the first FDA-approved single-patient study in the world to treat a patient with an ODC1 mutation using DFMO.

“From the discovery of the syndrome until the patient’s first dose it took less than two years,” Bachmann said. “That doesn’t usually happen so quickly.”

While Bachmann, Bupp, Rajasekaran and Marley’s family waited to see if DFMO would work, Marley’s list of symptoms was given the official name of Bachmann-Bupp Syndrome or BABS by the Online Mendelian Inheritance in Man, an online database of human genes and genetic disorders.

“This rarely happens,” Bachmann said. “As of today, and still many years from now, medical students will be learning about Bachmann-Bupp Syndrome and this all started at MSU.”

Since she started taking DFMO, Marley has made tremendous progress. She has gained muscle tone which means she can hold her head up, feed herself with a spoon and crawl, but the most visible sign of success has been a full head of new hair growth.

“It’s astounding,” Bachmann said. “When I first saw a picture of her, I couldn’t believe she had grown that much hair in a year, and she managed to sled down a hill by herself.”

Seeing all of this external progress was promising, but Bupp wanted to go a step further to learn more about the internal changes happening inside Marley’s body from the DFMO treatment. Bupp contacted Metabolon, a health technology company based in Morrisville, North Carolina, that has developed a tool for the detecting biological markers of rare diseases and response to treatment.

Metabolon’s Precision Metabolomics technology could test Marley’s blood samples before and during treatment to find out exactly how her body’s metabolism responded to DFMO treatment and the effect the drug was having on her body.

“There is not really a regular lab test you can do to look at that, so working with Metabolon gave us that window into Marley’s biochemistry that wouldn’t have been possible otherwise,” Bupp said. “What we saw in the numbers agreed with what we were observing with our eyes -- Her body was changing on the inside too.”

“Now Marley is using some sign language, where previously she couldn’t communicate," Bupp said. "My heart melted when she was able to give me a high five for the first time."

Marley Berthoud can hold her head up, scoot around on the floor, and communicate using some American Sign Language. Courtesy of Spectrum Health Beat.

Marley is ready for her exam to show off her incredible progress. Courtesy of Spectrum Health Beat.

Marley's mom brings calm and comfort amid the noise and chaos of the hospital. Courtesy of Spectrum Health Beat.

Dr. Caleb Bupp examines Marley and has witnessed her success growing a full head of hair, sitting up on her own and even riding a sled this past winter. Courtesy of Spectrum Health Beat.

After her appointment, Dr. Caleb Bupp escorts Marley and her family out of the hospital, "See you next time!" Courtesy of Spectrum Health Beat.

Back at home, Marley plays with her dad and siblings. Courtesy of Spectrum Health Beat.

Marley gives her brother one of her famous high fives, showing how much strength and coordination she has gained. Courtesy of Spectrum Health Beat.

Now that Marley is able to communicate, she can share an inside joke with her brother. Courtesy of Spectrum Health Beat.