Revealing the logic of the body’s ‘second brain’

Spartans are discovering new science in the gut and, potentially, new leads on how to treat irritable bowel syndrome and other disorders

Researchers at Michigan State University have made a surprising discovery about the human gut’s enteric nervous system that itself is filled with surprising facts. For starters, there’s the fact that this “second brain” exists at all. 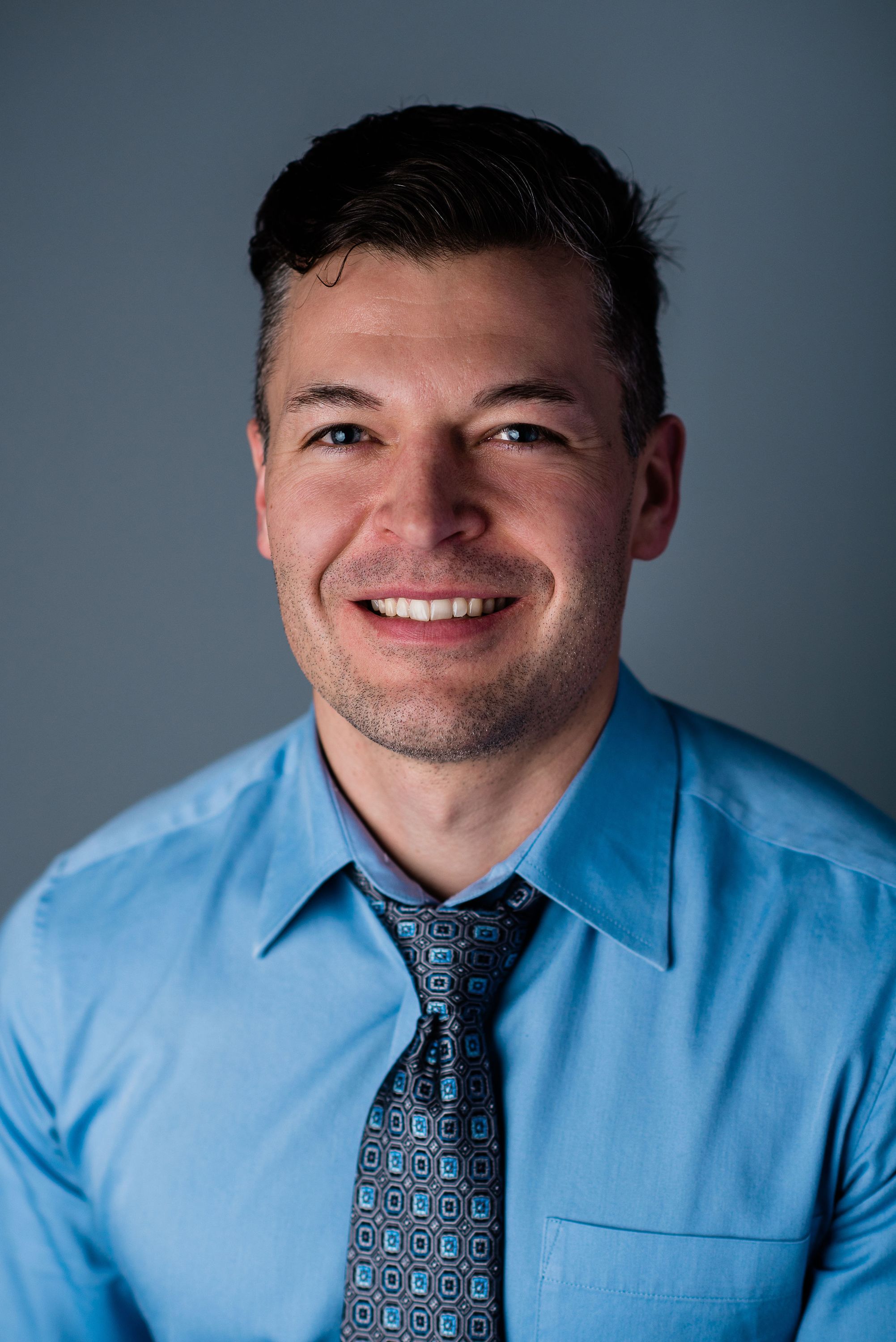 “Most people don’t even know that they have this in their guts,” said Brian Gulbransen, an MSU Foundation Professor in the College of Natural Science’s Department of Physiology.

Beyond that, the enteric nervous system is remarkably independent: Intestines could carry out many of their regular duties even if they somehow became disconnected from the central nervous system. And the number of specialized nervous system cells, namely neurons and glia, that live in a person’s gut is roughly equivalent to the number found in a cat’s brain.

“It’s like this second brain in our gut,” Gulbransen said. “It’s an extensive network of neurons and glia that line our intestines.”

Neurons are the more familiar cell type, famously conducting the nervous system’s electrical signals. Glia, on the other hand, are not electrically active, which has made it more challenging for researchers to decipher what these cells do. One of the leading theories was that glial cells provide passive support for neurons.

Gulbransen and his team have now shown that glial cells play a much more active role in the enteric nervous system. In research published online on Oct. 1 in the Proceedings of the National Academy of Sciences, the Spartans revealed that glia act in a very precise way to influence the signals carried by neuronal circuits. This discovery could help pave the way for new treatments for intestinal illness that affects as much as 15% of the U.S. population. 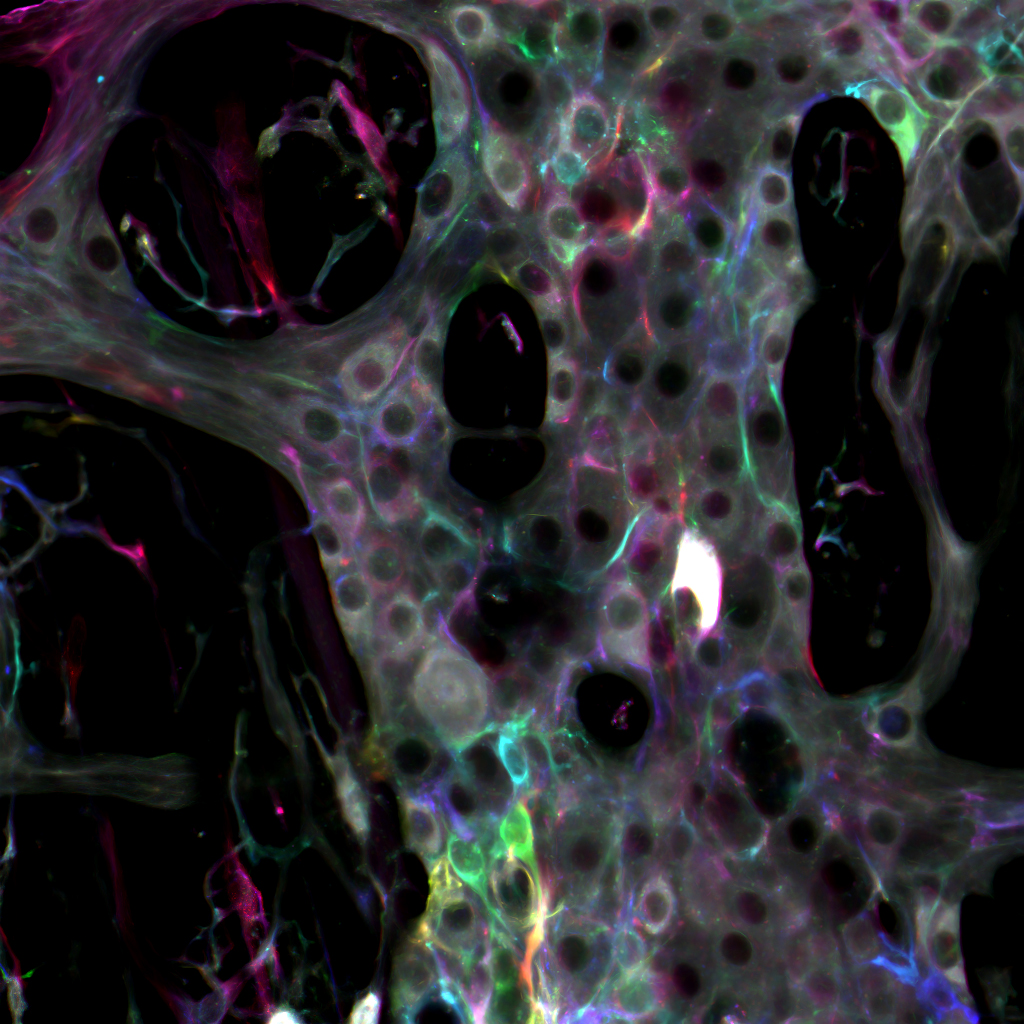 A network of glial cells, the logic gates of the gut’s nervous system, are seen in this micrograph. The cells — the dark orbs enveloped in gray — have been colorized according to how they respond to a chemical signal. Credit: Proc. Natl. Acad. Sci./Gulbransen Lab

“Thinking of this second brain as a computer, the glia are the chips working in the periphery,” Gulbransen said. “They’re an active part of the signaling network, but not like neurons. The glia are modulating or modifying the signal.”

In computing language, the glia would be the logic gates. Or, for a more musical metaphor, the glia aren’t carrying the notes played on an electric guitar, they’re the pedals and amplifiers modulating the tone and volume of those notes.

Regardless of the analogy, the glia are more integral to making sure things are running smoothly — or sounding good — than scientists previously understood. This work creates a more complete, albeit more complicated picture of how the enteric nervous system works. This also creates new opportunities to potentially treat gut disorders.

“This is a ways down the line, but now we can start to ask if there’s a way to target a specific type or set of glia and change their function in some way,” Gulbransen said. “Drug companies are already interested in this.”

Earlier this year, Gulbransen’s team found that glia could open up new ways to help treat irritable bowel syndrome, a painful condition that currently has no cure and affects 10% to 15% of Americans. Glia could also be involved in several other health conditions, including gut motility disorders, such as constipation, and a rare disorder known as chronic intestinal pseudo-obstruction.

“Right now, there’s no known cause. People develop what looks like an obstruction in the gut, only there’s no physical obstruction,” Gulbransen said. “There’s just a section of their gut that stops working.”

Although he stressed that science isn’t at the point to deliver treatments for these problems, it is better equipped to probe and understand them more fully. And Gulbransen believes that MSU is going to be a central figure in developing that understanding.

“MSU has one of the best gut research groups in the world. We have this huge, diverse group of people working on all the major areas of gut science” he said. “It’s a real strength of ours.”