Long ago in Earth’s history, individual cells began to communicate and coordinate with one another. Thanks to this and a few billion years of evolution, humans can now gather in lecture halls to share ideas about how to study this communication and its wide-ranging implications.

That’s how Michigan State University’s Lee Kroos and Yann Dufour came together to probe microbial processes that influence our world in myriad ways. “My graduate student, Y Hoang, was presenting at a departmental seminar series called ‘Works in Progress,’” said Kroos, a professor of biochemistry and molecular biology and of microbiology and molecular genetics in the College of Natural Science. Hoang, who has since earned her doctorate, was discussing the group’s effort to take incredibly detailed images of bacterial communities at MSU’s Center for Advanced Microscopy. There was just one problem.

“We didn’t know how to do the image analysis,” Kroos said. “After the seminar, Yann came up to me and said, ‘I think we can help.’”

“There was a serendipity about it,” said Dufour, an assistant professor of microbiology and molecular genetics. “It was bringing the right set of skills together and the right set of people together.”

The Spartans now have a paper, published online Nov. 5 in the Proceedings of the National Academy of Sciences, in which they took a deep look at how single cells work together to choreograph collective behavior. In particular, the team looked at a bacterial species known as Myxococcus xanthus. Researchers use M. xanthus as a model to tease out the basic rules of the dances bacteria do to survive, thrive and impact humanity, for better or worse. 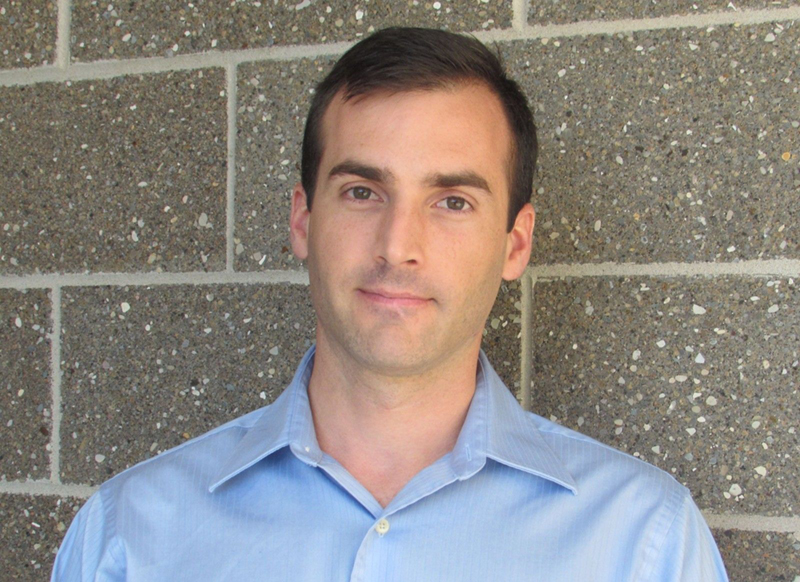 “You need to know the rules underlying the behavior,” Dufour said. “With every added detail we can see in the dance, we’re getting a bit closer to describing these elements that we really want to understand.”

“Microbial communities called microbiomes impact the life of all organisms,” Kroos said. “Limited understanding of how cells interact with each other in microbiomes impedes our ability to intervene for the benefit of society.”

With studies like this one, scientists make progress toward being able to manipulate these microbiomes to help society, the Spartans said. This could be by preventing microbial films that foul up medical devices and water treatment systems, or by encouraging microbial coordination in ways that remediate pollution, gobble up greenhouse gases and promote crop growth.

“Microbes are on the inside and outside of every living thing, so there are lots of practical applications of this work,” Kroos said. “But we have a lot of fundamental knowledge we still need to gain.”

To gain some of that knowledge with this project, Hoang worked with confocal imaging specialist Melinda Frame in the Center for Advanced Microscopy to get the most detailed images to date of the dance of the hungry M. xanthus. 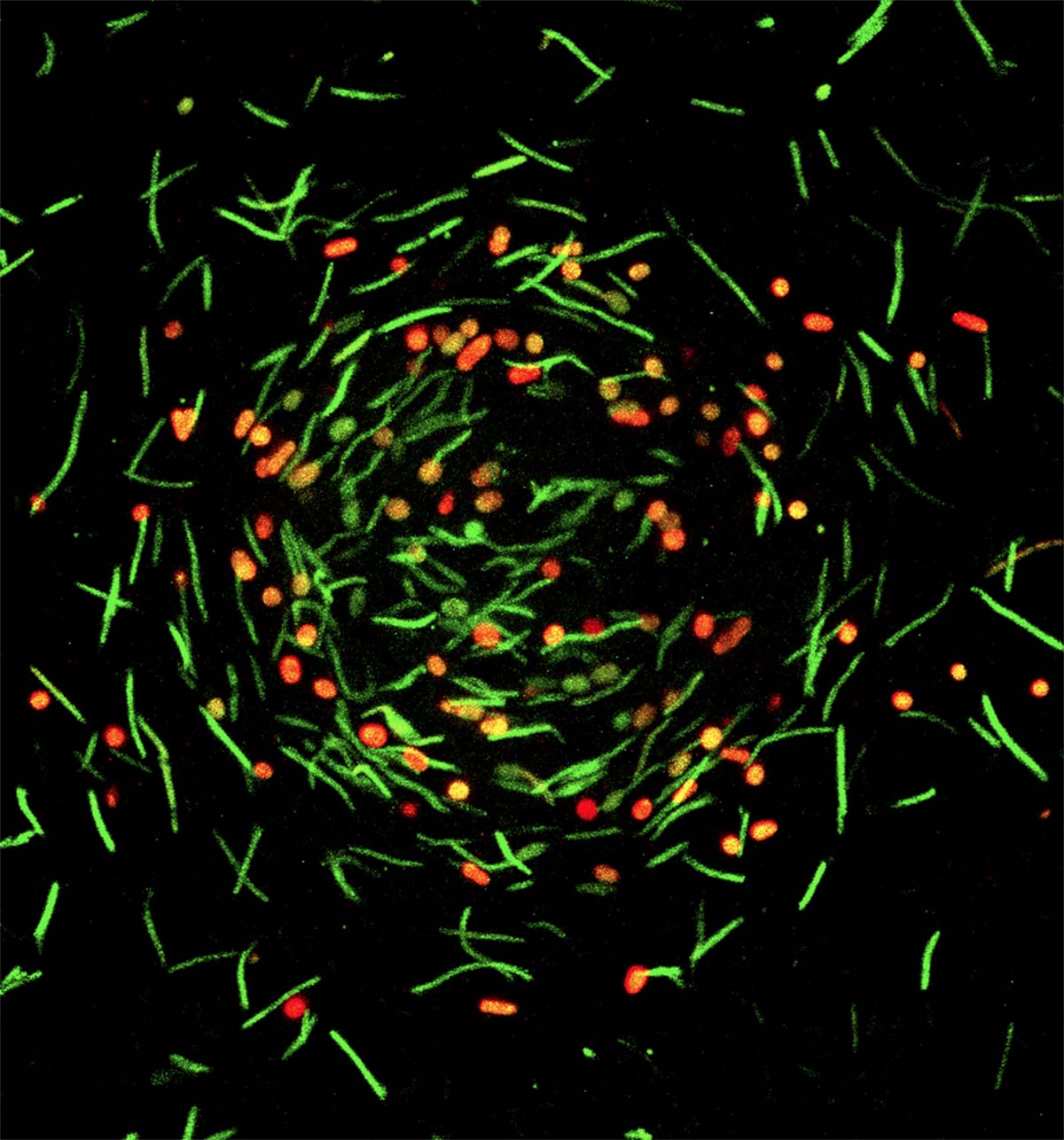 When food is scarce, these bacteria start a well-documented, but not fully understood, ritual. Roughly 100,000 cells congregate in what’s known as a mound. The rod-shaped bacteria then start squishing themselves into hardy orbs called spores that can survive in a dormant state until food becomes available again.

But this doesn’t happen willy-nilly. It’s a coordinated, collective effort. The bacteria use signals to dictate when it’s time to mound up and when to activate the genes used to make spores.

Hoang captured images of bacterial cells forming a mound and then spores with unparalleled resolution. That’s when Dufour’s team entered the picture and former graduate student Joshua Franklin — who has also since earned his doctorate — helped analyze the images to draw quantifiable conclusions supported by statistics.

“The Ph.D. students on this project deserve a lot of credit,” Dufour said. “They helped put a lot of new things on the table.”

“We had really stellar graduate students,” Kroos said. “Their creativity and their independent thinking helped make this possible.”

What the team found was that where cells were in the mound, how close together they were and how they were oriented all play a role. For instance, spore formation starts in a ring at a certain distance from the center of the mound. And rod-shaped cells tend to orient themselves a certain way where they start becoming spores.

“It’s really pretty amazing that there’s this substructure at the cellular level within the mound,” Kroos said. “I can’t say why they do that, but it’s pretty cool that they do.”

Although the Spartans don’t have all the answers yet, they do have new microscopy and data analysis techniques to continue watching and learning from the dance.