Michigan State University ranks ninth in the world and is the only U.S. university in the top ten in terms of advancements in environmental antimicrobial resistance research, according to a recent announcement by the Global Health Research and Policy.

“This recognition that reflects on accomplishments dating back to 2000 further establishes and reinforces MSU as a long-time leader of environmental antimicrobial resistance research,” said Jim Tiedje, University Distinguished Professor and founding director of MSU Center for Microbial Ecology. 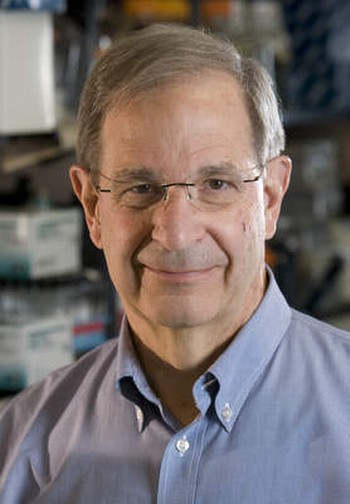 For decades, the university has positioned itself globally as one of the preeminent institutions in research related to environmental science. In 1989, MSU was awarded one of the first National Science Foundation Science and Technology Centers dubbed the MSU Center for Microbial Ecology.

“Our microbial resistance work is an extension of that center,” Tiedje said. “The strength MSU has in this field is that of multidisciplinary expertise. We have researchers from a broad range of disciplines that have the expertise to come together to work on these problems.”

In 2017, MSU became the first U.S. institution to host the International Symposium on the Environmental Dimension of Antibiotic Resistance.

“We were able to host that symposium because we have this recognition of leadership that allowed us to put together a program that was broadly interesting for attendees worldwide — about 250 people attended from 36 countries,” Tiedje said.

According to the World Health Organization, antimicrobial resistance occurs when bacteria, viruses, fungi and parasites change over time and no longer respond to medicines making infections harder to treat and increasing the risk of disease spread, severe illness and death. As a result, antibiotics and other antimicrobial medicines become ineffective and infections become increasingly difficult or impossible to treat.

Infectious diseases are constantly evolving to outperform antibiotics and treatments designed to block their spread.

“By reducing the amount of antibiotics in the environment, we reduce selection pressure for resistance with the goal to keep our current antibiotics effective for as long as possible,” Tiedje said.

This is especially critical given there have been no new antibiotic classes developed in the past 20-plus years.

“Our multidisciplinary approach at MSU gives us the ability to approach the issue through research in environmental engineering, veterinary medicine, animal science, soil chemistry, bio-informatics, microbiology, epidemiology,” he said. “MSU provides the opportunity for researchers from all of those disciplines to work together to come up with a variety of approaches to addressing the issue.” 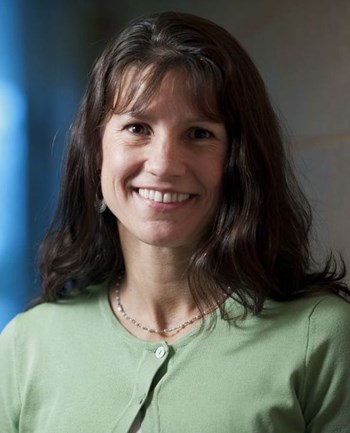 MSU AgBioResearch scientist Shannon Manning studies antibiotic resistance in foodborne pathogens such as Shiga toxin-producing E. coli, among others. One goal is to evaluate the frequency of resistance to clinically relevant antibiotics in these pathogens that can be readily transmitted to humans.

“Making comparisons to the pathogens recovered from human patients helps us determine which genetic and phenotypic traits might be most commonly transmitted and are more important for disease and resistance,” Manning said.

“For the foodborne pathogens recovered in our studies, we have found high frequencies of resistance to common antibiotics that are often used to treat human bacterial infections. Examining the genomes of these pathogens has allowed us to classify the frequency and diversity of the genes responsible for the resistance phenotypes. We have also found that specific genomic lineages (or genotypes) are often more likely to be resistant.”

Manning is also examining the impact of antibiotic use and resistance in dairy cows.

“Although dairy cattle typically receive intramammary antibiotics to prevent mastitis, it is not currently clear if the drug can get to the gut and cause changes in the microbiome and resistome,” she said.

“We have collected samples from 40 cows with and without treatment. These animals were sampled before treatment and were followed repeatedly over a nine-week period. We have found a greater abundance of specific resistant bacterial populations in the treated versus untreated animals and see an increase in the number and diversity of resistance genes post treatment, though the microbiome seems to recover over time.”

The mastitis study is funded by the United States Department of Agriculture and involves researchers from the College of Veterinary Medicine at MSU, including Pamela Ruegg, Bo Norby, Lorraine Sordillo-Gandy and Ron Erskine, as well as Lixin Zhang from MSU’s Department of Epidemiology and Biostatistics. 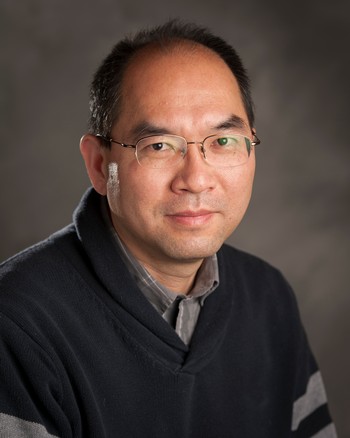 MSU Department of Plant, Soil and Microbial Sciences Professor Hui Li is an environmental soil chemist who studies emerging contaminants. After starting work at MSU in 2005, he partnered with Tiedje and the MSU Center for Microbial Ecology to work toward methods to quantify the amount and diversity of antibiotics in the environment.

He also looks at how bacteria respond to antibiotics in various environmental situations that demonstrate varying bioavailability to bacteria and selection pressure for resistance.

As antibiotics are introduced into the environment, they are dissolved in water and absorbed by the soil. Li examines how these antibiotics become available to bacteria.

In a recent National Science Foundation funded study, Li evaluated how adding biochar to soil that has high antibiotic exposure, such as a livestock farm, could reduce antibiotic bioavailability.

“What we found was that this biochar has pores and when the antibiotics get inside the pores they become less available for bacteria to access,” Li said. “We used a biochar to sequester certain types of antibiotics, and we found that if we use this charcoal material as a soil amendment, we could create a means that can secure antibiotics in the pores of the biochar.”

Biochar is a charcoal used as a soil ameliorant for carbon sequestration and soil health benefits.

“We think in the future, this method could be used in some hot spots to sequester antibiotics and reduce antibiotic exposure and selection pressure to the bacteria,” Li said.

To learn more about antimicrobial resistance, visit who.int/news-room/fact-sheets/detail/antimicrobial-resistance. This story was originally featured on the College of Agriculture and Natural Resources website.