Michael Thomashow’s research has always been fueled by a pretty simple question: How the heck does that work?

It was true when Thomashow first joined Michigan State University in 1986 and launched a research program to demystify how plants survive freezing temperatures. And it’s true today, as the simple question underlies a new $1.8 million grant from the National Science Foundation. 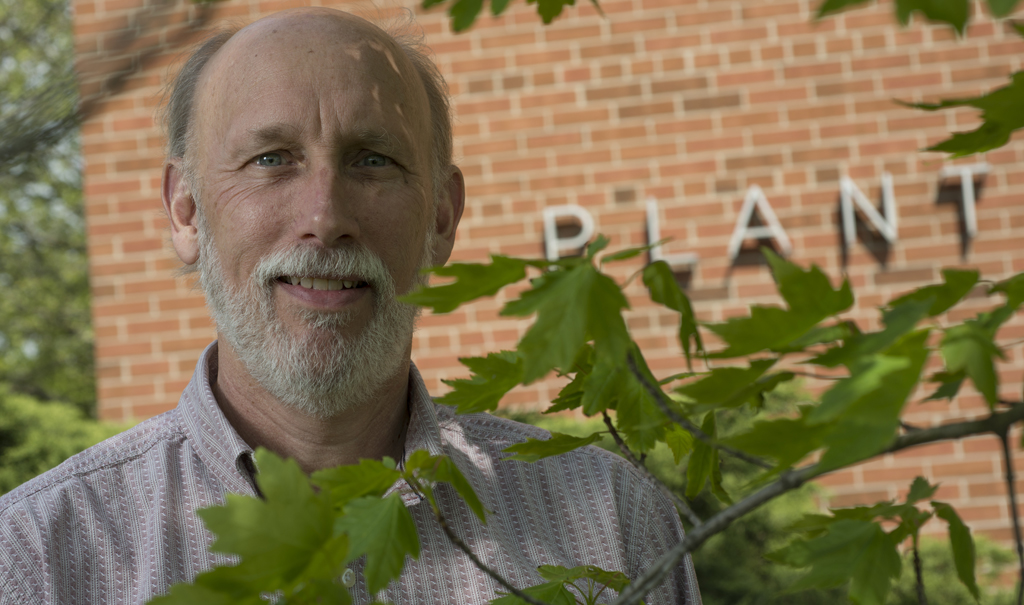 The goal of this grant is to better understand the connection between how plants navigate temperature changes and fight off pathogens. By understanding the biology behind how plants respond to a variety of stresses, scientists will be better equipped to help farmers and their crops adapt to a changing planet.

“In plant science, one of the things we want to do is understand more about biotic stresses including pathogens that cause disease and abiotic stresses such as extremes in temperature and draught,” said Thomashow, who works in the College of Agriculture and Natural Resources with the Department of Plant, Soil and Microbial Sciences and in the College of Natural Science with the Department of Microbiology and Molecular Genetics.

Although Thomashow’s interest in a plant’s response to frigid conditions led him to this project, the work does have implications for rising temperatures as well.

A Spartan story decades in the making

Knowing that Thomashow’s work has focused on plants in frigid temperatures, it might be surprising to learn that he grew up in famously warm California. After earning his Ph.D. at the University of California, Los Angeles in 1978, he moved to Washington state to study the microbiology of soil bacteria that could infect plants.

“When I was working on that, it would get to be -10 degrees at night,” he said. He became curious about how plants could survive the harsh cold and then spring back to life when the weather warmed. “I realize how fortunate I am to have this wonderful job of being a scientist. I get to go out into the world and say, ‘How the heck does this work?’”

In 1986, MSU didn’t have a research program in place to identify genes that regulate the ability of plants to survive freezing temperatures. But the university believed it was a question worth answering and that Thomashow could help answer it, he said. 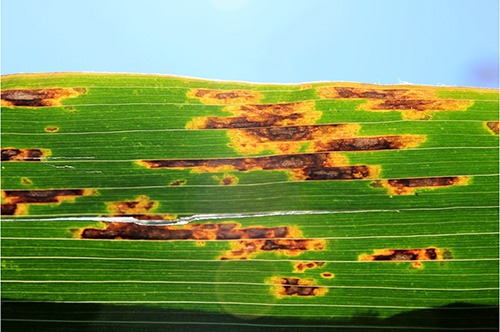 As the climate changes, plants face an increasing amount of physical and biological stress, such as the bacterial infection seen on this corn leaf. Michigan State University researchers are working to understand how plants respond to these stresses to help crops stay productive. Credit: Martin Chilvers, MSU.

Over the next 35 years, Thomashow would accumulate pieces of the puzzle and numerous distinctions along the way. He’s now a University Distinguished Professor Emeritus and an MSU Foundation Professor Emeritus; he’s a member of the National Academy of Sciences; and he’s a fellow of the American Association for the Advancement of Science, the American Society for Plant Biology, and the American Academy of Microbiology. As he filled in the puzzle, he also found new ideas to investigate with his colleagues.

“That’s the nature of research, it always leads you to the next question,” Thomashow said. But his new project was a bit of a surprise. He had not anticipated that a protein involved in a plant’s response to cold temperatures would also have a major role in its immune response.

“That’s one of the fun things about science,” he said. “Sometimes it’ll throw you a curveball.”

Along with Thomashow, Yongsig Kim and Brad Day are helping lead the new NSF Plant Genome project. Kim is a senior research associate in the MSU-DOE Plant Research Lab, and Day is an MSU Foundation Professor in the Department of Plant, Soil and Microbial Sciences. Kim and Thomashow have experience working on a plant’s response to low temperature while Day has spent his career studying plant immunity.

What’s brought them together for this project is a type of protein known as CAMTA, or calmodulin-binding transcription activator.

“CAMTA is really cool,” Day said. “It’s involved in both immunity and cold response. It’s involved in gene expression and gene repression, so it’s like an accelerator and a brake.”

Depending on the situation, CAMTA can turn certain genes on or others off to help the plant respond to biotic and abiotic stresses. The question, of course, is how the heck does it do that?

Although the team is working out the how, the why that motivates the team is very clear. “The one word answer is food,” Day said. And, with the university’s rich agricultural history, “that’s something that is very personal to us at MSU.”

Plants are sensitive to their environments. They’ve adapted to their location and climate. When that’s upset, even by a small amount, it can significantly impact crops yields and food sustainability.

“Climate change can muck things up,” Day said. With nature and weather shifting, scientists need to focus on what they can control to help plants thrive.

“We can’t change hurricanes. We can’t change the Gulf Stream,” Day said. “But we can try to help plants cope with changes in climate and the introduction of new pathogens and pests into areas where they previously did not exist. I think CAMTA plays a big role in regulating a plant’s ability to respond to a diversity of stress responses.”

With the grant, the team will explore how CAMTA works not only in Arabidopsis, a popular plant model for scientific studies, but also crops including corn, soybean and tomato. The different crops grow better in different locations and climates, which will help researchers better understand how everything is connected — plant immunity, temperature response and gene regulation — in different settings.

And those aren’t the only connections the team will be working on. The grant funds an outreach component, which the team is using to connect with Spartan students to help them better understand the food they eat.

The team will work with Sheril Kirshenbaum, host of MSU’s Our Table, a program designed to start community conversations about food. The goal is to help students better understand where food comes from, how it is produced and what people can do to produce it sustainably. To do this, team members will meet with students in dining halls on campus.

“Food is that great unifier. We all eat,” Day said. “And you can’t talk about food without talking about plants. We’ll get into the weeds with them if they want to go there.”

With the new NSF grant, the team is eager to deepen humanity’s understanding of plant science while making an impact in the Spartan community.

“It’s a beautiful collaboration,” Thomashow said. “It nicely brings together these different areas of expertise”

“We’re really excited about how transdisciplinary this project is,” Day said. “There is no better place to do this project than MSU.”