Majestic flippers instead of legs put the “sea” in sea lions, yet in New Zealand, the endangered beasts are dragging their bulky way back to forests and back yards in a story of conservation success and complicated opportunities.

Michigan State University doctoral student Veronica Frans and colleagues have come up with a new way of redefining the endangered New Zealand sea lions’ habitat in the face of expanding populations. The work will help take the surprise out of coming across sea lions on a forest hike or on a back porch. Which is already happening there.

The work appears in this month’s journal “Methods in Ecology and Evolution.”

Frans and colleagues from New Zealand, Germany and Belgium worked to supersize the information that comprises species distribution models to include much more information that more realistically reflects where the sea lions are going. Conservation managers have long complained these models don’t reflect reality, so creating a better tool can identify barriers to appealing habitat and help people prepare to welcome conservation success. 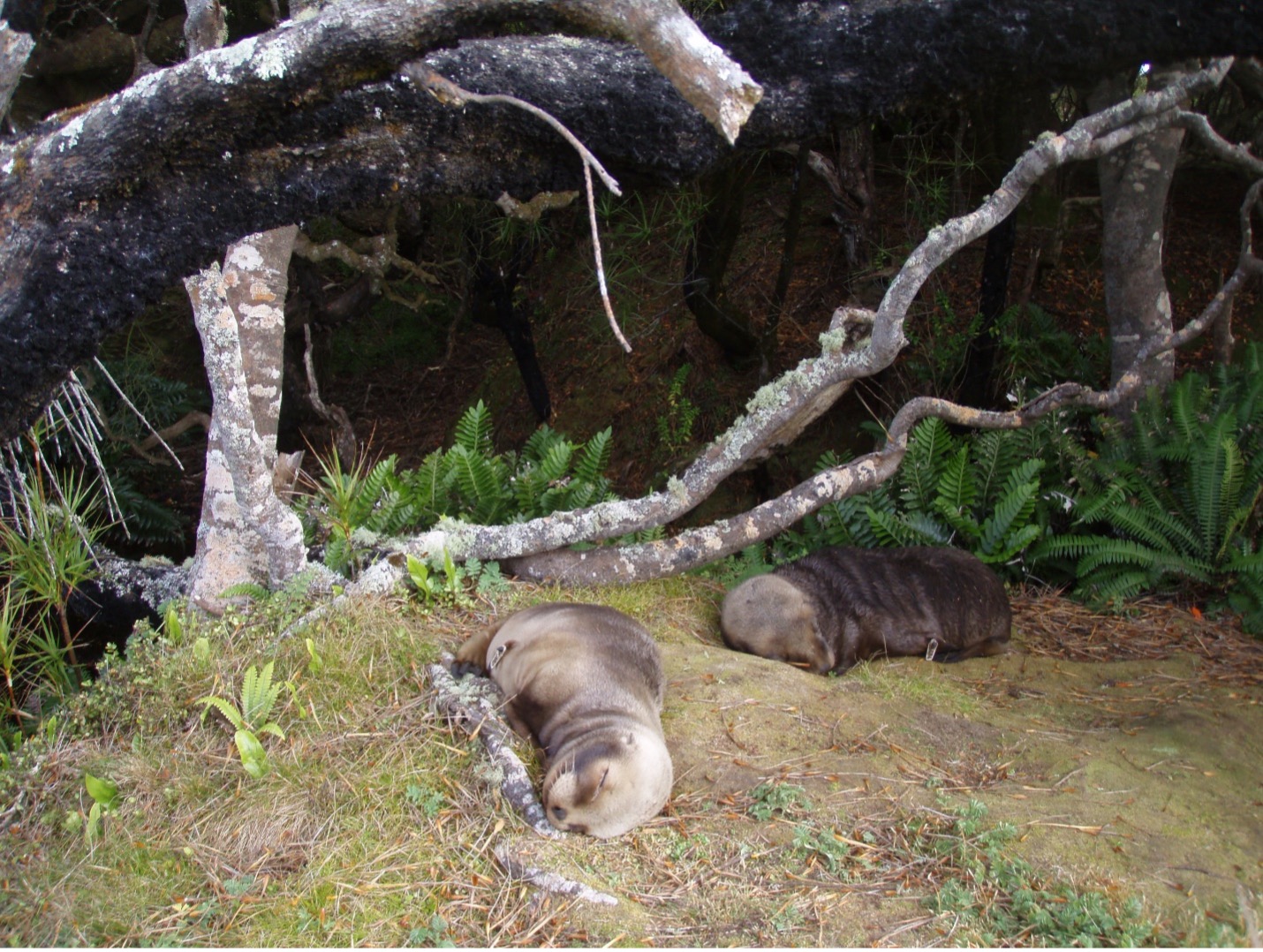 “It’s one thing for wildlife rangers to look out for sea lions on sandy beaches, but it’s another challenge for them to tromp through forests to find baby sea lions hiding under the trees,” said Frans, who is a member of MSU’s Center for Systems Integration and Sustainability. “While we can’t know for sure where female sea lions will go on the mainland, we can use models to make helpful predictions.”

Humans drove New Zealand sea lions off the mainland to nearby islands over 200 years ago. There are an estimated 12,000 left, and New Zealand’s sea lions are among the rarest in the world. Conservation efforts to protect the creatures have created populations large enough to return to the mainland. Mother sea lions are protective of their young and have been found up to 2km (a little over a mile) into the forest.

While encountering a baby sea lion under a pine tree is, well, adorable, there are many perils to both the animals and to people. Their potential habitat includes barriers such as roads, livestock fencing and commercial pine forests. Sea lions there have been hit by cars and killed deliberately. Moreover, sea lion mothers, which weigh up to 160 kg (about 350 pounds), are ferociously protective of their pups. 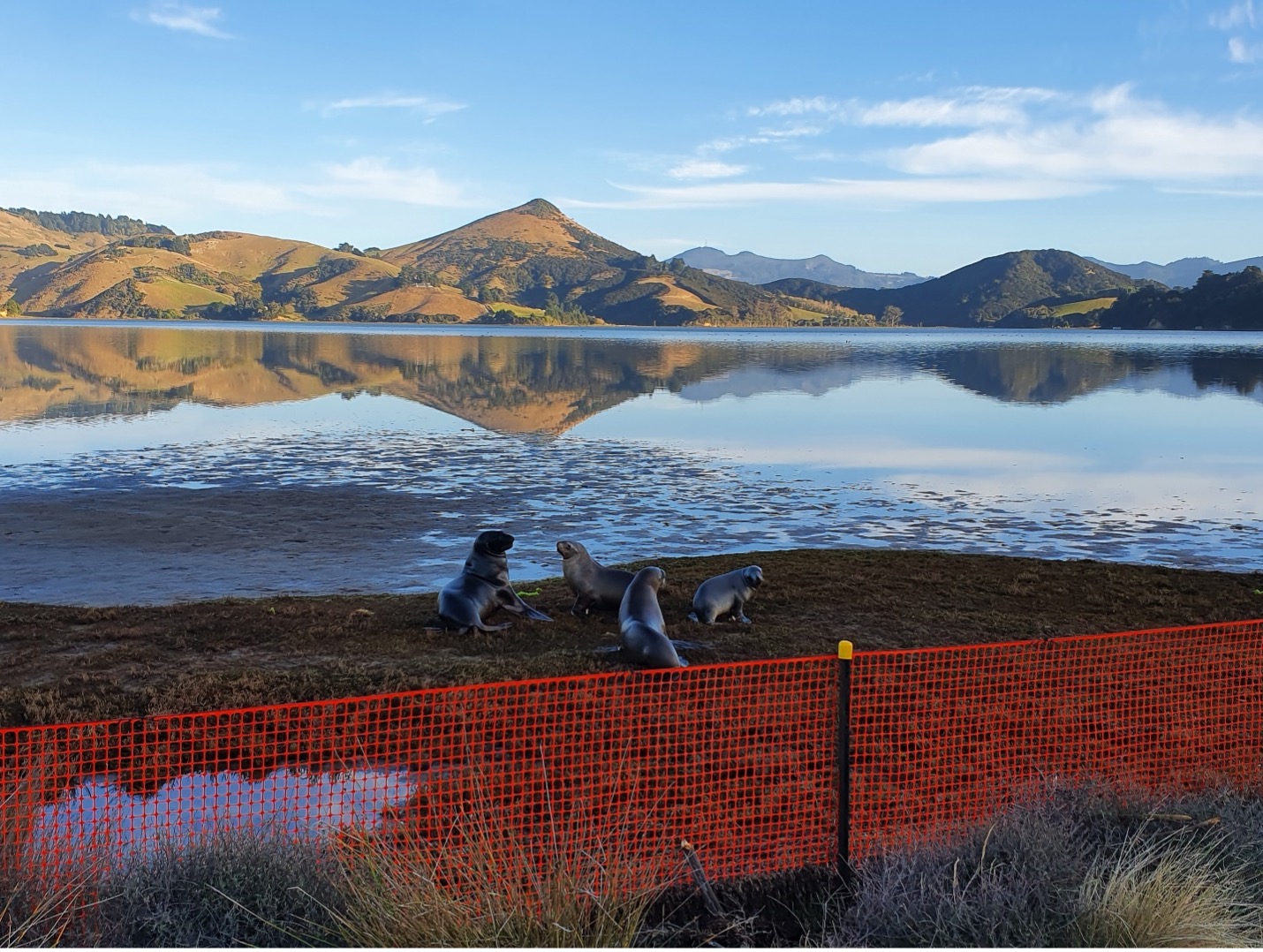 Frans and her colleagues developed a framework to create an integrated species distribution model database. It uses several models to capture female sea lions’ breeding habitat requirements and inland movement – sand, grass, and forest for different times in the season, slopes and cliffs to check access, inland water and other land features, as well as data that showed human impact – roads, farms, residences. These models were informed using tracking data from sea lion colonies on nearby islands and working closely with the New Zealand Department of Conservation.

“There is currently only one official breeding colony on the mainland right now, and only a few other spots where they’ve had pups, but the populations are still small,” Frans said. “Nearly 400 sites seem like an incredible potential for a bright future for these sea lions. All signs point to many more sea lion pups in the future, if we do our best to welcome them.” The maps the team created are available to the public to be used to identify potential hazards and explore new habitats as the charismatic animals hedge their way home.