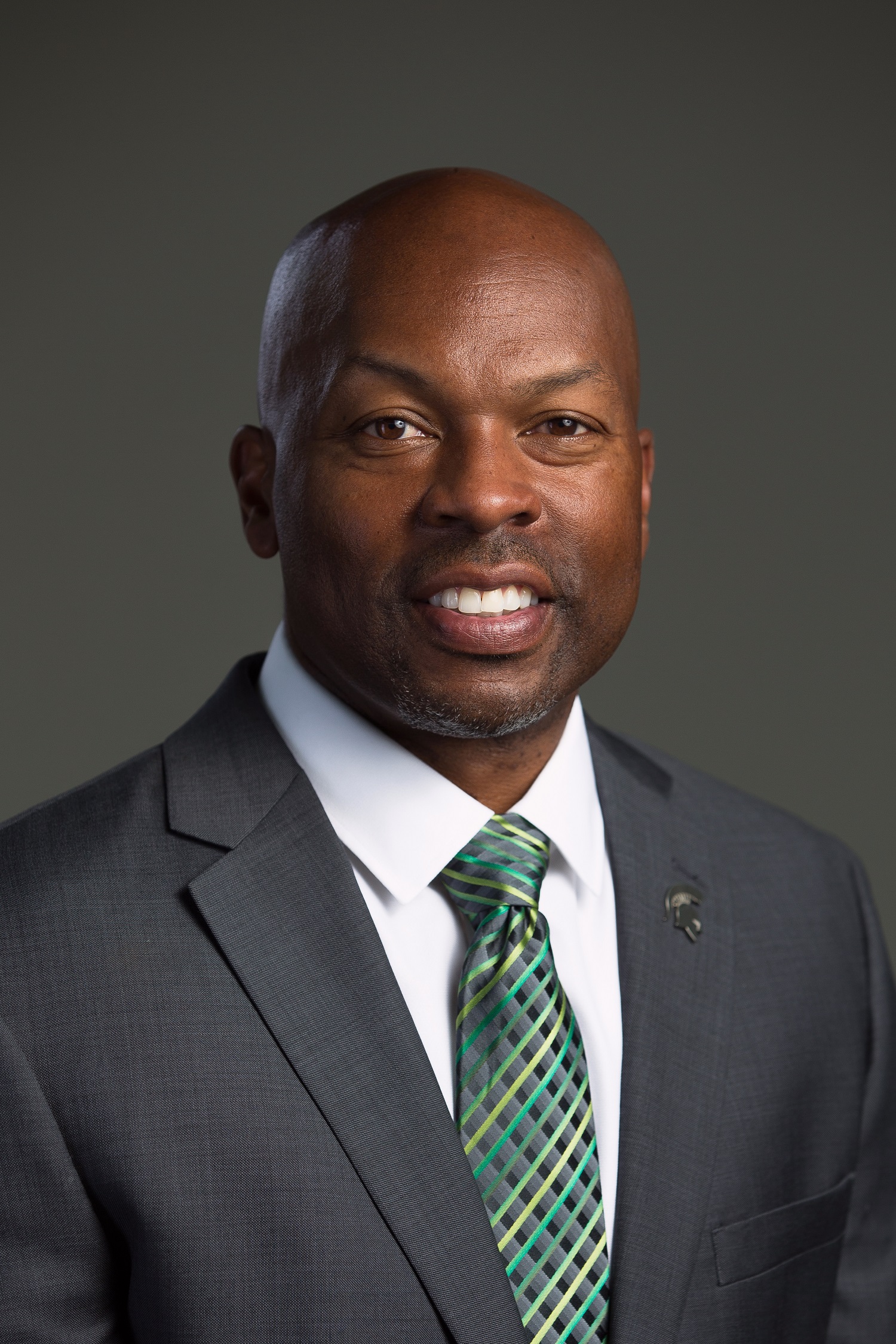 “Alan has been a leader in developing athlete administrators and broadening the depth and breadth of our diverse talent within MSU Athletics,” Stanley said. “His professional accomplishments, integrity and leadership make him the best choice to move our programs forward during a constantly evolving college athletics landscape. And his understanding and perspective as a former student-athlete will benefit Spartan athletes for generations.”

Read what students, coaches and colleagues are saying about Haller.

Former Athletic Director Bill Beekman announced in early August he was taking on a new role at MSU as vice president for strategic initiatives to assist with strategic planning implementation. A national search for a new athletic director began immediately, assisted by Collegiate Sports Associates.

“Alan is a remarkable leader and an accomplished and well-rounded administrator who has been instrumental in setting up MSU Athletics for continued success,” said Dianne Byrum, chairperson of the MSU Board of Trustees. “Our nationwide search led us back home to a leader who is steadfastly committed to the success of our institution and its student-athletes. I have full confidence that Alan will continue to move MSU Athletics forward with a vision that focuses on student success, competitive excellence and integrity in all that we do.”

A former MSU football player and member of the track and field team as well as a former cornerback in the NFL, Haller joined MSU Athletics in 2010, following a 13-year career with the MSU Department of Police and Public Safety. He is credited with being part of the successful efforts to recruit MSU’s all-time winningest coach Mark Dantonio and current MSU Head Football Coach Mel Tucker. He also championed the addition of the department’s inaugural chief diversity officer, Ashley Baker.

Haller has held several roles in MSU Athletics, including senior associate athletic director and chief of staff. Most recently, as deputy athletic director he was responsible for coordination of external relations, capital projects, athletics facilities and event management. He assisted with the department’s financial planning and management of the budget, led the facilities planning team and oversaw coordination and completion of a facility master plan while supervising all athletics construction projects.

“Being a student-athlete at Michigan State was a transformational experience in my life. My time as a member of the Spartan football and track and field teams laid the groundwork for everything that’s followed,” Haller said. “To this day, with every major decision and event, I rely on the principles that were forged as a student-athlete. It’s my job to make sure our current and future student-athletes experience the same transformation, reaching their highest potential both academically and athletically. The phrase ‘Spartan for Life’ signifies our commitment to our student-athletes and does not end when they leave MSU.

“Spartan athletics is filled with amazing student-athletes, talented coaches and dedicated staff. Together, we will work to ensure that MSU Athletics adds value to Michigan State University and the surrounding community. It’s our commitment as a university partner. This is an exciting time in our department’s history, full of limitless possibilities. Only together can we realize those dreams.”

Student success is a keen focus of the university, both in competition and in the classroom. An unwavering commitment to student-athlete success, combined with a mission to ensure MSU Athletics is representative of the student-athletes it serves, made Haller the ideal candidate for the position.

“Alan Haller is intelligent, hardworking, a person of high integrity and a proven leader,” said Kevin Warren, Big Ten Conference commissioner. “Alan has made a positive impact in East Lansing since he arrived on campus as a student-athlete. Prior to his tenure as a professional football player, a member of law enforcement and as an administrator at MSU, Alan had a transformational experience as a Spartan student-athlete. This experience and his dedication will empower Alan to serve the needs of all Spartan student-athletes. We look forward to working closely with Alan as he leads MSU Athletics.”

A four-year letterman as a cornerback under Coach George Perles from 1988-91, Haller earned All-Big Ten honors as both a junior and senior and made three postseason bowl appearances with the Spartans (1989 Gator, 1989 Aloha and 1990 John Hancock). He was a fifth-round NFL draft pick in 1992 by the Pittsburgh Steelers and spent three seasons in the NFL, playing for Cleveland, Pittsburgh and Carolina.

Haller holds a bachelor’s degree in criminal justice from MSU and a master’s degree in human resources from Central Michigan University.

He will be introduced to the Spartan community during a celebration at Breslin Student Events Center at 2 p.m. Tuesday, Sept. 7. The event will be broadcast live on the Big Ten Network.