Want to understand the science of early pregnancy? GOGREEN! 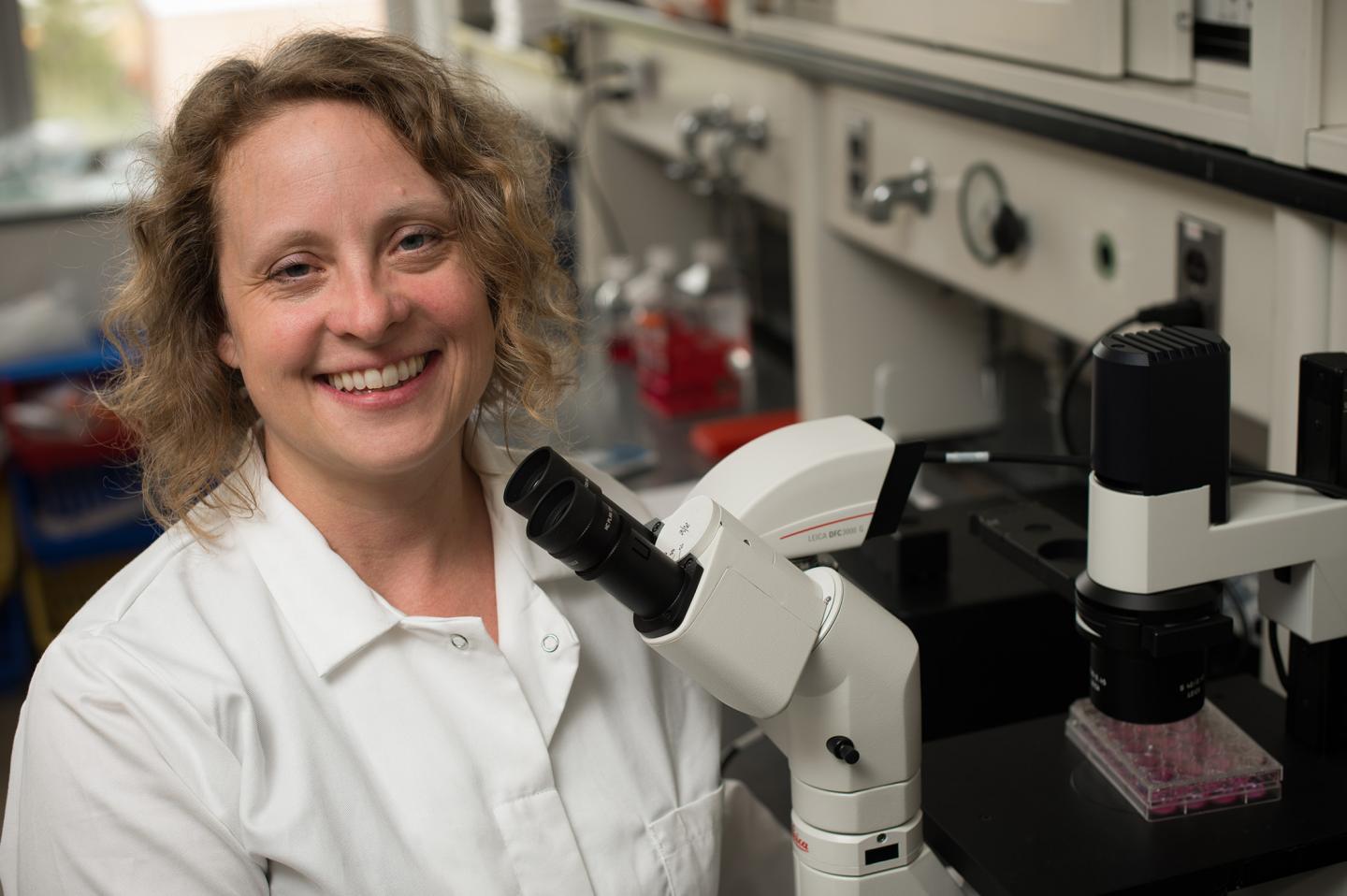 There’s a lot we can learn from glowing cells. Researchers at Michigan State University, for example, are working to shine a light on the mysteries of early pregnancy by studying embryonic cells that fluoresce thanks to a new technique called GOGREEN. Led by Amy Ralston in the College of Natural Science, the team and its GOGREEN system will help researchers study developing mouse embryos faster and more efficiently.

Ralston and her team described its GOGREEN system online on May 26 in the journal Development.

“This gives us a new way to look at how cells change over time, because we image these embryos as they’re living,” said Ralston, the James K. Billman, Jr., M.D. Endowed Professor in the Department of Biochemistry and Molecular Biology. “We’re trying to understand what are the generalizable principles of mammalian development. What we learn could help understand how to make sure people have healthy pregnancies.” 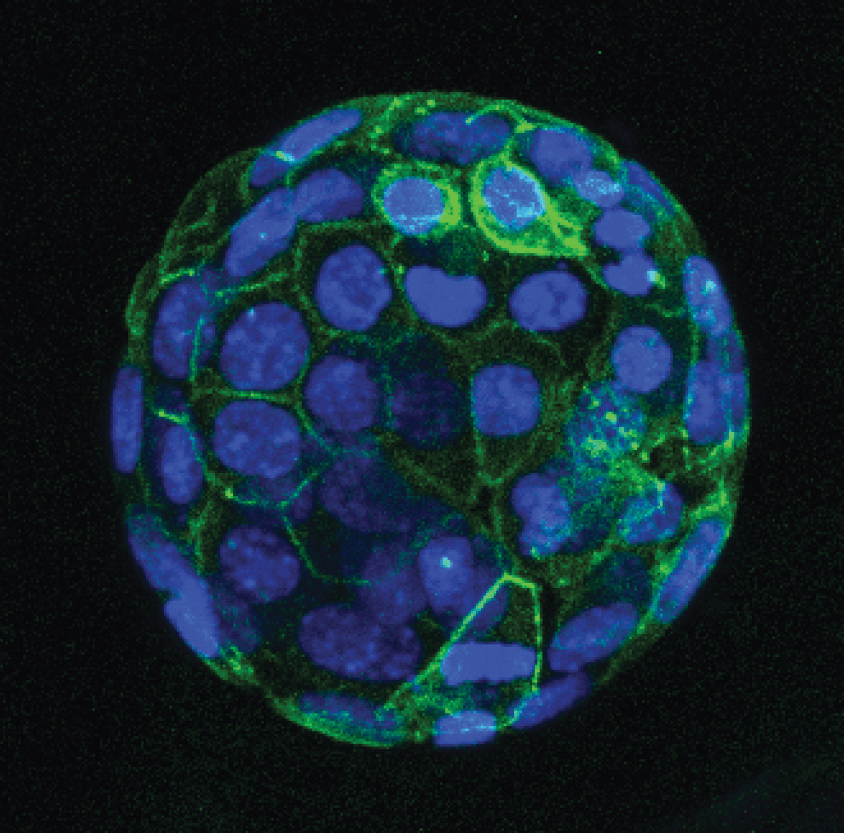 In essence, the GOGREEN system combines the best of old-school techniques and new-school technology to let researchers more quickly and efficiently study embryo development in the earliest stages of pregnancy.

Since the 1980s, scientists have been using fluorescent proteins that glow inside cells to investigate biological processes in mice, an animal model that’s been invaluable for understanding human health and biology. But breeding mice that can pass fluorescent proteins onto their embryos takes at least a year and, even then, there’s no guarantee the proteins will be active in every mouse embryo.

For about the last decade, a technique known as CRISPR has enabled researchers to speedily and selectively tweak the genes of the organisms that they study. In theory, researchers could use CRISPR to quickly and reliably add genes to mice that would make fluorescent proteins. In practice, however, CRISPR works best with short bits of genetic code and, it turns out, the genes that have the instructions for making fluorescent proteins are quite large.

So Ralston and her team devised a compromise. Because conventional methods work for large genes, the Spartans used these techniques to breed mice that had most — but not all — of the genetic information needed to make fluorescent proteins. With this upfront investment of time, then, the Spartans created mouse lineages that were primed for fluorescent studies. GOGREEN works by first breeding mice strains that have most of the genetic material needed to express fluorescent proteins. In a second step, researchers use CRISPR to quickly add the remaining piece exactly where they want it. Courtesy of Development/The Ralston Laboratory

Then, using CRISPR, the Spartans could quickly finish the job, adding the remaining small genetic piece exactly where they wanted it. And by putting that piece in different places within mouse genes, they can illuminate different aspects of embryo development.

“We showed that you can make specific proteins glow inside the embryo using the GOGREEN system,” Ralston said. “And it’s so efficient. We can get close to 100% of our embryos glowing green. Using the old-fashioned methods alone, it would maybe be 1 out of 100 or 1 in 1,000.”

The fact that the proteins glow green certainly helped inspire the name for the new approach, but Ralston admitted there was a bigger motivator.

“We definitely named it for MSU because all of the work was done here,” she said.

The Spartan collaboration included Daniel O’Hagan, a lab technician in Ralston’s research group; Robin E. Kruger , a graduate student in the Reproductive and Developmental Sciences Program and the Cell and Molecular Biology Program; and new faculty member Bin Gu, an assistant professor in the College of Human Medicine. Gu is also a researcher in the Department of Obstetrics, Gynecology and Reproductive Sciences and MSU’s interdisciplinary Institute for Quantitative Health Science and Engineering, or IQ.

“We’re really pleased that IQ could recruit someone like Bin Gu with his expertise in CRISPR and gene editing,” said Ralston, who is excited to continue collaborating with IQ’s experts. In fact, she’s been in talks with several IQ researchers whose interests align with hers: developing cutting-edge tools and techniques to investigate the mysteries of living cells.

This work was supported by the National Institutes of Health.